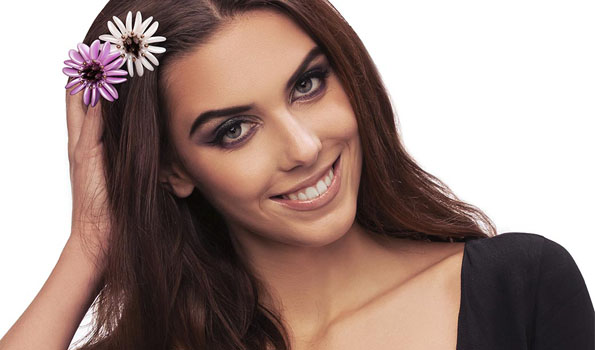 Today, we will show you how to combine PRECIOSA pressed beads with a popular shape which is reminiscent of a flower's petal and the elongated, slender PRECIOSA Thorn™ bead.

The rudbeckia flower sewn onto a metal base plate can be attached to a pin, a round broach base, a hair clip or the flat surface of a ring. 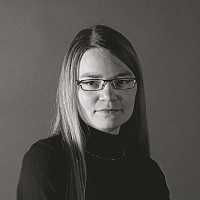 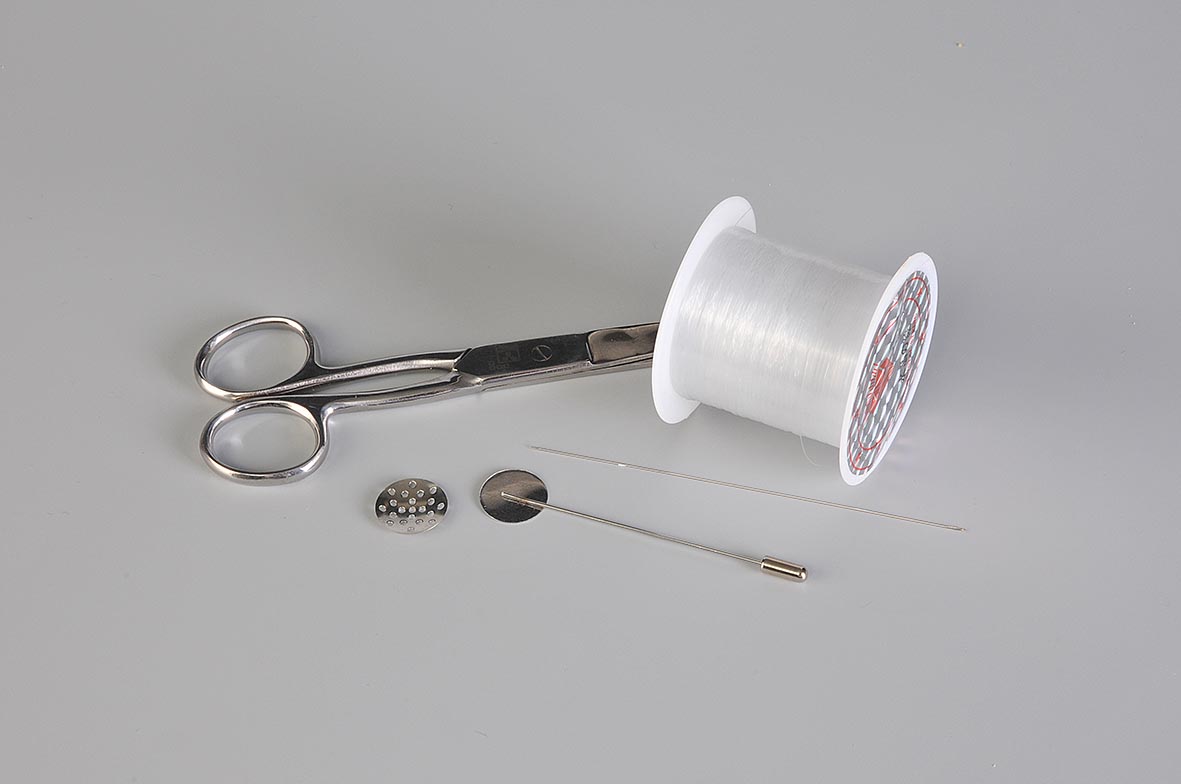 16 mm perforated metal base plate, eight holes around the circumference; a pin with a flat base, a 0.20 mm nylon line; a thin needle; scissors; glue for non-absorbent material

The circle of petals 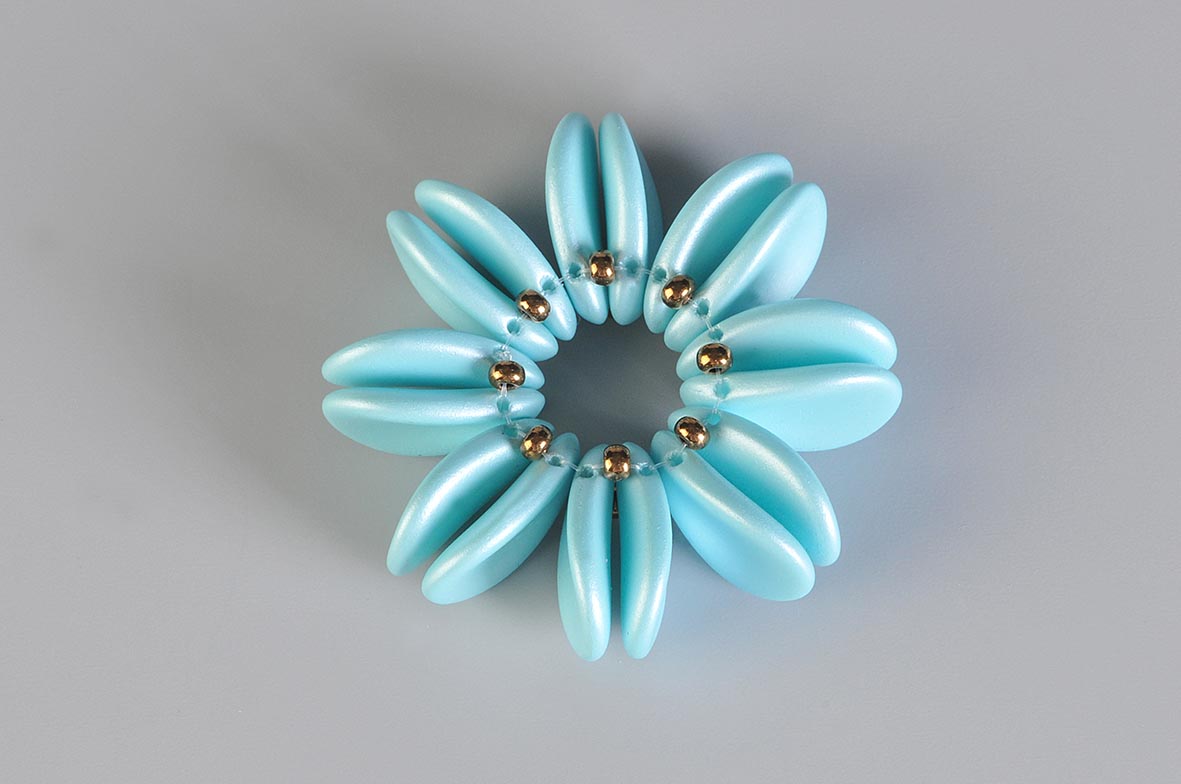 Sewing the flower onto the perforated base plate

Step 7:
Press the central TH together. Place them in the opening in the circle. Sew them to the 4 central holes in the base plate. Unfortunately, the number no longer corresponds to the number of rocailles, so you will have to use the holes which are visible under the TH. 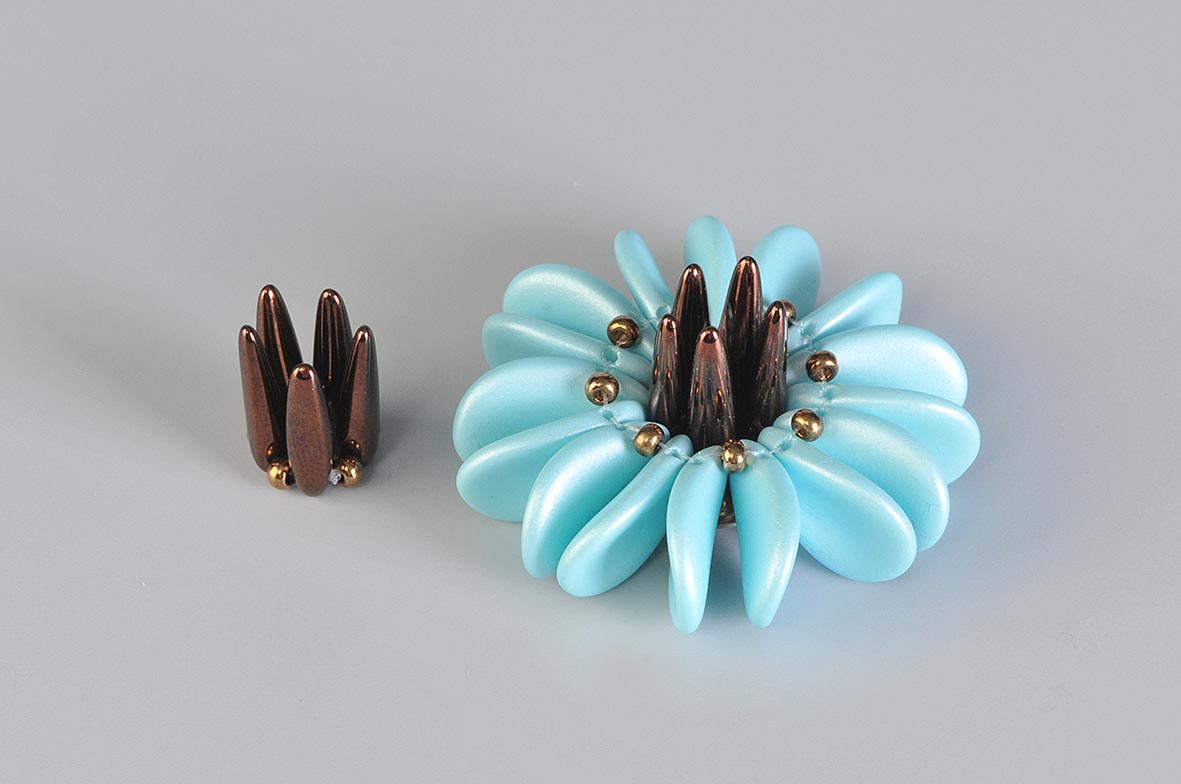 Step 8:
Place 1x TH in the centre. Sew it to the central hole on the base plate. Tie off the line. Cut it off about 3 mm from the knot. 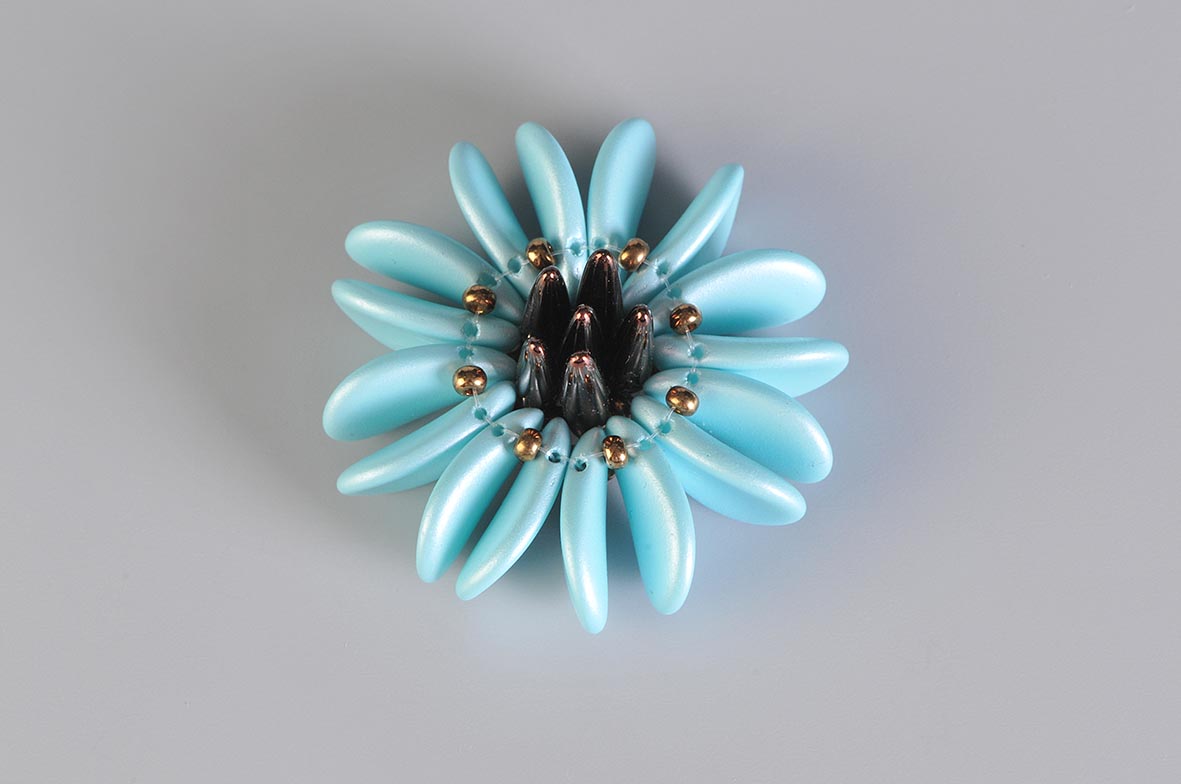 Step 9:
Glue the Rudbeckia to the flat plate on the pin according to the instructions on the glue (fig. nos. 8a, 8b and 8c). 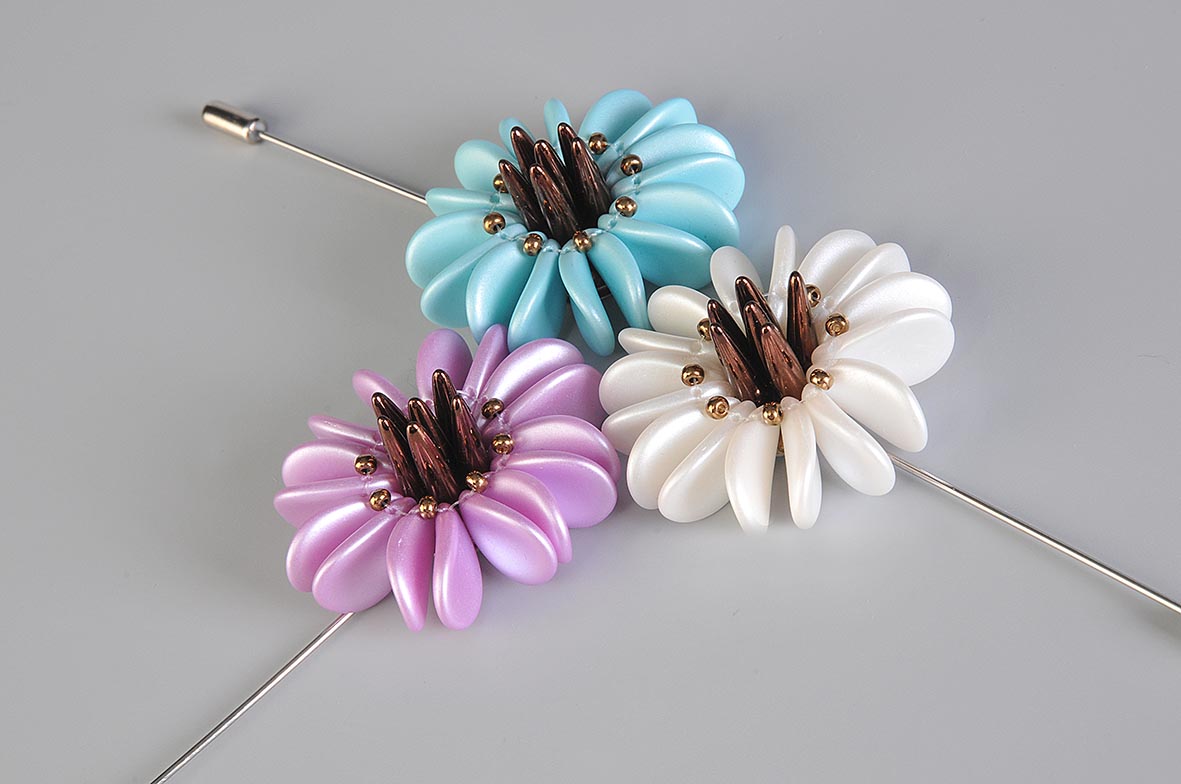 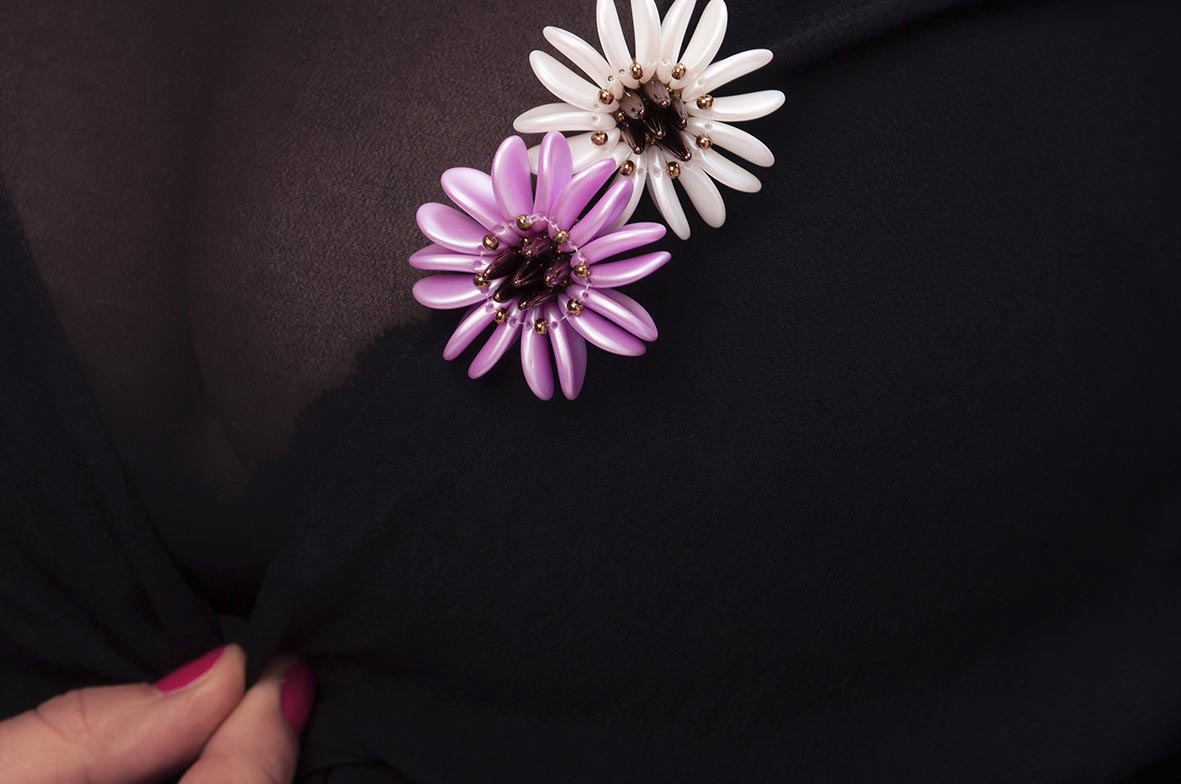 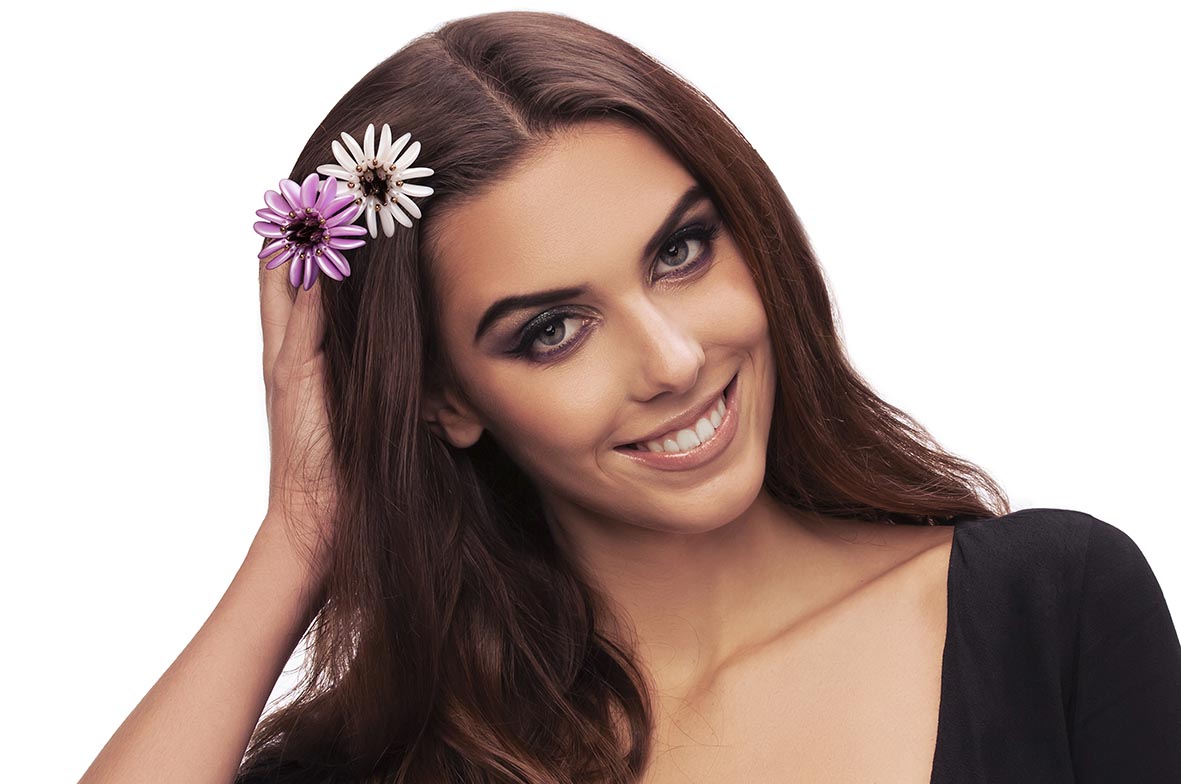