The name Avanturin has been derived from the Italian “a ventura”, which means fortuitously or luck. This is a reference to the fortuitous discovery of aventurine glass, also known as goldstone, at the beginning of the 18th century. Even though the glass was known at an earlier date, artificial goldstone is now the most common imitation of aventurine and sunstone. It can be differentiated from real minerals according to the coarse grains of copper which are distributed in the glass unnaturally evenly. It is usually golden brown, but it can also be found in blue or green.

An exceptional decorative material
which can be used for more than
just luxury glass jewelry.

is suitable for use
in glass applications.

In the costume jewelry and glass industry,
it is either used in the form of granules,
which are used to coat glass rods, lampworking rods or beads . . .

... or it is pressed and cut in order to produce luxurious glass stones which imitate the appearance of the semi-precious stone aventurine.

We offer Avanturin in 3 color variants: 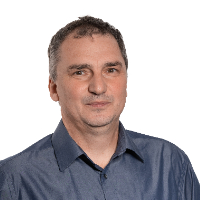