PRECIOSA ORNELA presents a new type of rocaille combining different types of glass, the PRECIOSA Cornelian Star. A cornelian is a rocaille with a round hole, an intermediate layer of white chalk with a rounded edge and an overlay of transparent glass in purple, black, blue, green, turquoise, yellow, orange and red.

The PRECIOSA Cornelian Star is a new type of cornelian which has an intermediate layer in the shape of a six-pointed star. The points of the white core shine through the transparent color overlay and their shadows create the impression of fine stripes. The PRECIOSA Cornelian Star can be manufactured in a size range from 8/0 to 34. The interesting shadowing effect on the surface especially stands out in the larger sizes. 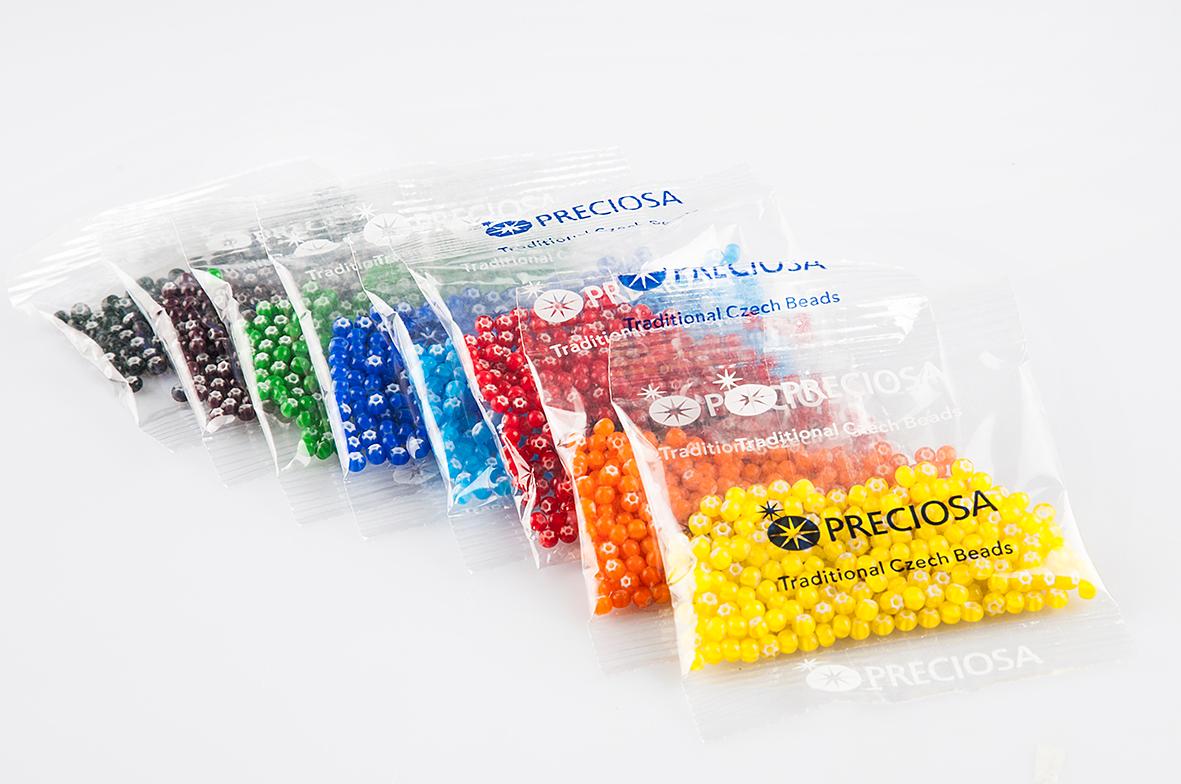 Scissors; a thin sewing needle; flat nosed pliers (to flatten the line for easier threading through the eye of the needle); a 0.25 mm nylon line 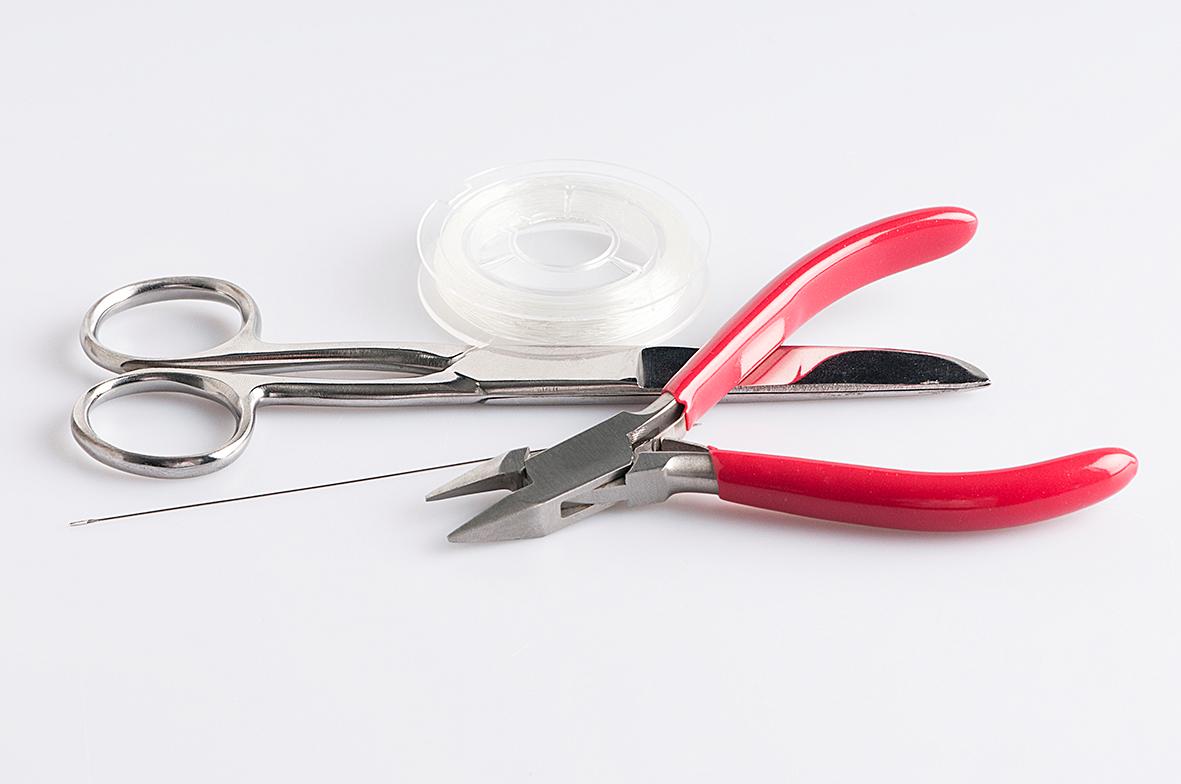 It is very simple beading. You can use different sizes and shapes of seed beads.

Step 2.
Place a further 4x R above each of the R from the initial circle. The newly formed circles will be mutually connected. String 4x R by the first established circle. String 3x R at each of the other three circles. String 2x R at the fifth and last circle. Connect the first and the fourth circles. 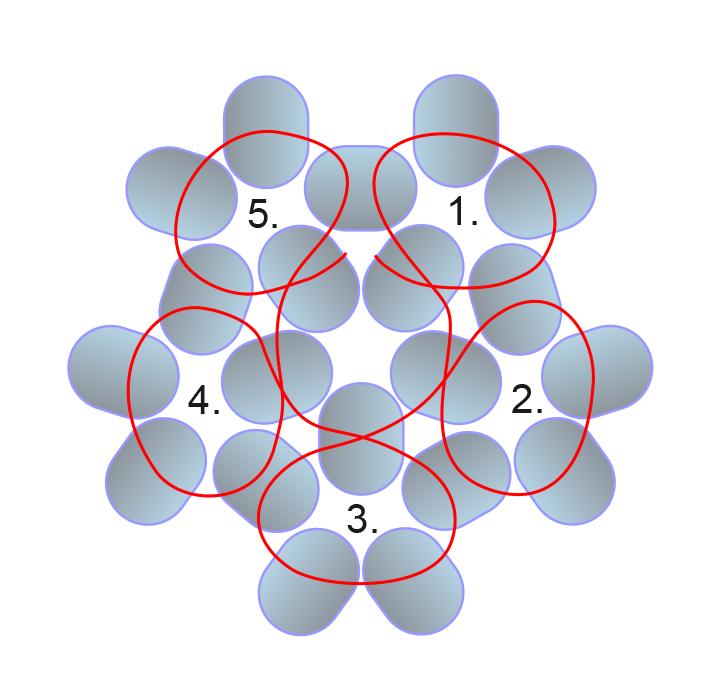 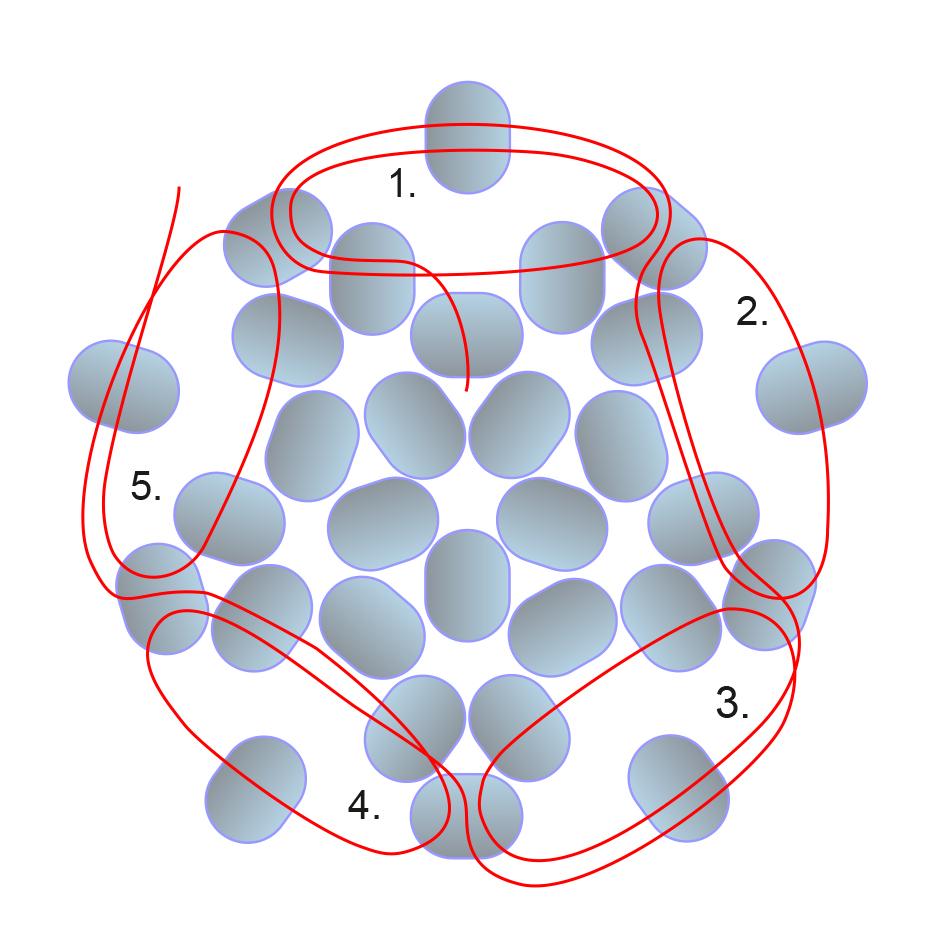 Step 4.
Thread the line through the top 5x R from the previous row, preferably twice. Sew it in. 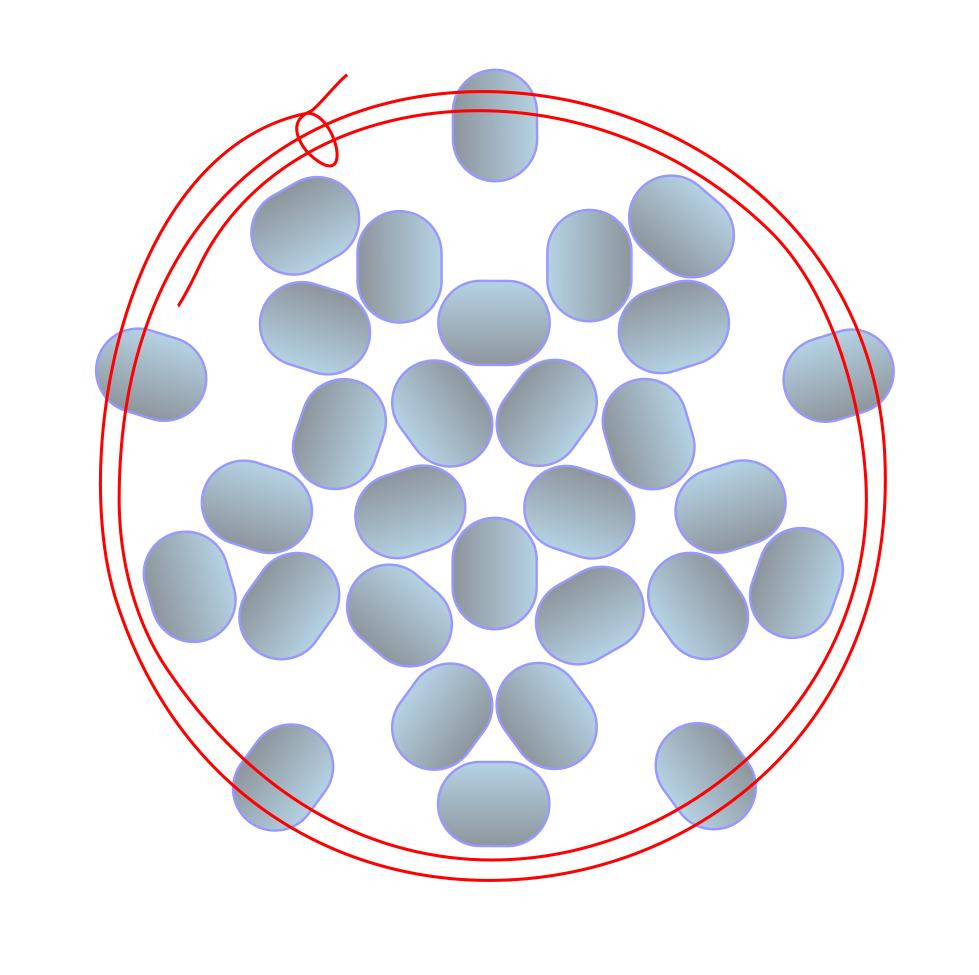 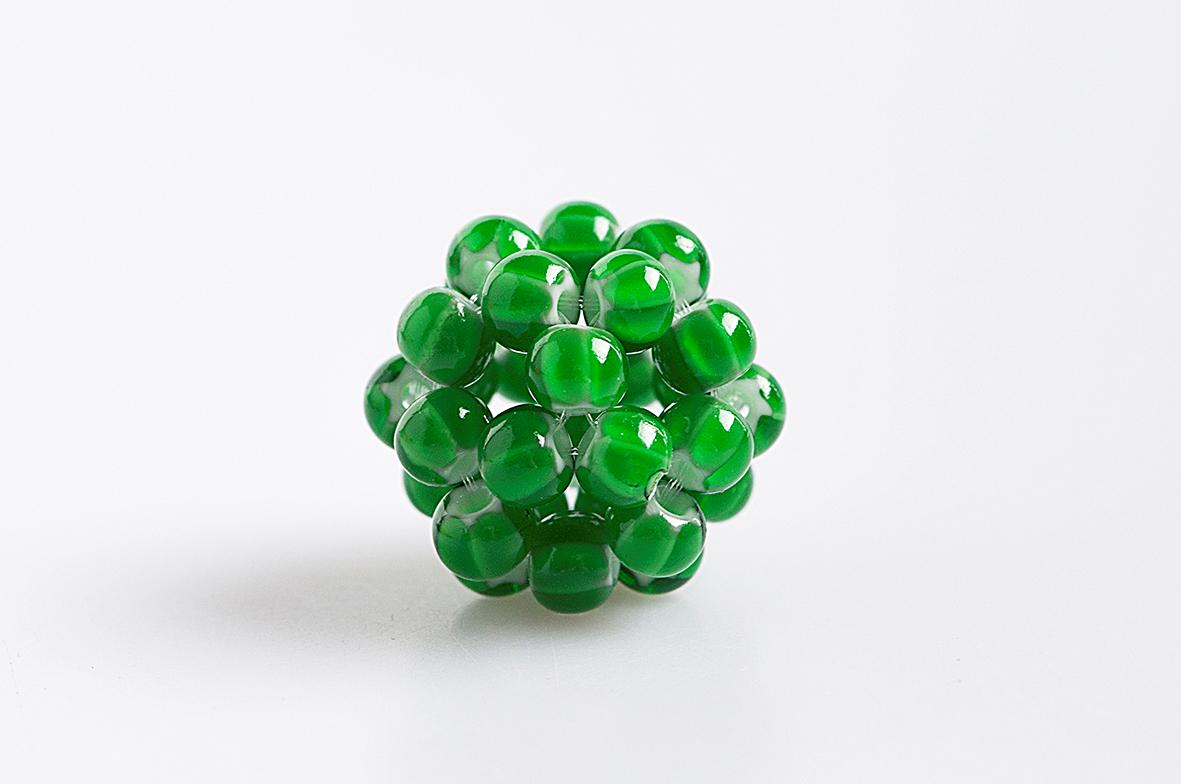 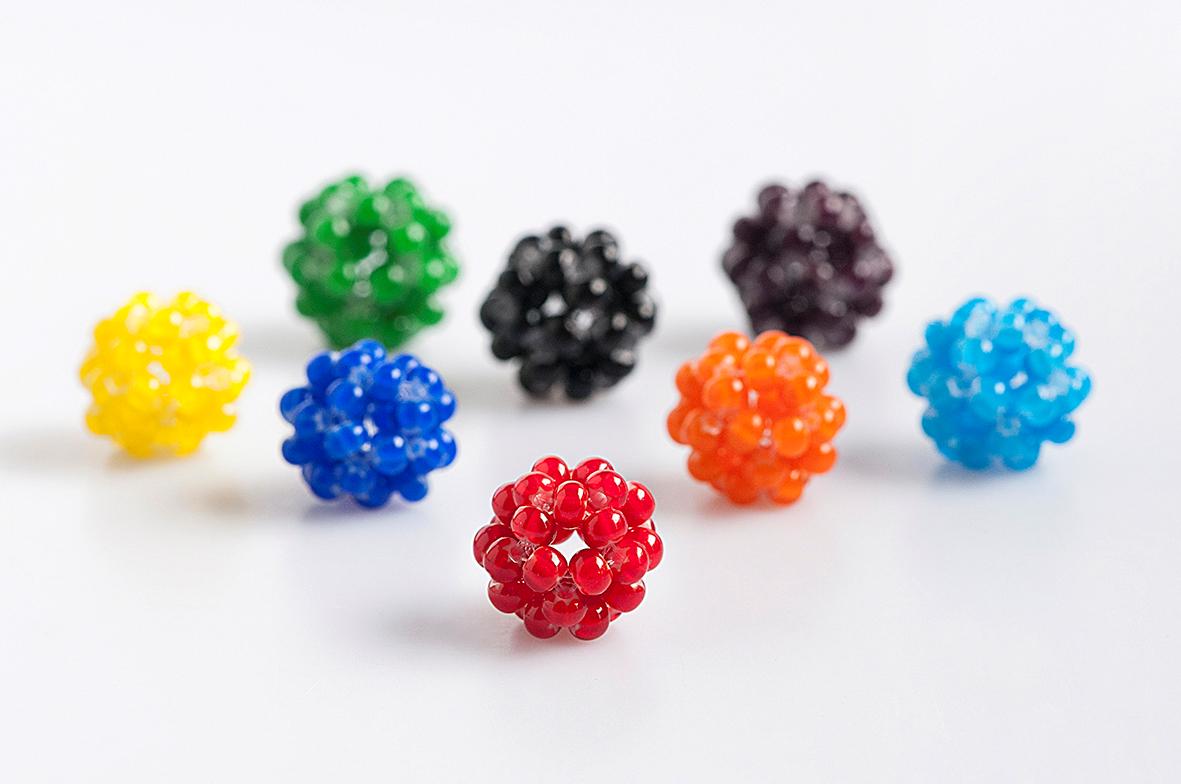 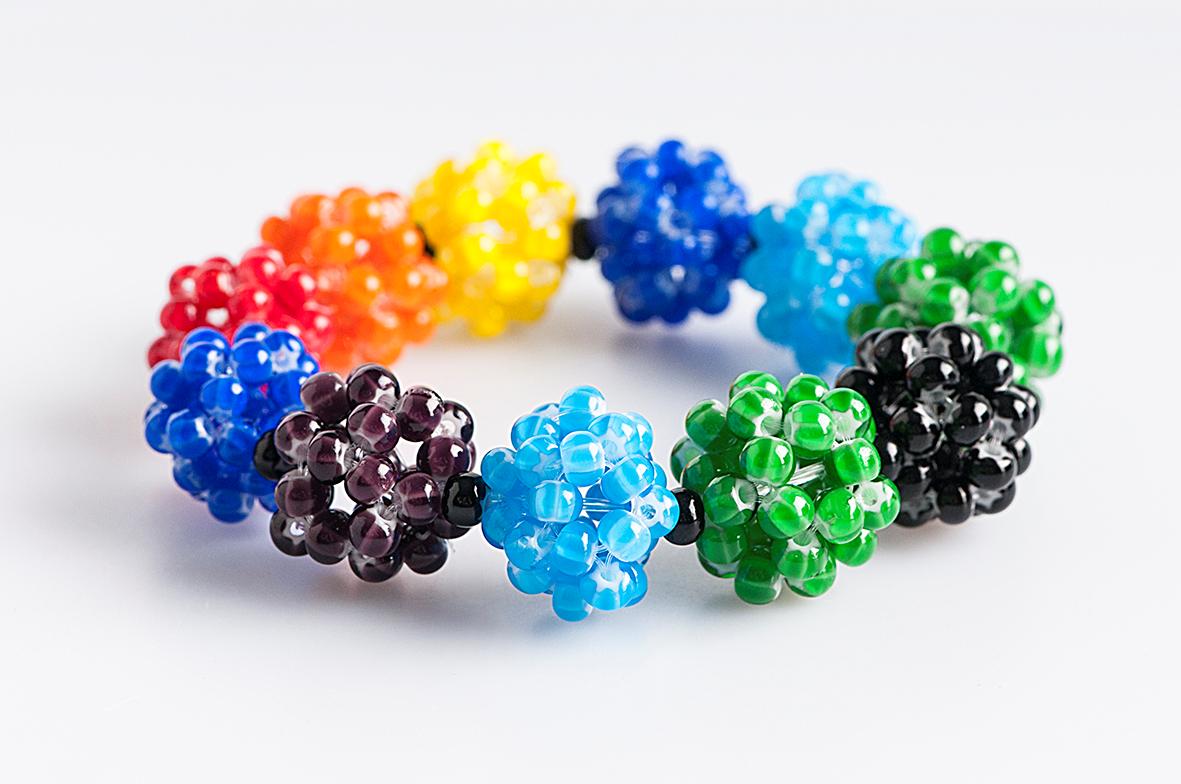 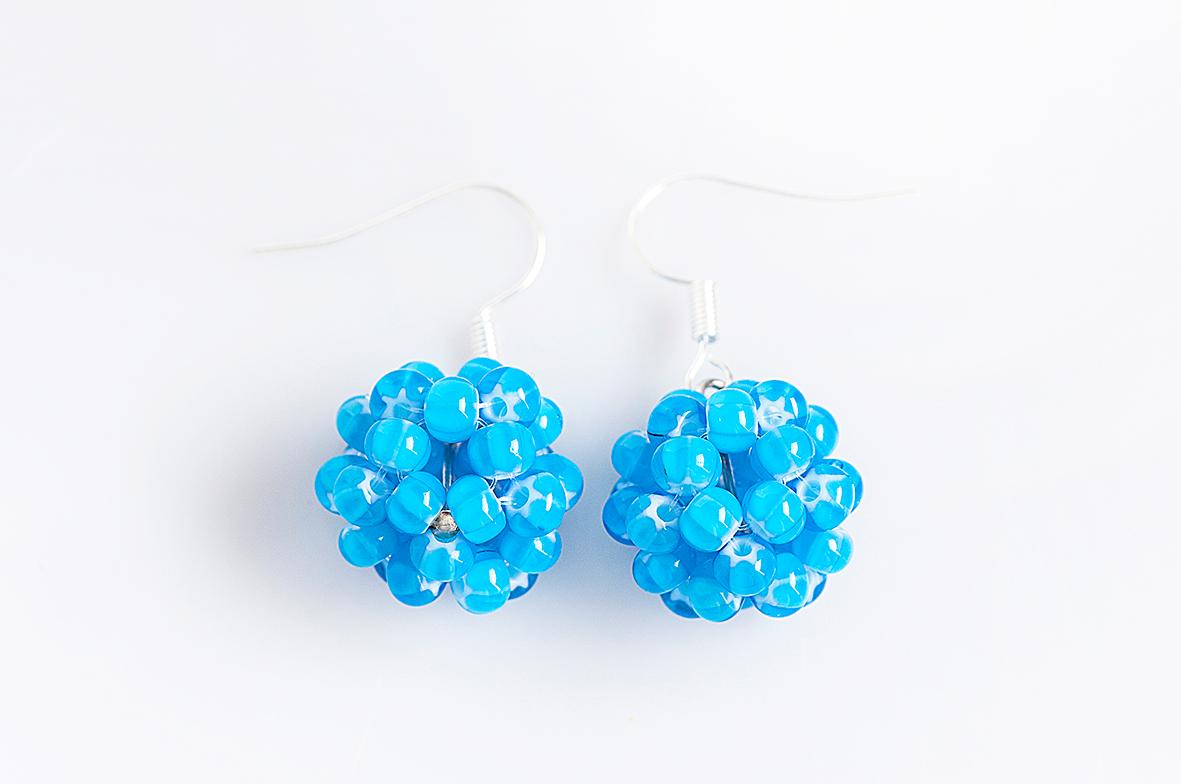 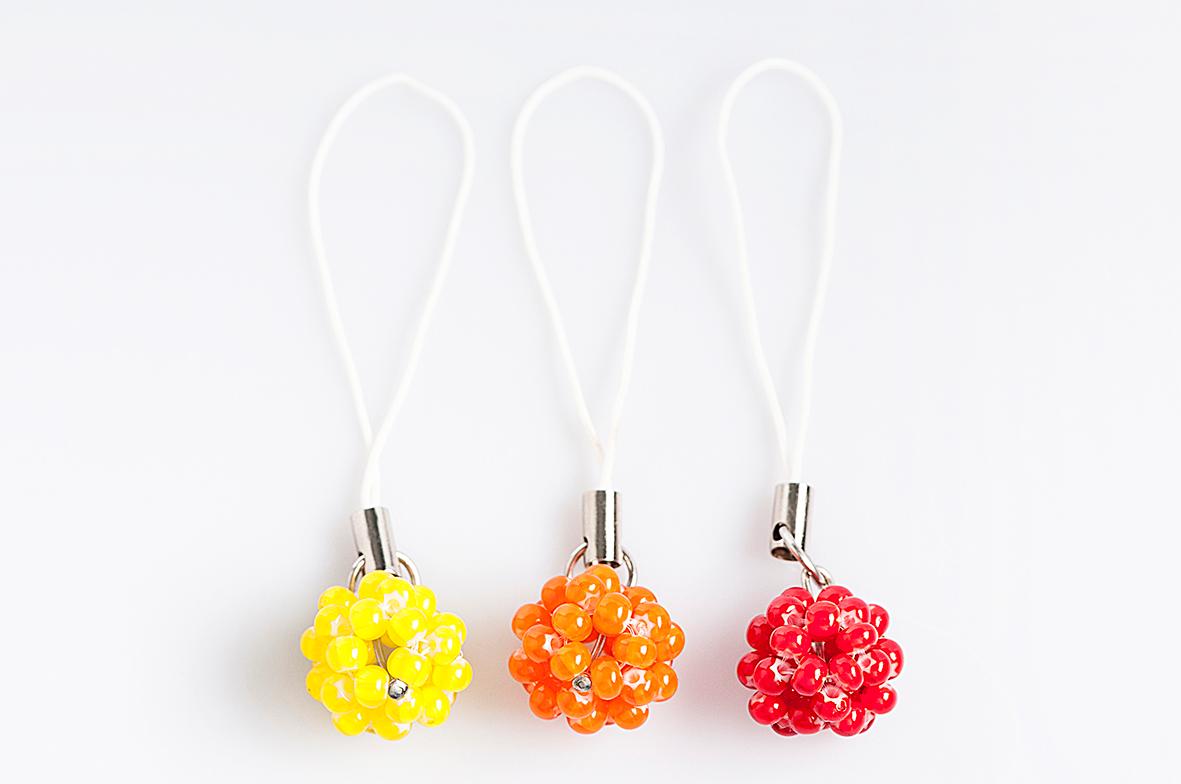 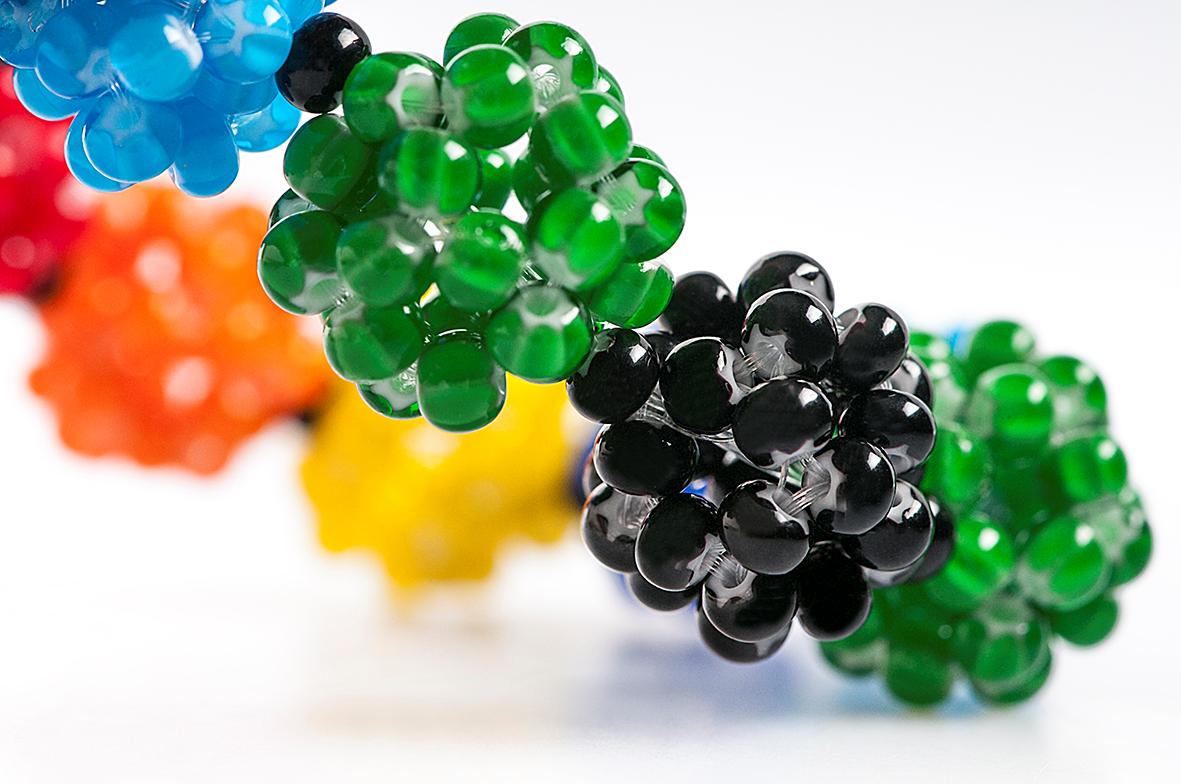 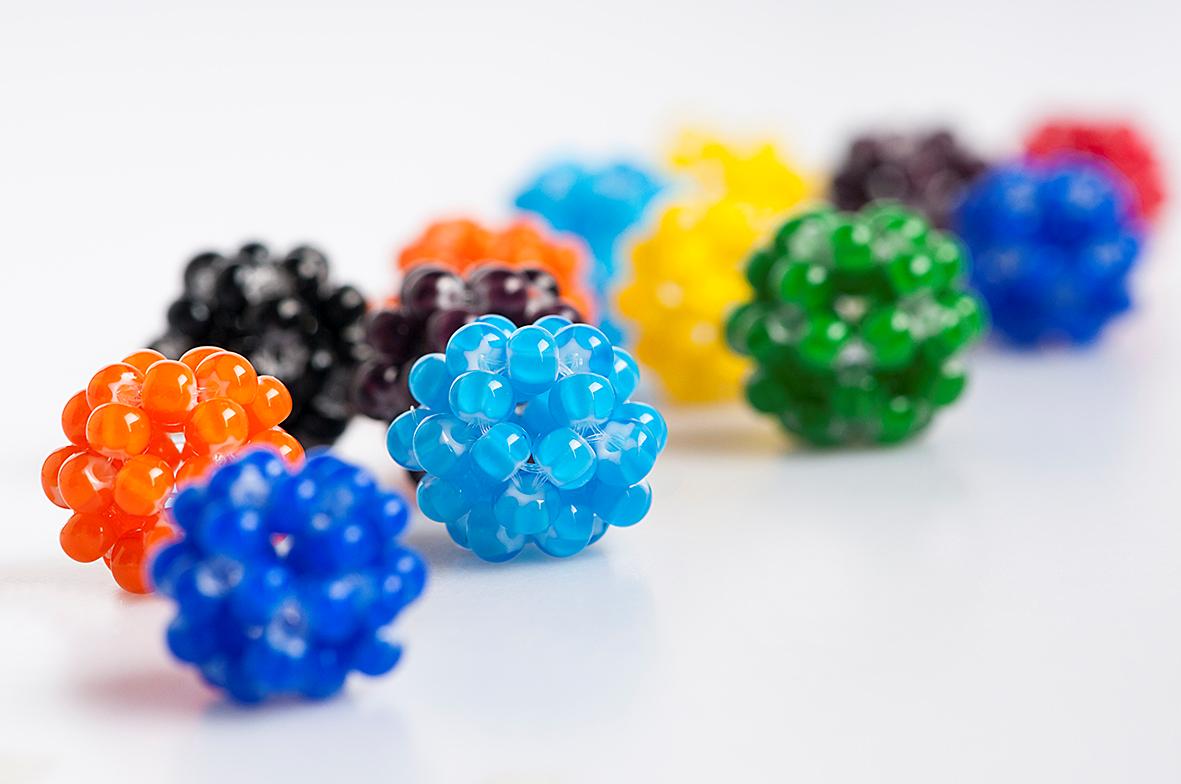 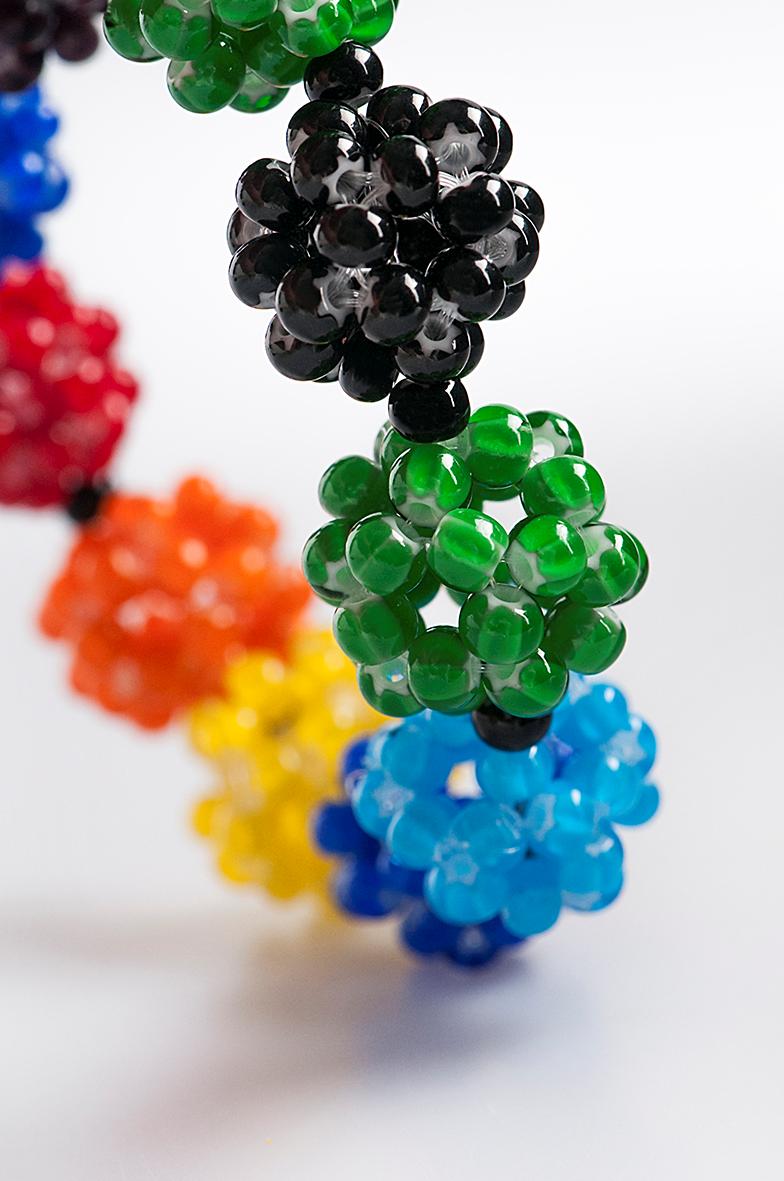