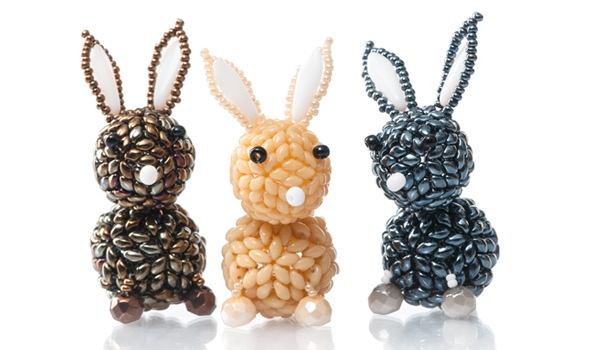 Would you like to beautify your home, invoke a spring atmosphere or welcome in sunny aromatic days. Create little bunnies from PRECIOSA Twin™ Pressed Beads.

The larger sphere – the body consists of twelve pentagons sewn from T1. The internal part consists of 5x T1.

Step 2:
Thread the line through the second hole of the T1. String 2x T1 into each gap. You now have your first pentagon. Each of the others will always have a common wall with the previous ones (one, two, three, four). One wall consists of 3x T1. The central one is tilted into the centre and forms a star. 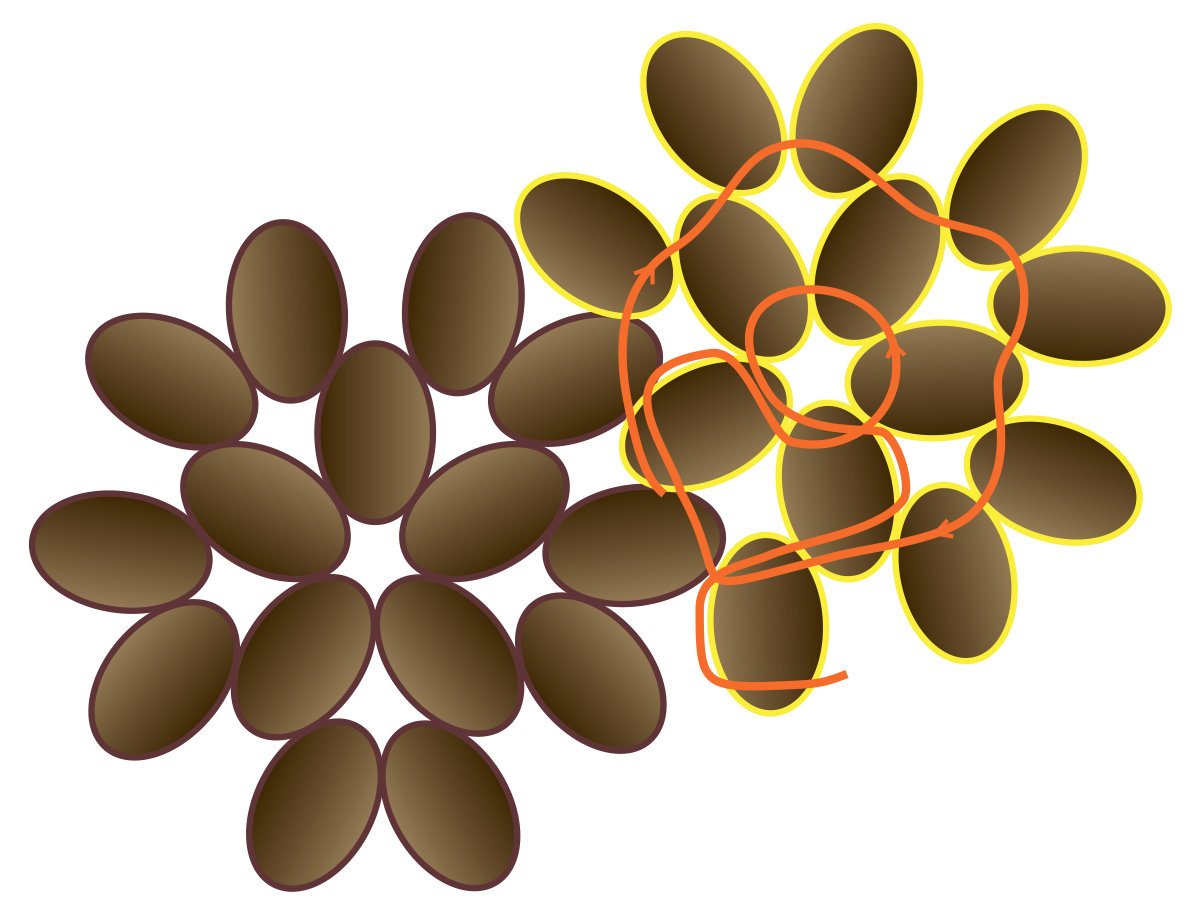 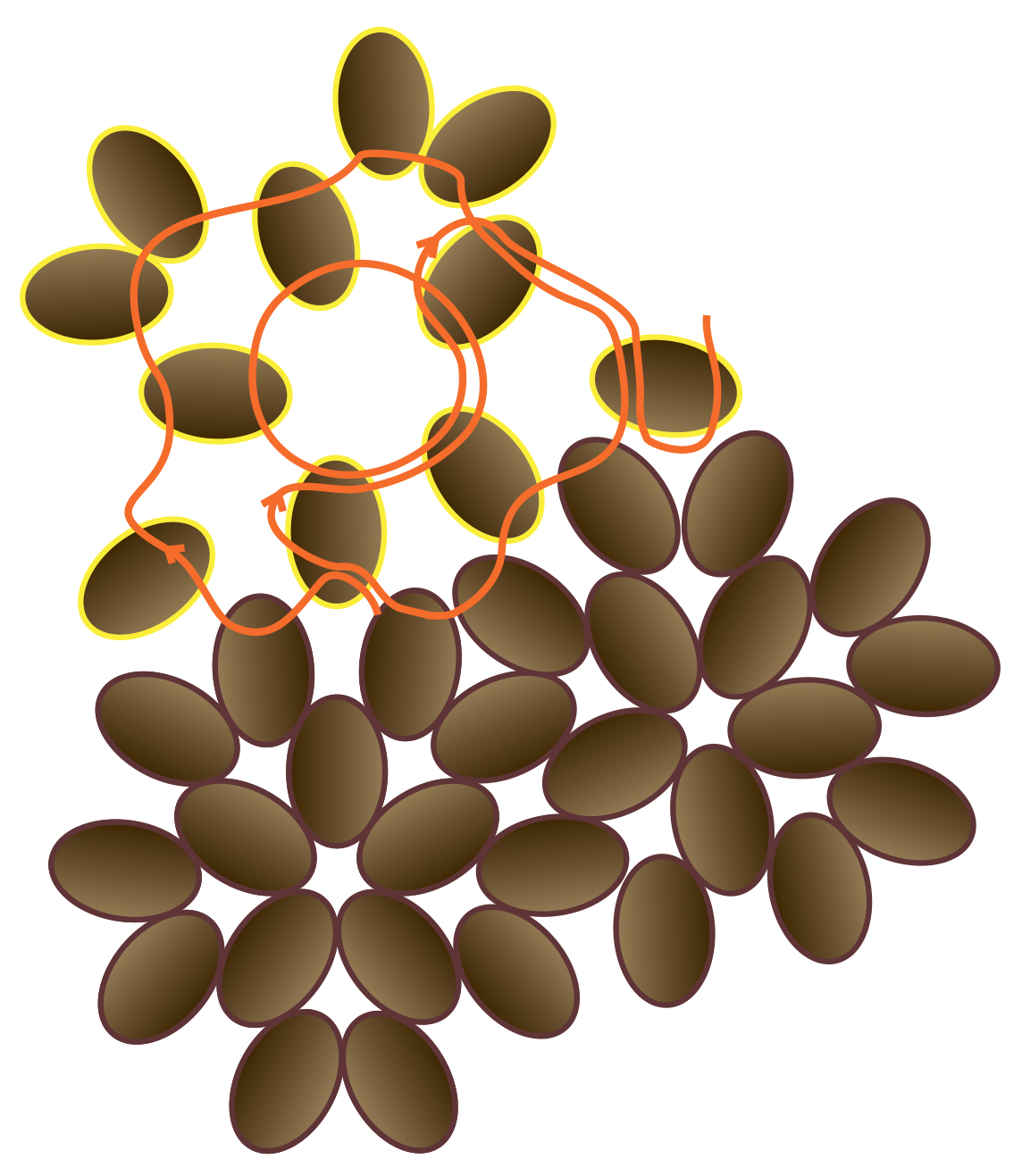 Step 5:
Continue the same way as in Step 4 two more times (the 4th and 5th pentagons).

Step 6:
Add T1 to the gaps in the 6th pentagon. Additionally string 6 (2x 3). Tilt the central T1. Sew through it. Thread the line through to the edge. 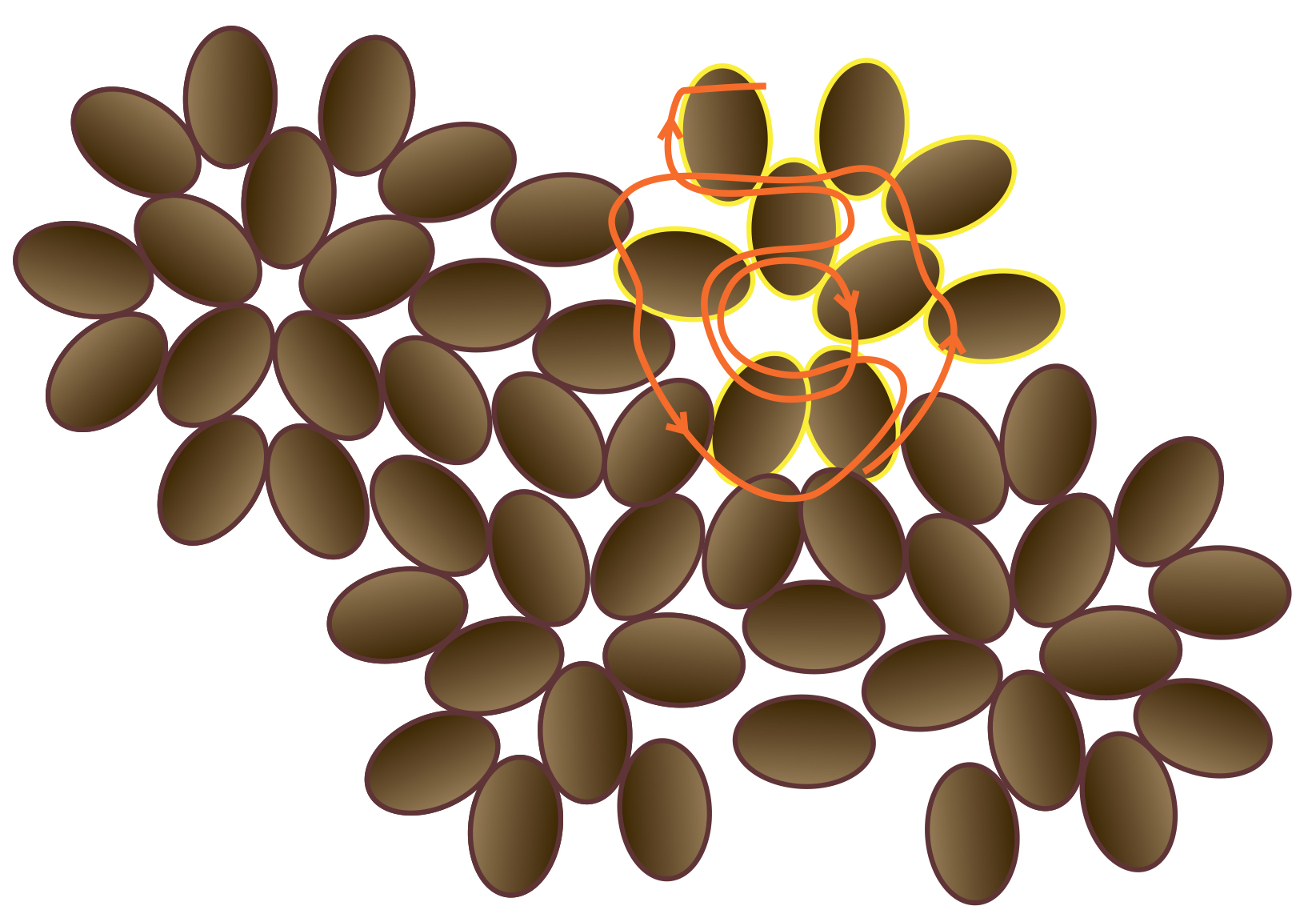 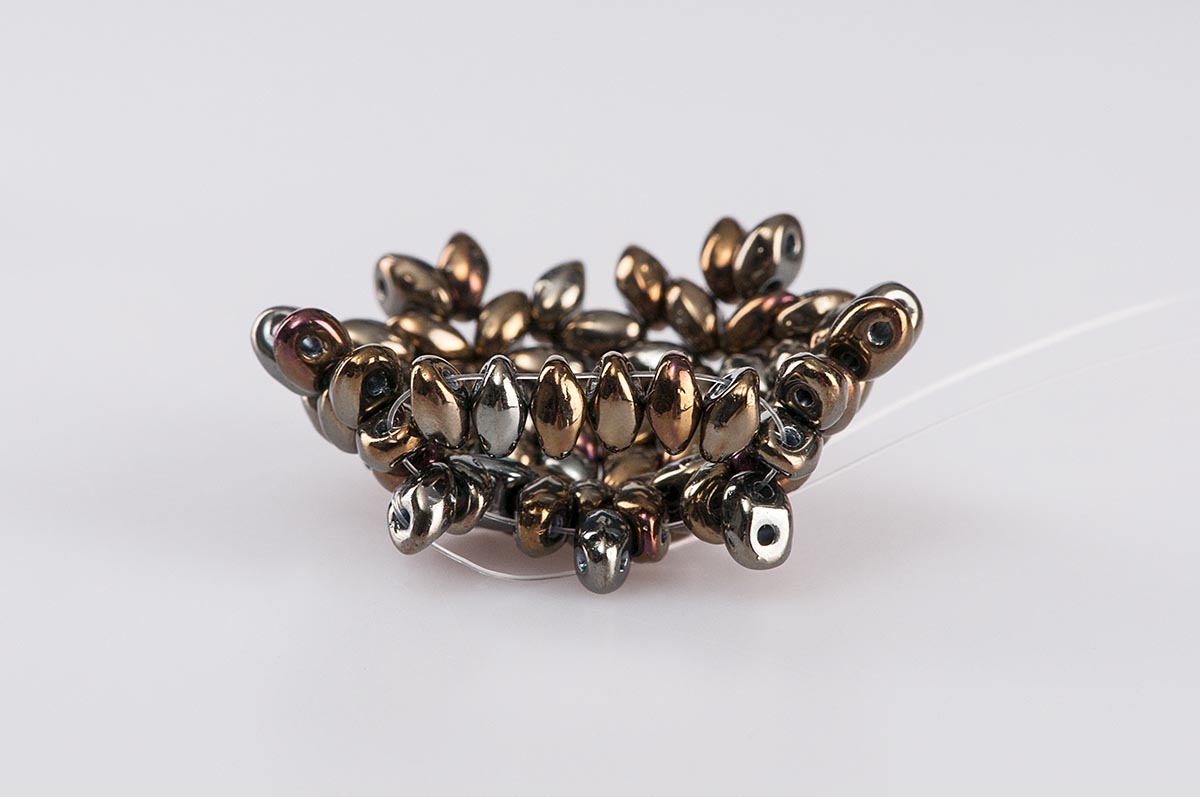 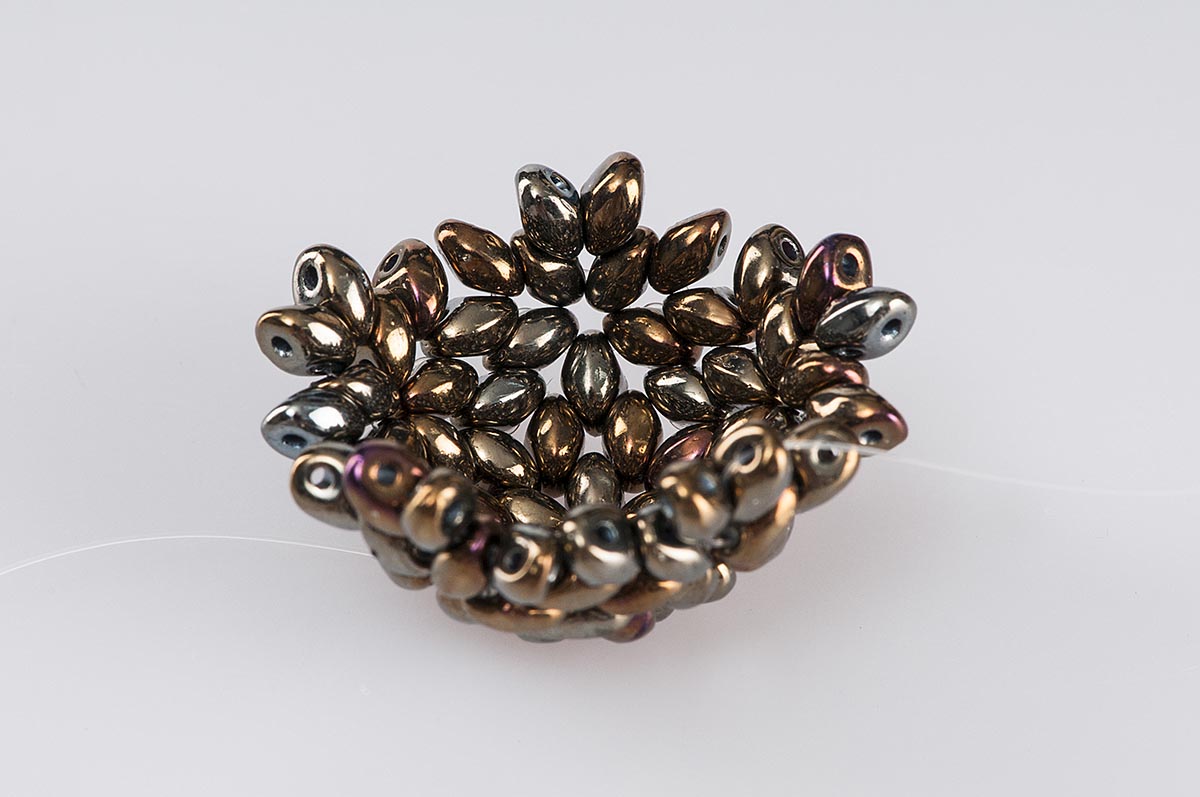 Step 9:
Add T1 to the gaps. Additionally string 3x T1. Tilt the central T1. Sew it through. Thread the line to the edge.

Step 10:
Sew the line through the last central T1. Connect. Sew in. The ball is finished. 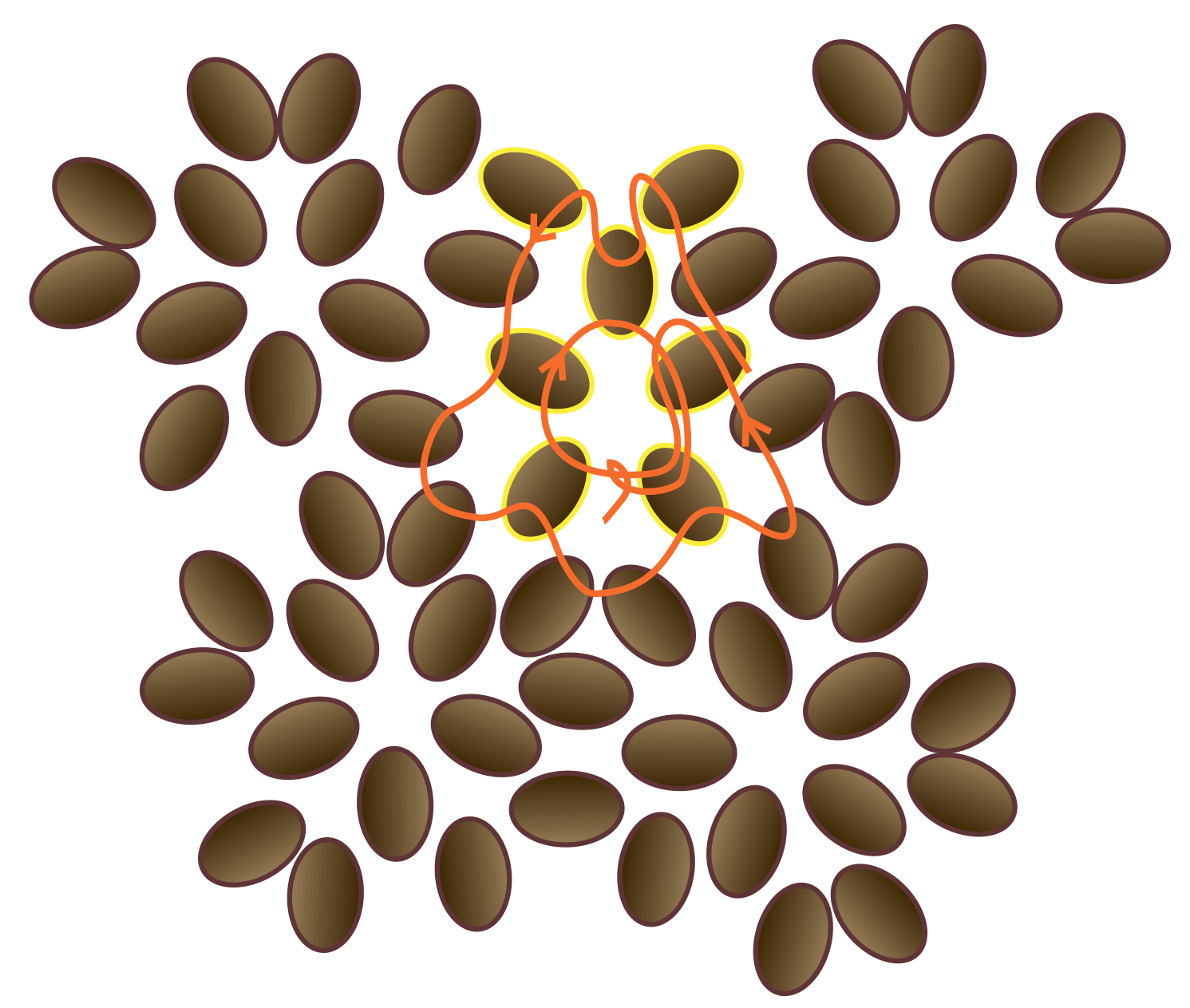 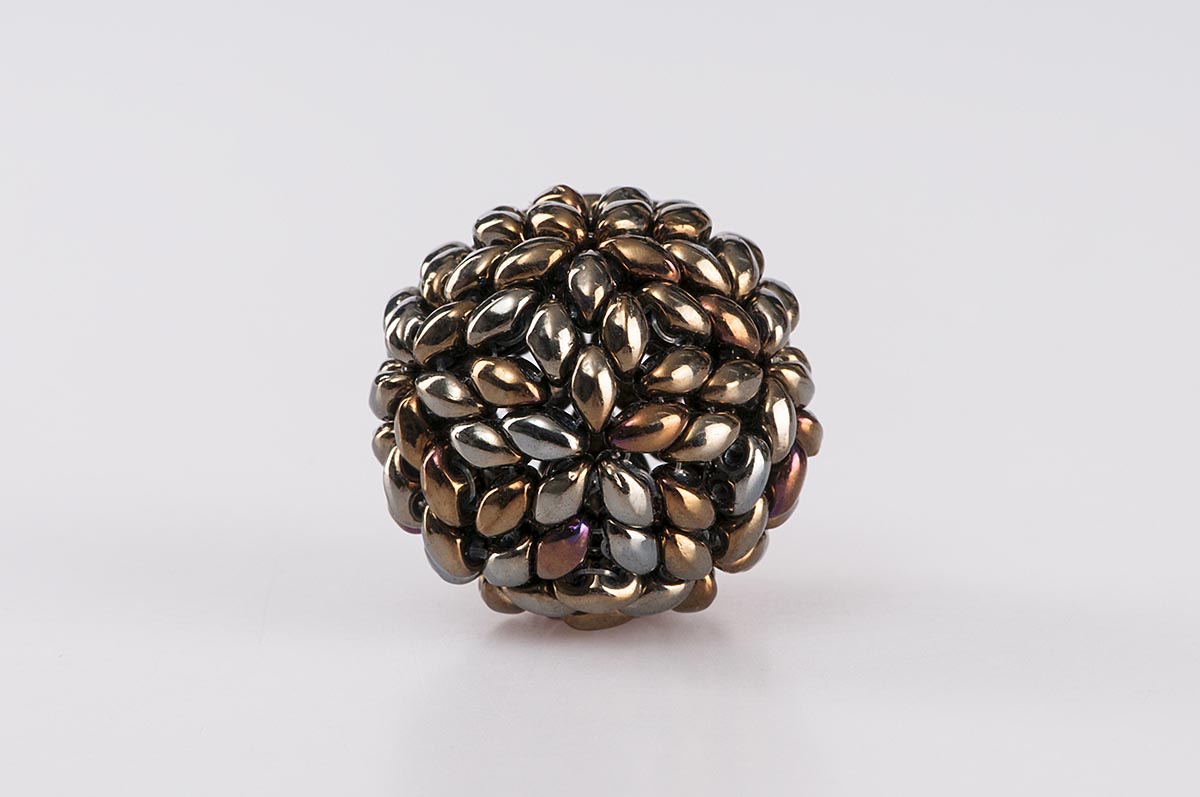 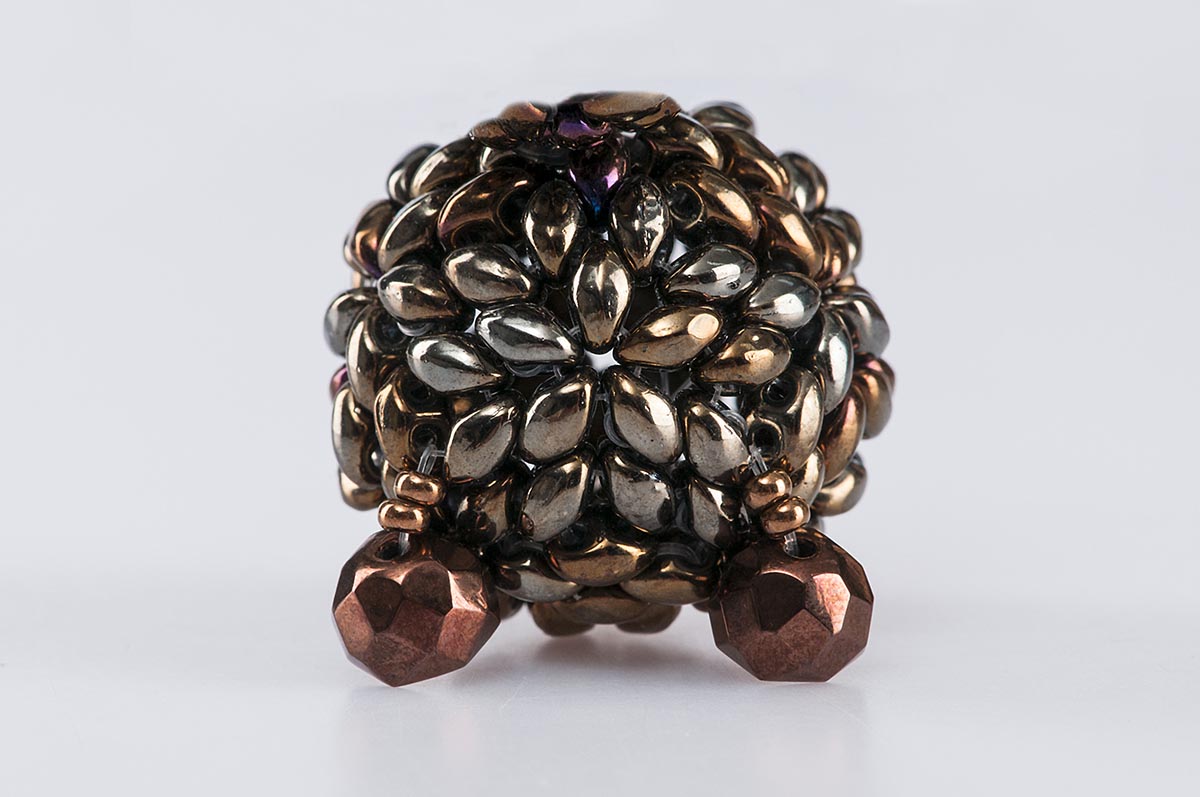 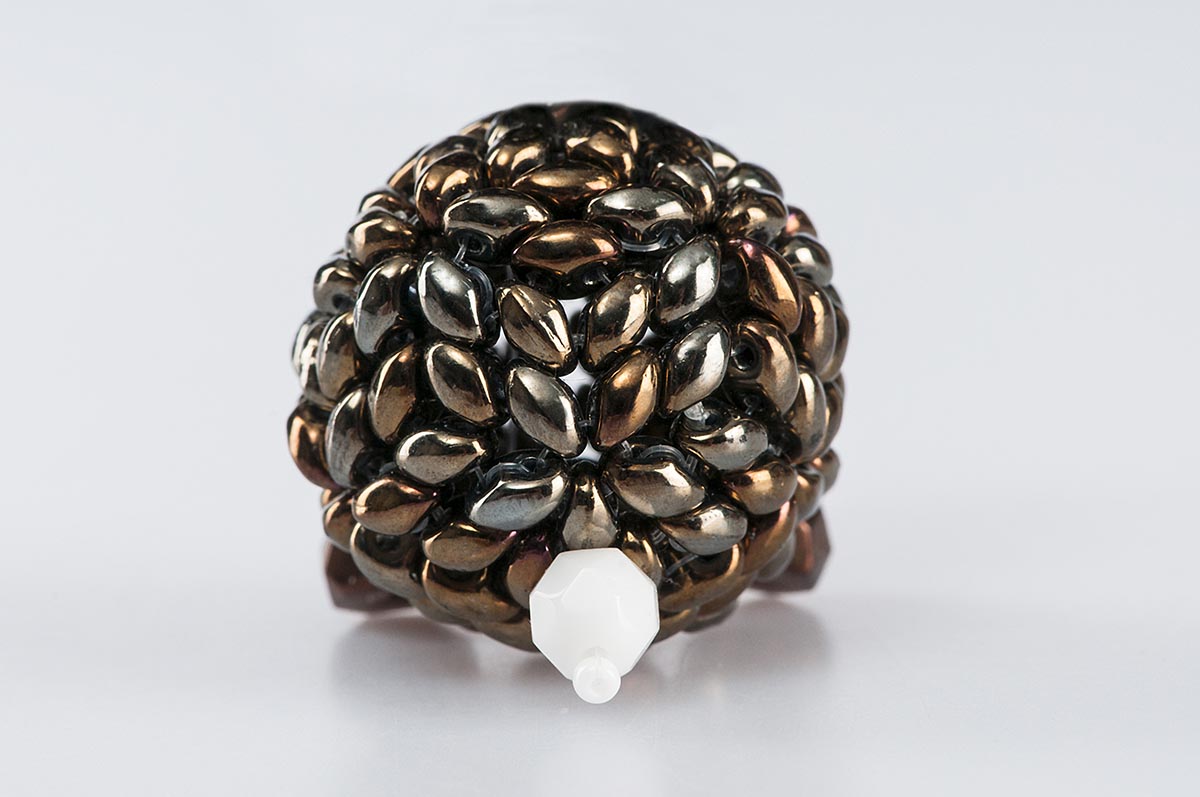 The small sphere – the head consists of twelve pentagons sewn from the small T2. The internal section consists of 5x T2.

Step 12:
Proceed in the same was for the body from Step 1 to 10. Be careful: the small T2 have smaller holes. Proceed with caution. 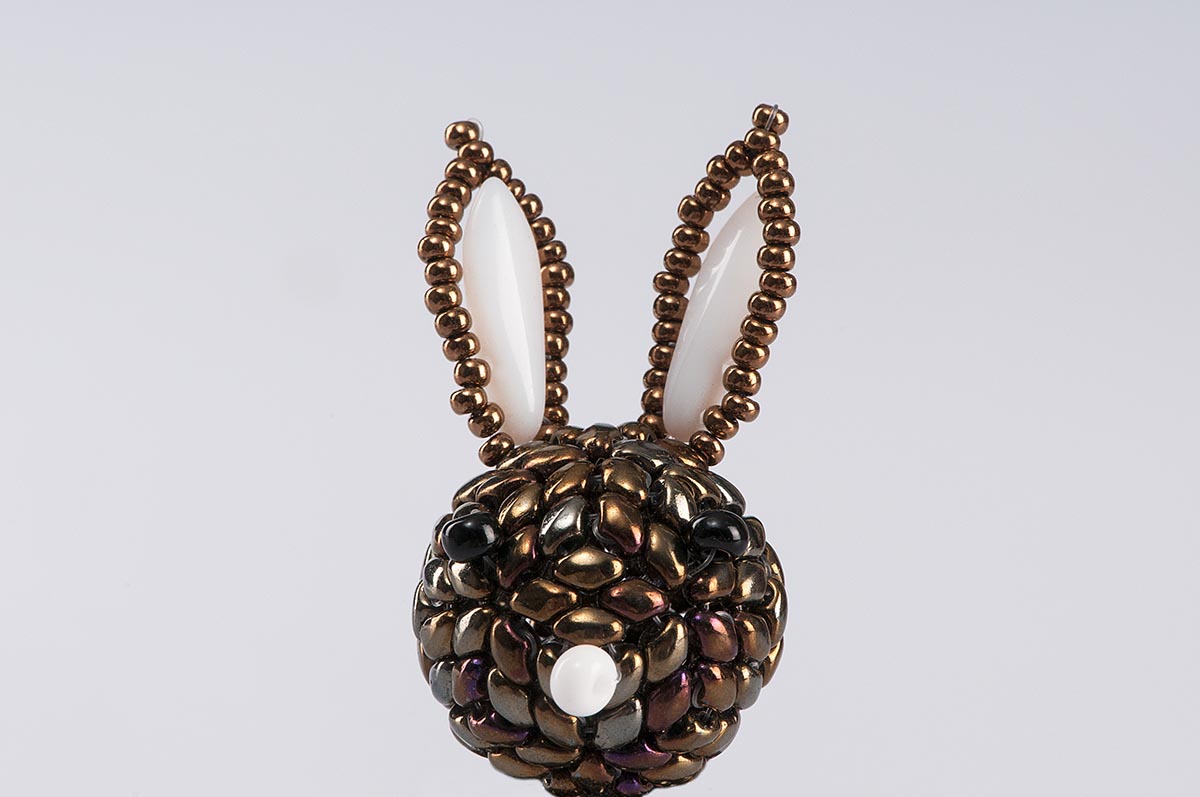 Step 14:
The face. Attach the eyes made of R7 and the nose made of R6 above the openings between the T2. Tie a line to the line between the T2 at the most distant place on the head. Pass the needle and thread through the inside of the head and emerge at the site of the eye. Thread a R7 and return back through the same

opening. Thread the needle through the inside again. Attach the nose. Finally, sew on then second eye. Sew the line in on the far side of the head. 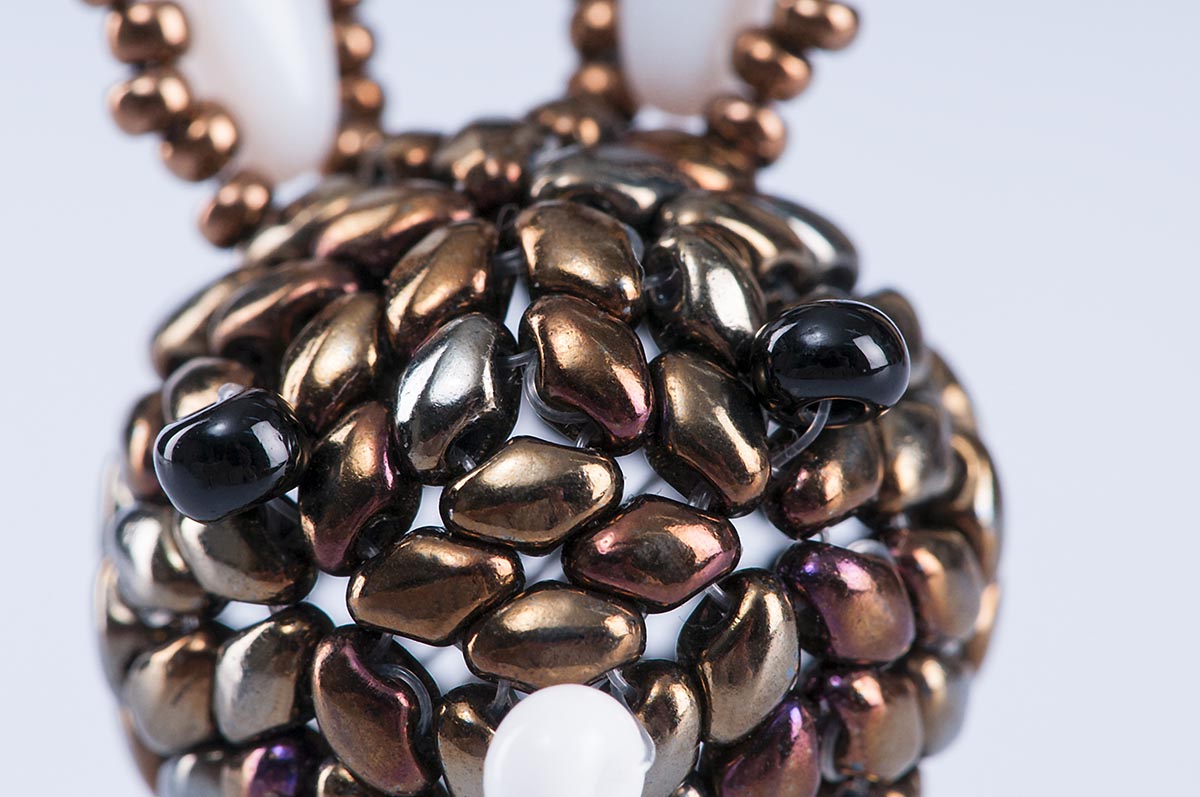 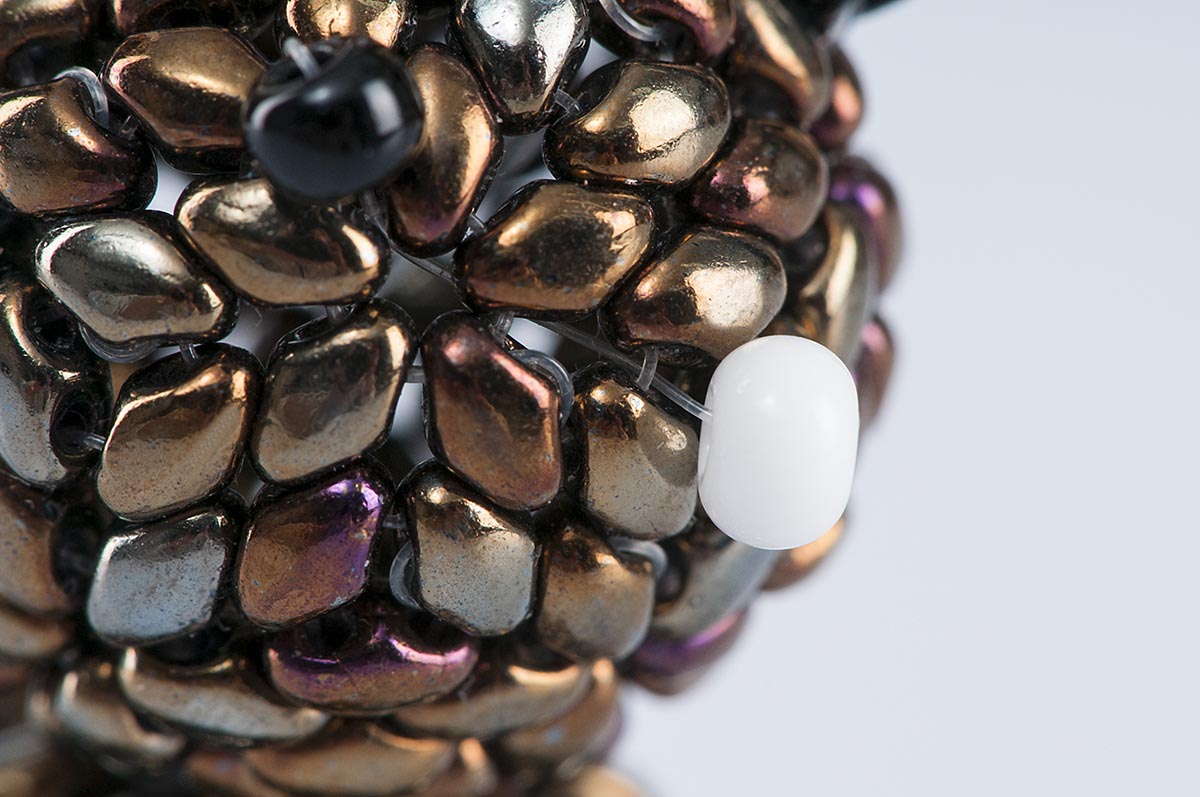 Step 15:
Thread all the protruding lines through the sewn beads Cut them off on the opposite side.

Step 16:
Glue the spheres together using the hot melt glue. Place the centres of the pentagons together. 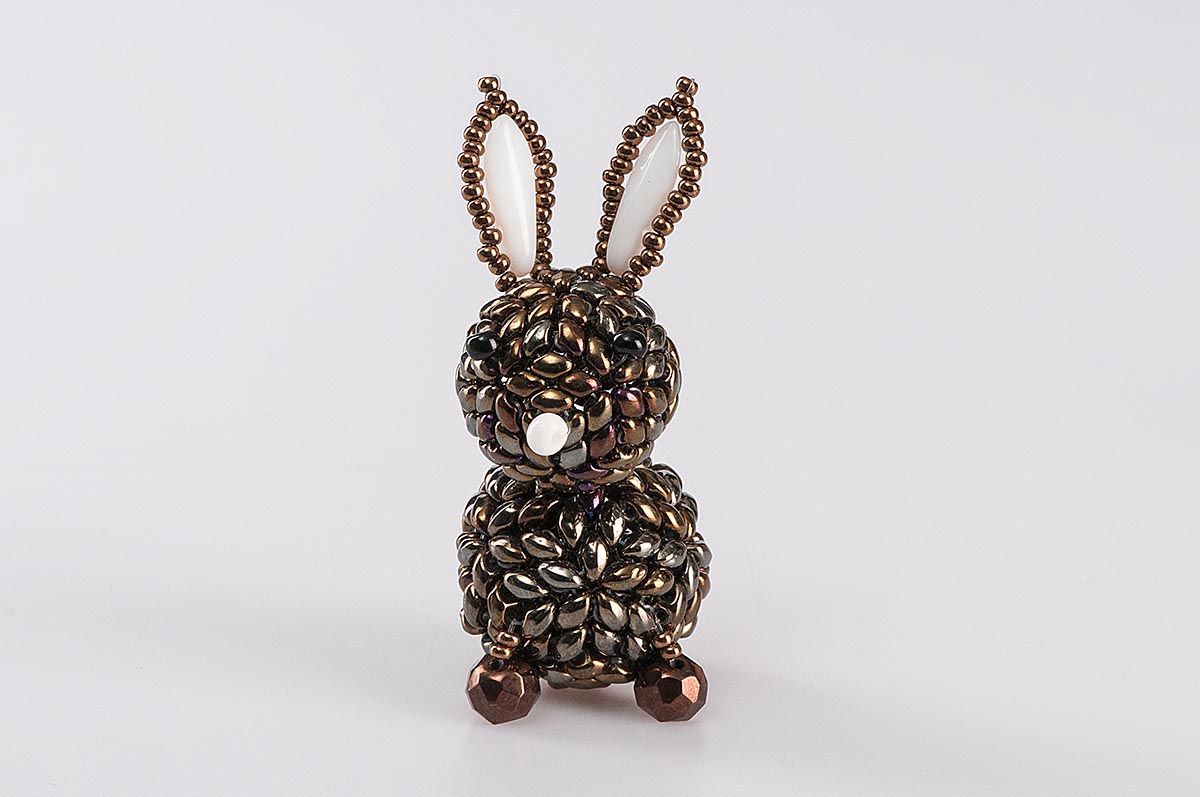 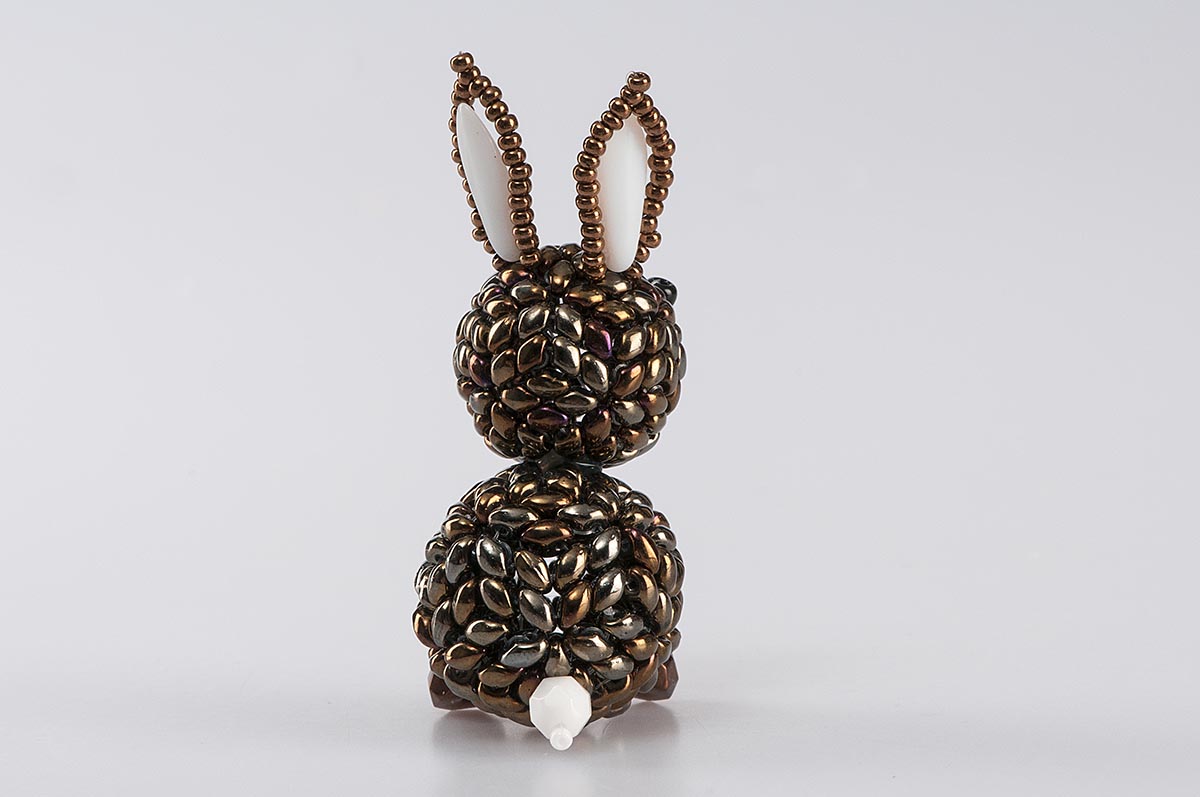 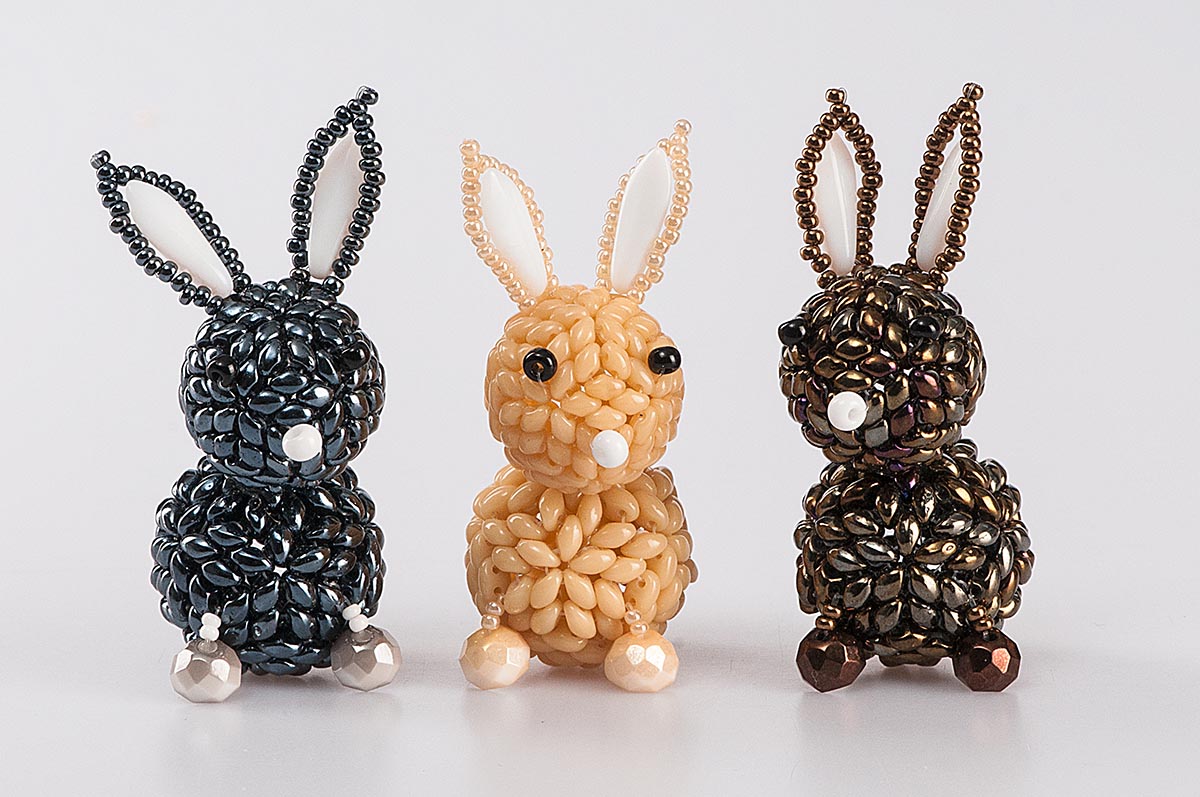 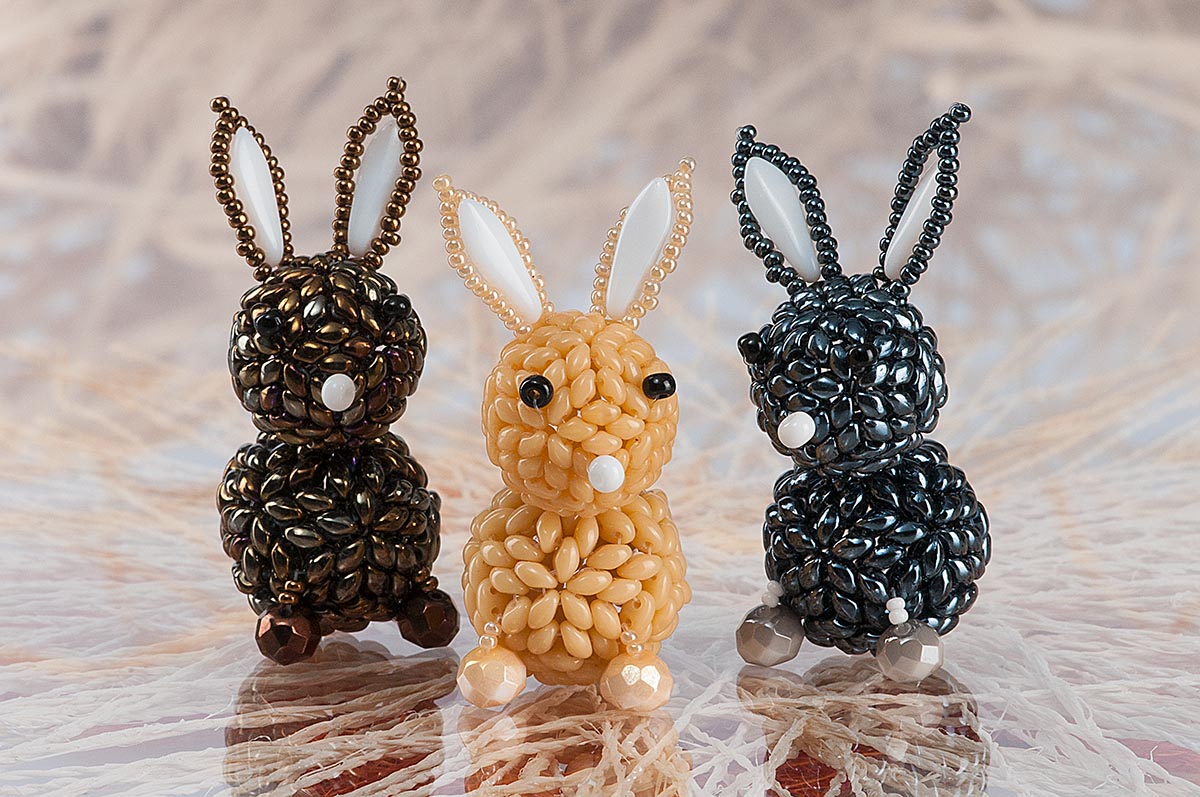 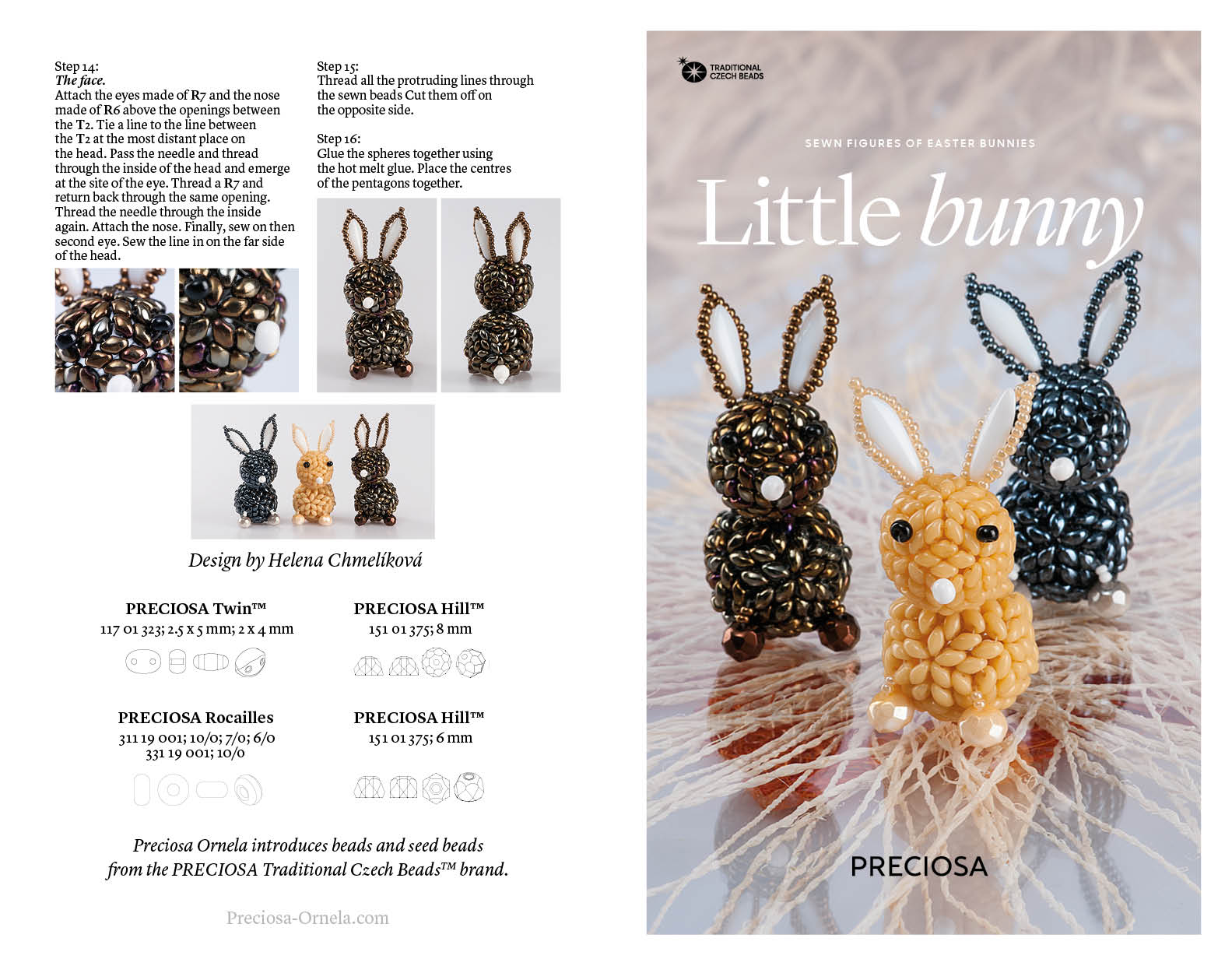 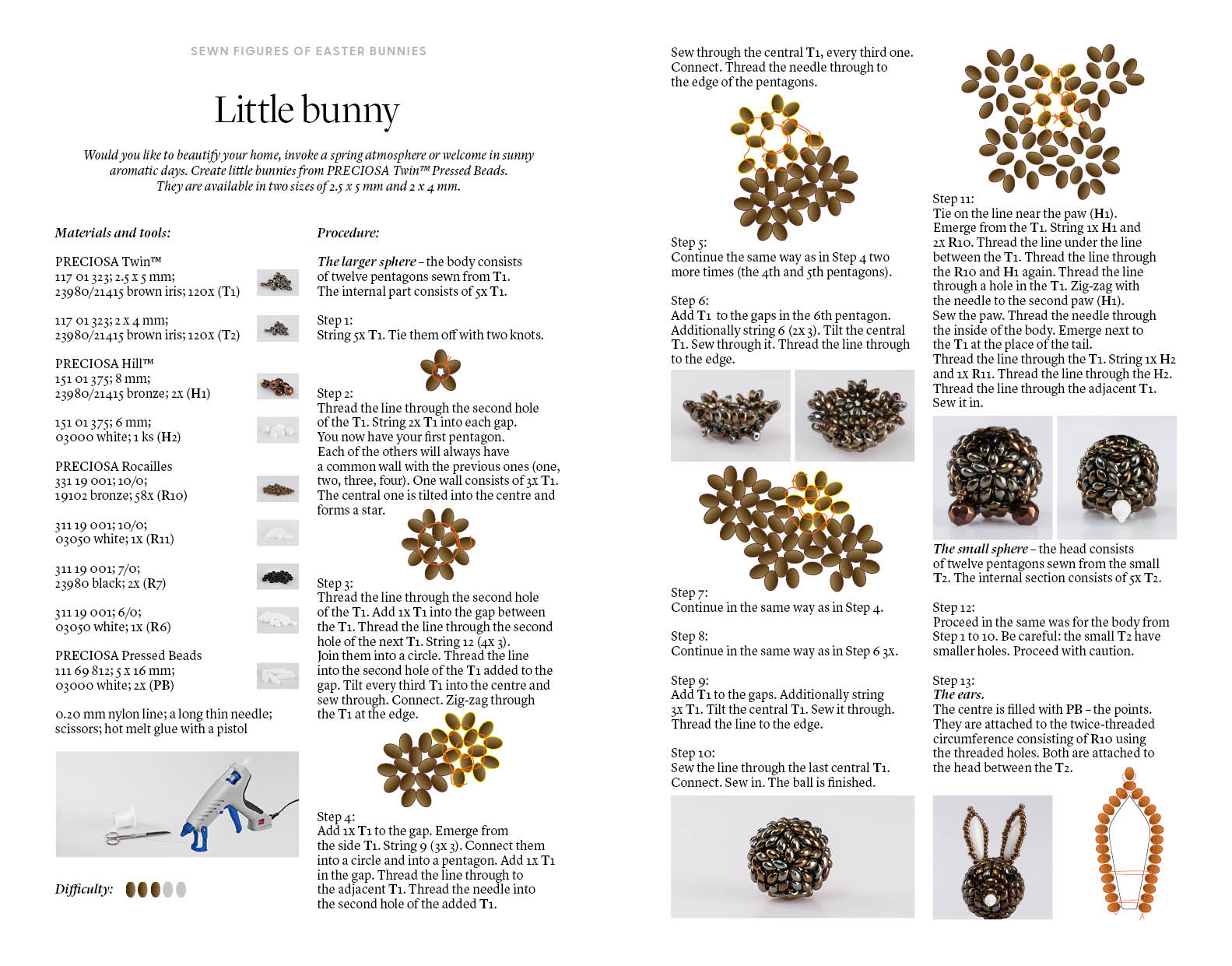