There are many uses for floral decorations and motifs. They are this season's big hit. Try making your own floral accessory according to the following tutorial from PRECIOSA ORNELA.

We wish you many hours of inspirational beadwork with Czech beads and seed beads.

a lapel pin (for example Fimo, length: 9 cm, diameter: 0.8 mm); a platinum ending with an eye; a rubber stop for an earring hook 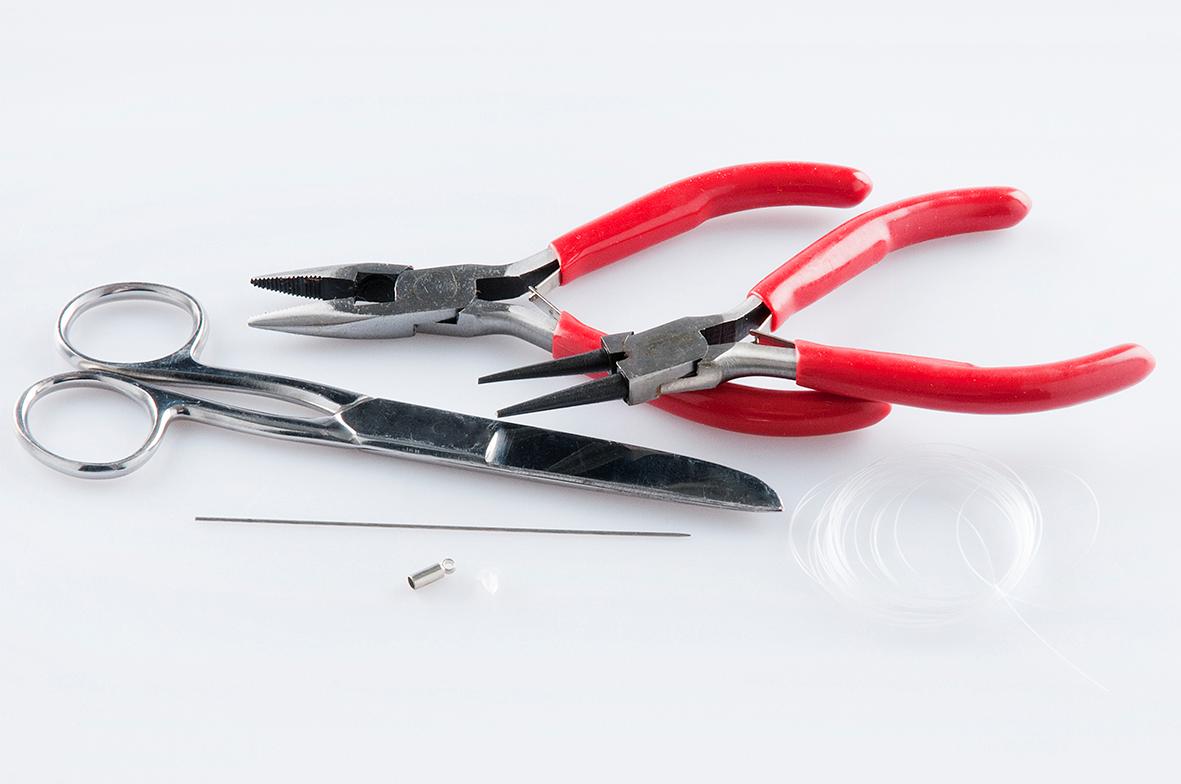 Link an eye on the blunt end of the pin. The wire is very hard, so close it with the flat nose pliers. 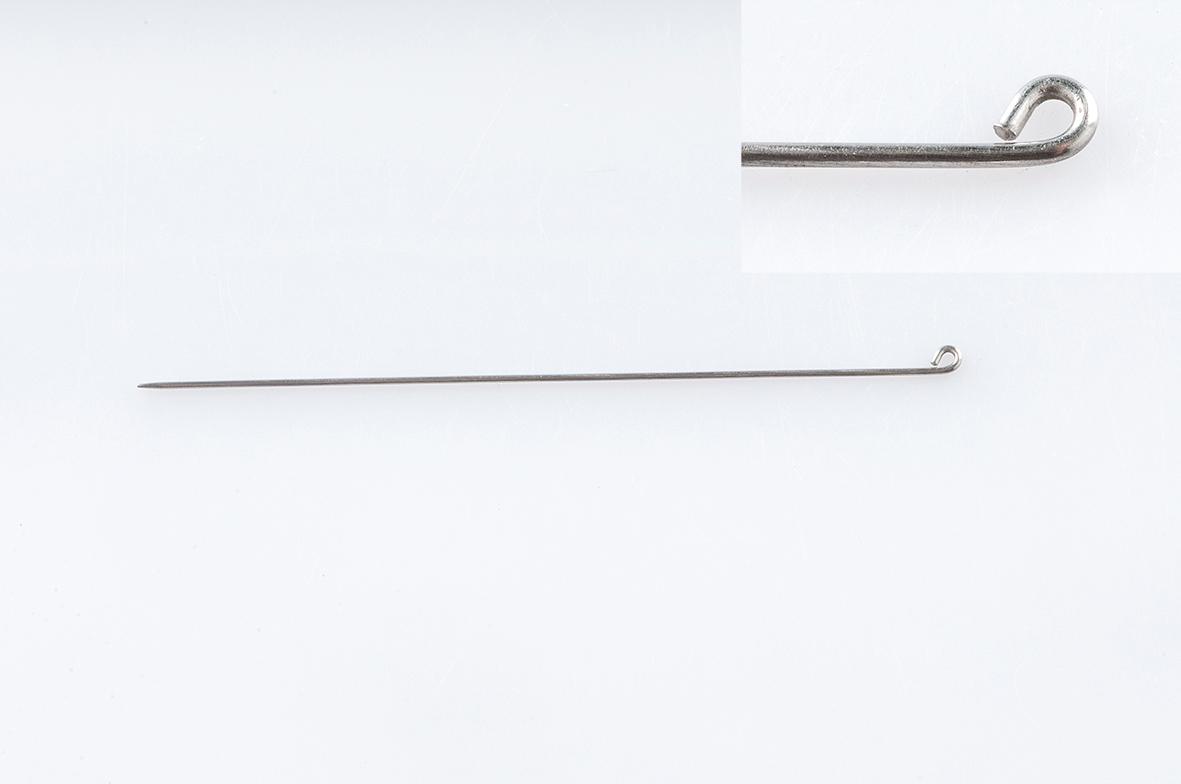 String the initial stringing of Th and R10 (a blue line). Start stringing from the knot. Then add the missing Th and R10 (the yellow line). Use the "right angle" stitch when sewing. Do not forget to string the pin in the last rocaille arch. Tie off the line. 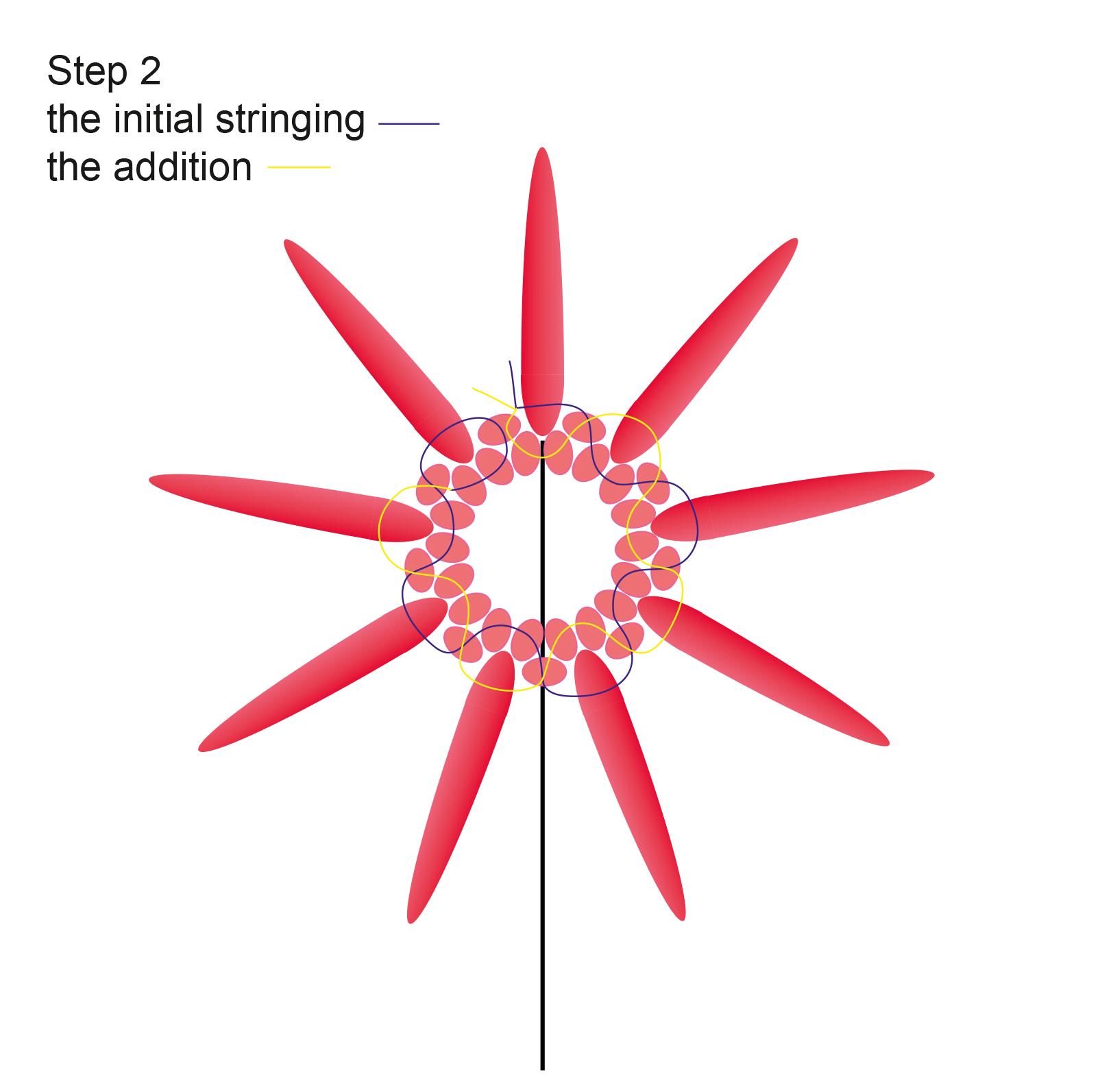 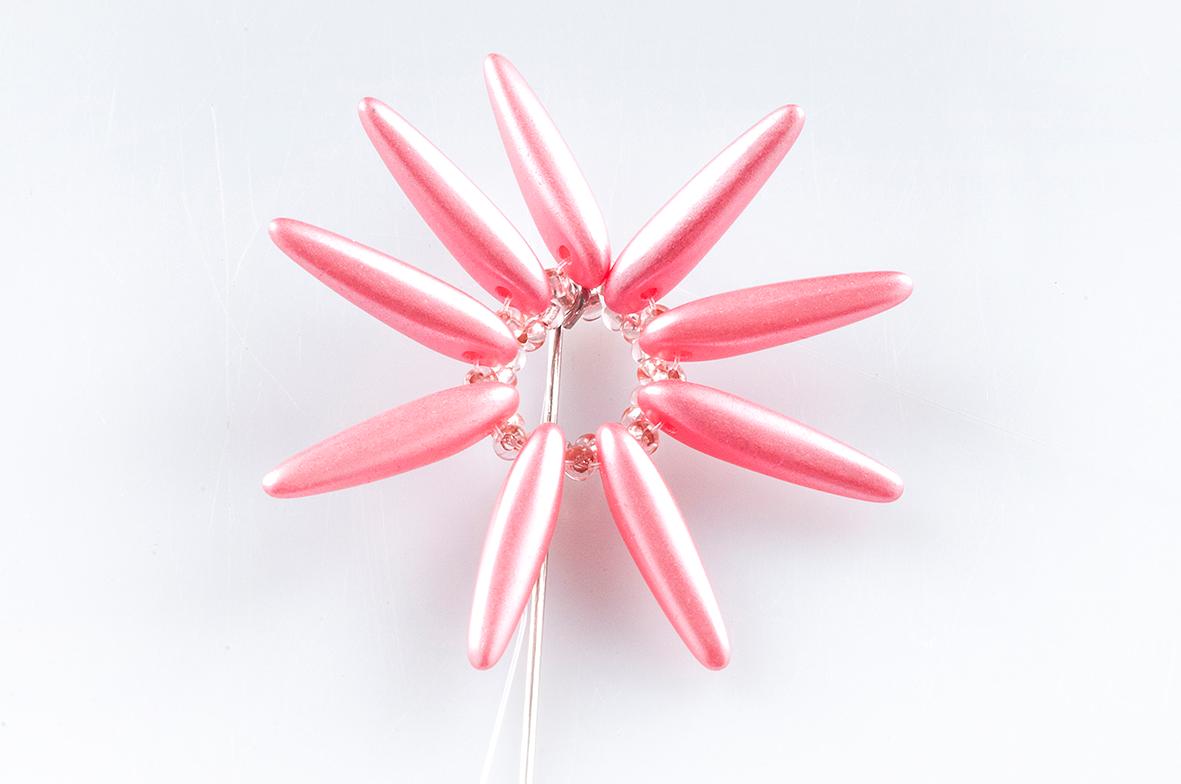 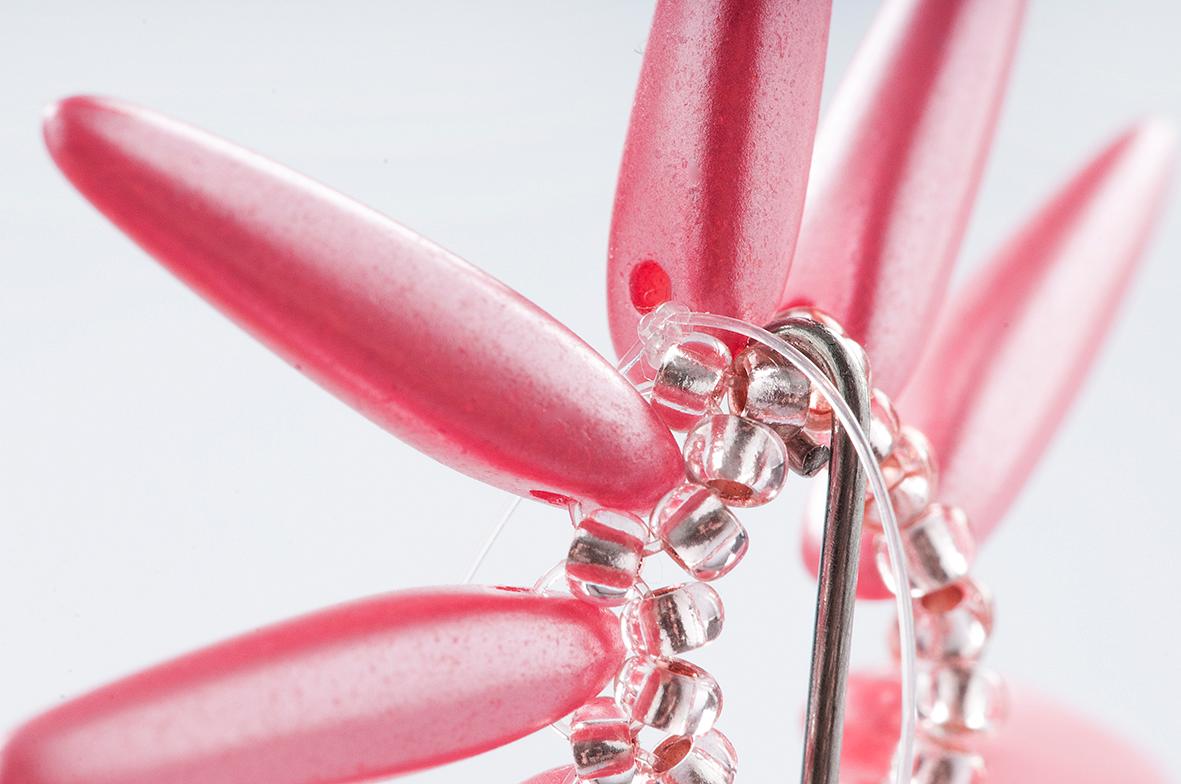 String all the R10 onto the inner circumference of the circle. Twist the line around the pin twice in the middle of the stringing. 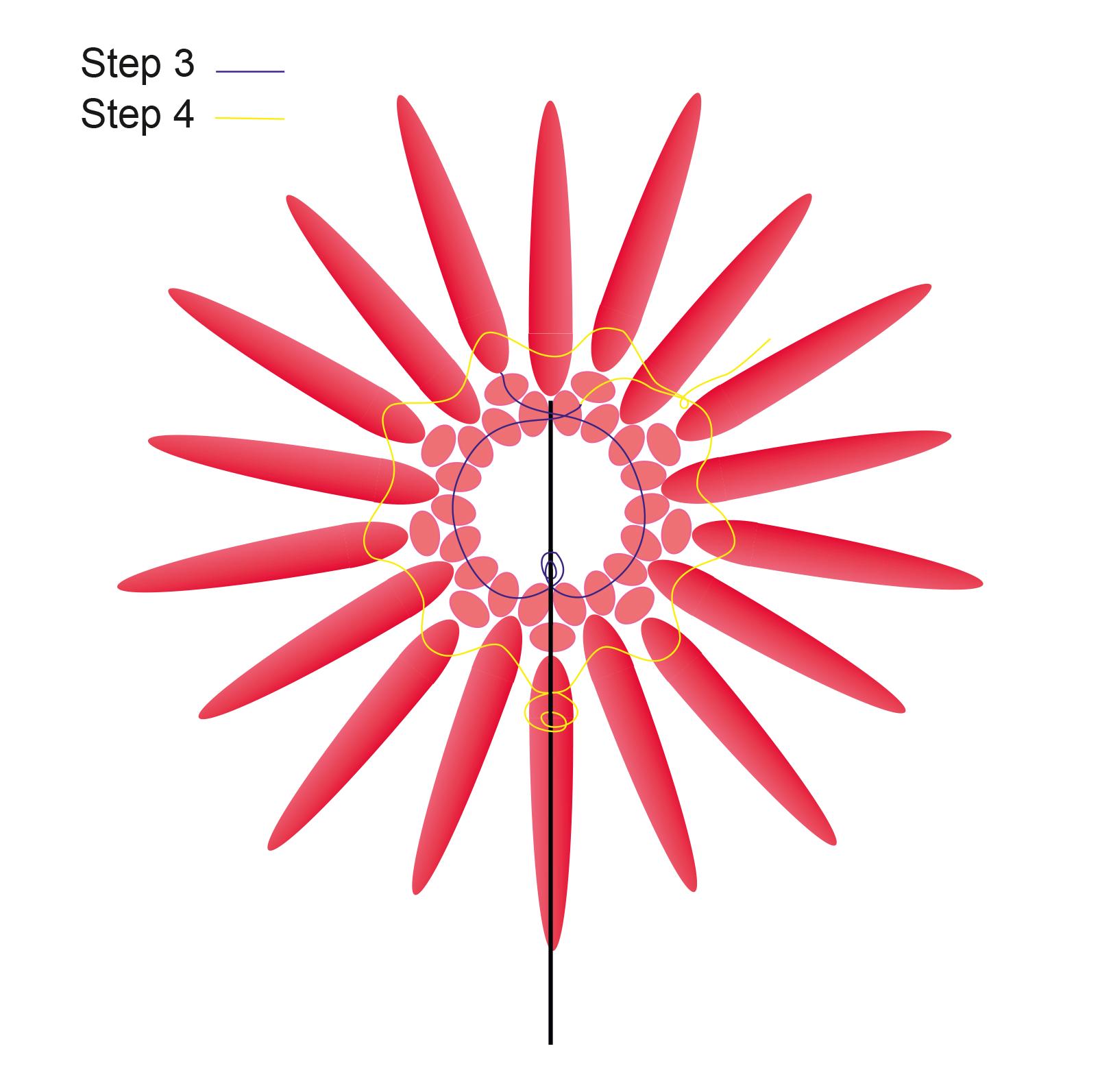 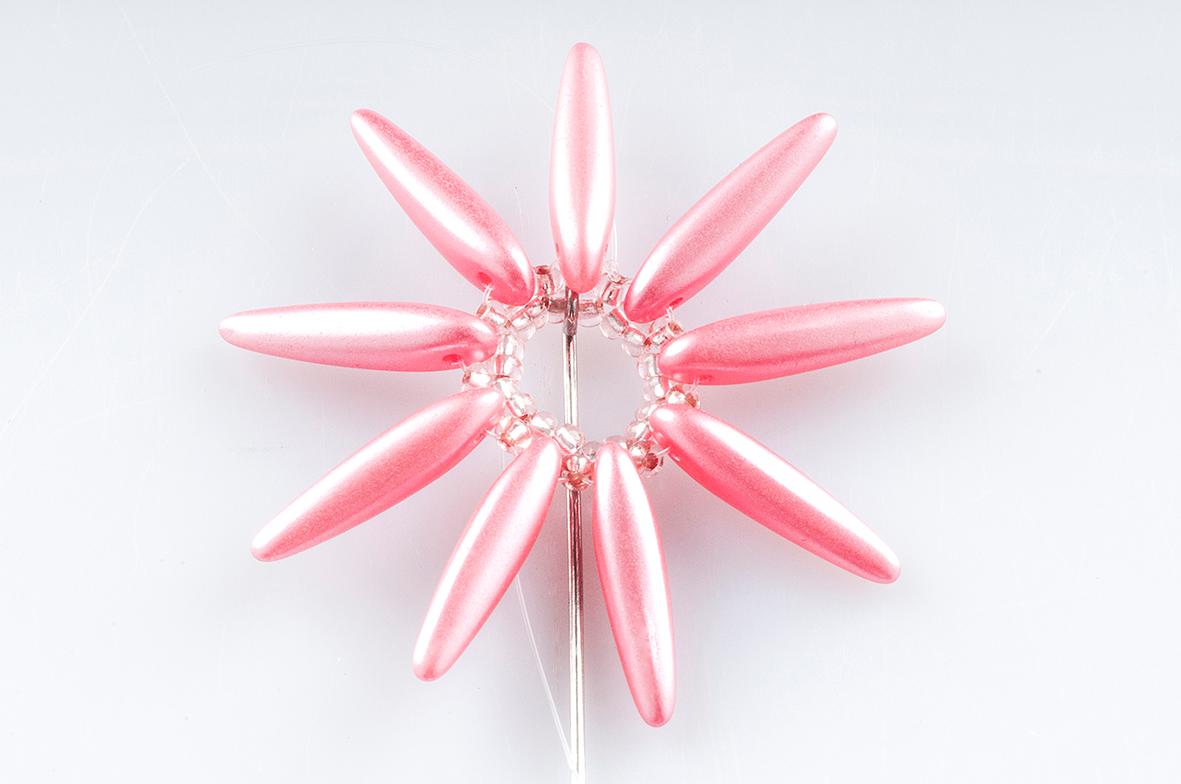 Add 1x Th between each Th. After stringing 5x Th, twist the line around the lapel pin twice. Sew the line in after adding 9x Th. 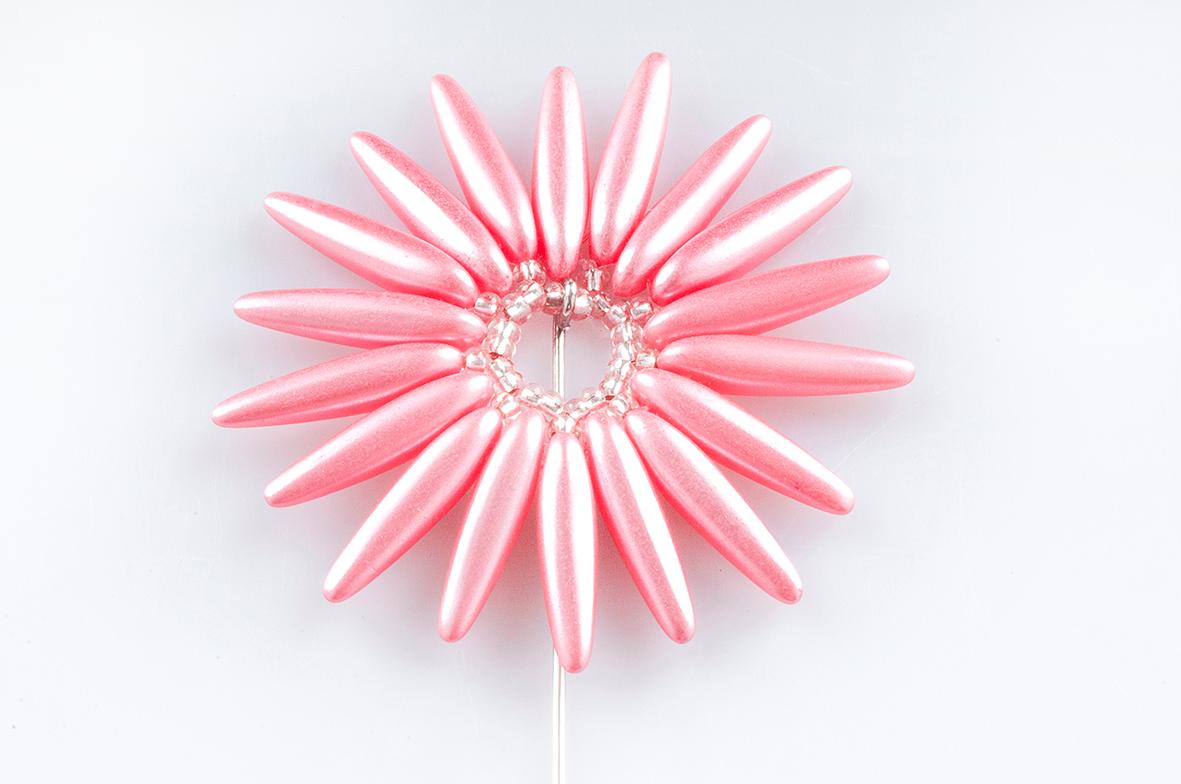 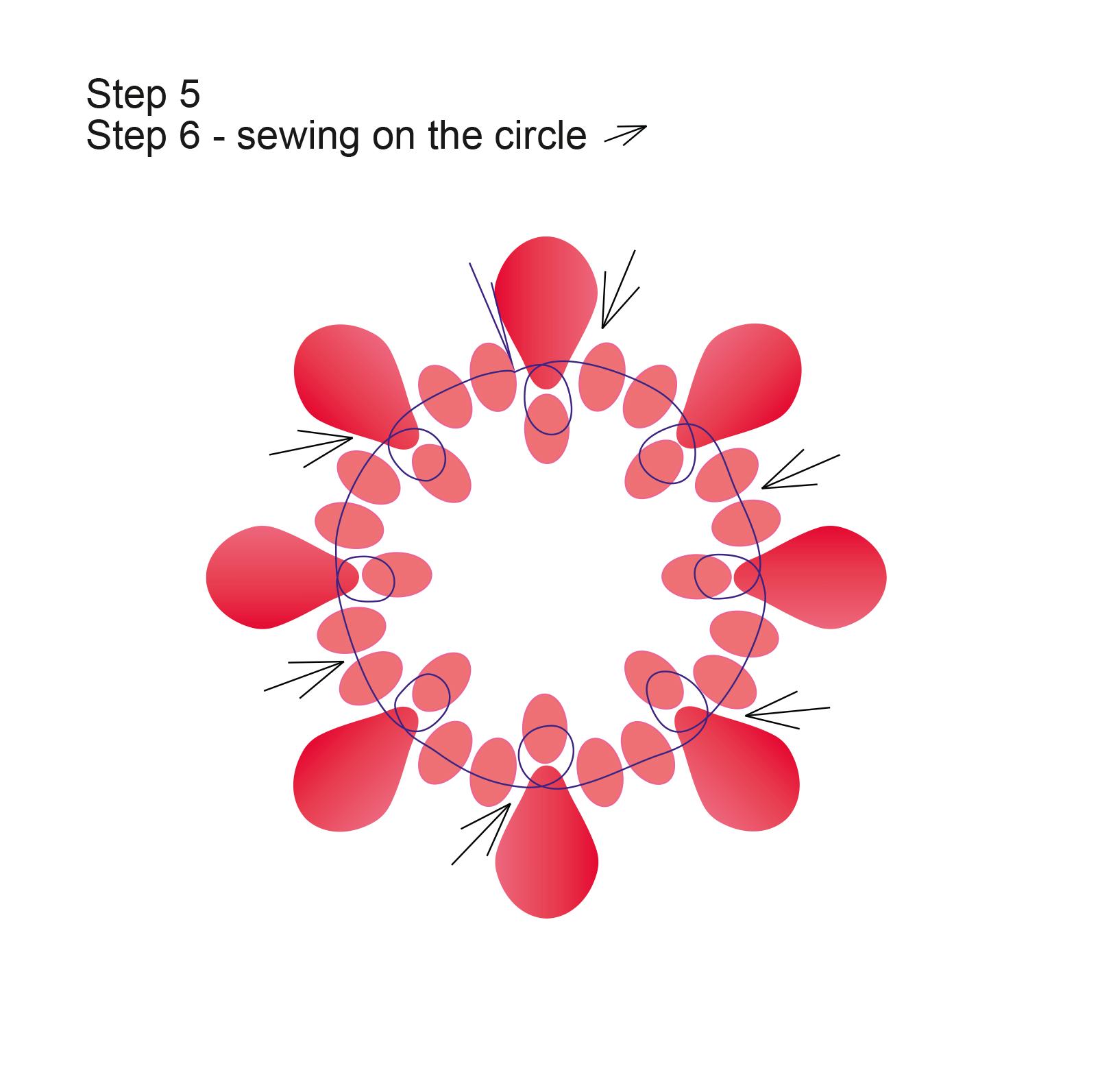 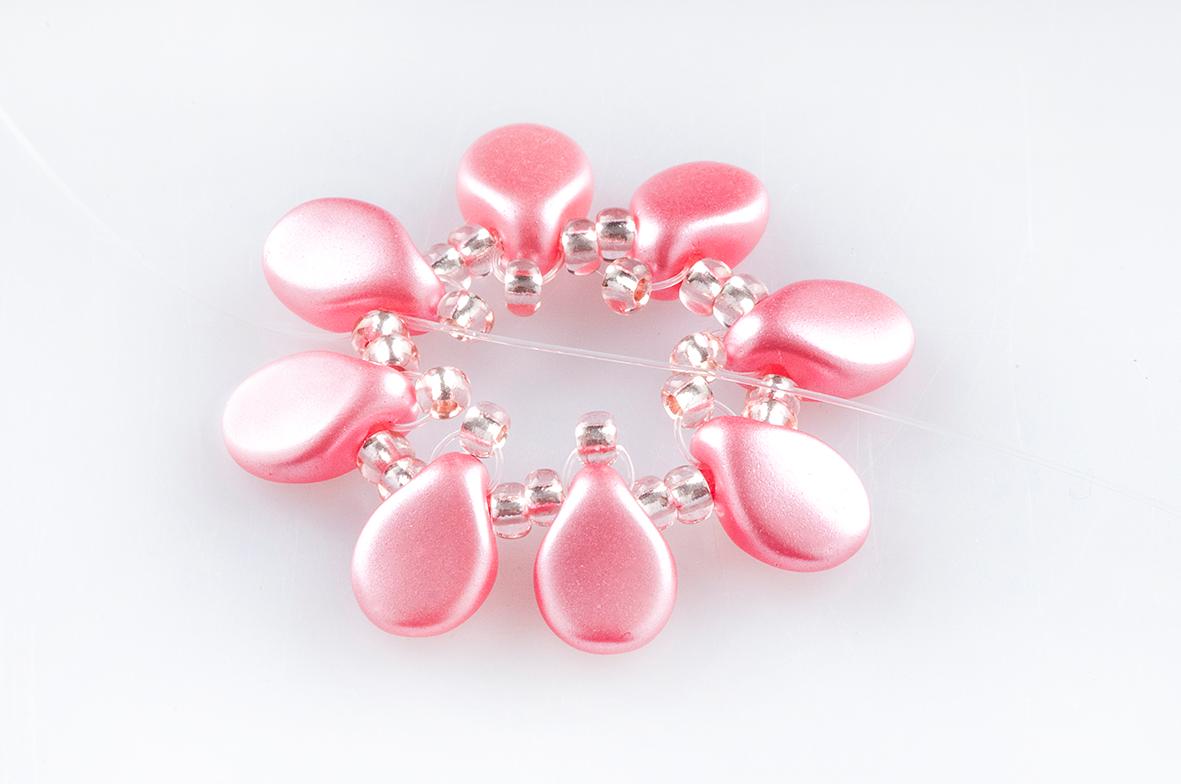 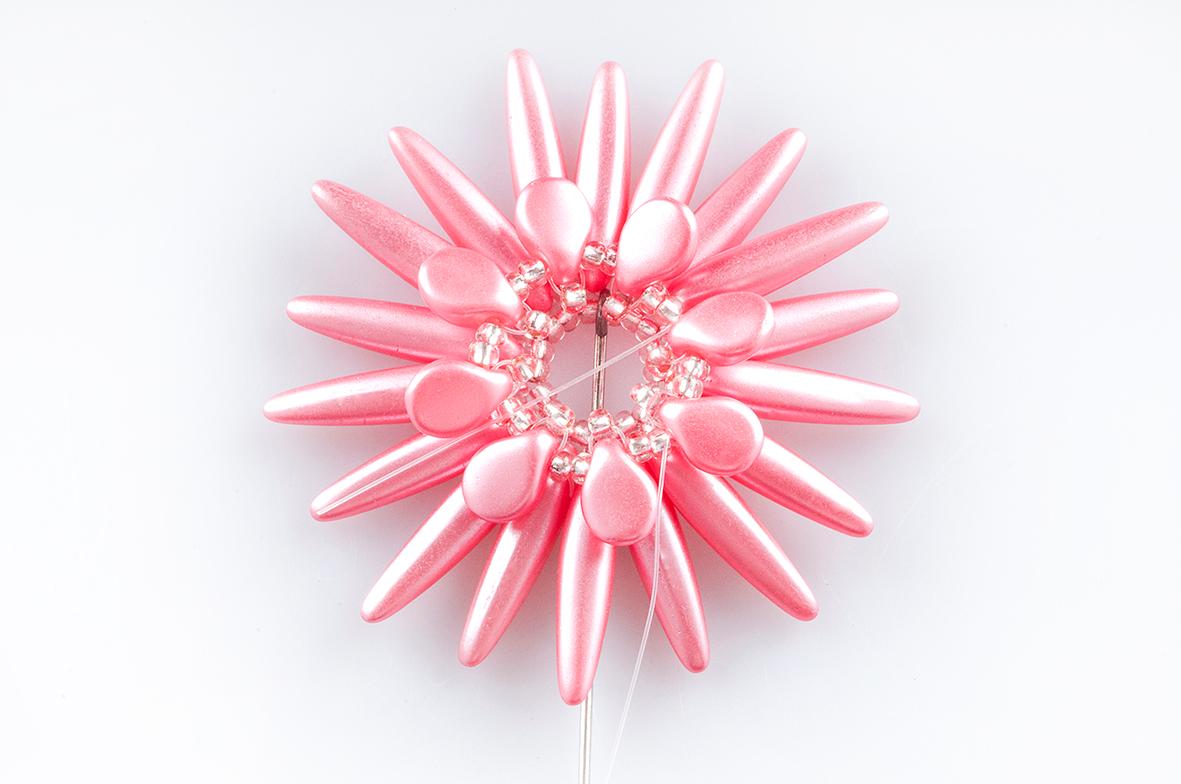 String 1x PB8. Use the opposite spur made of the R10 above the P. 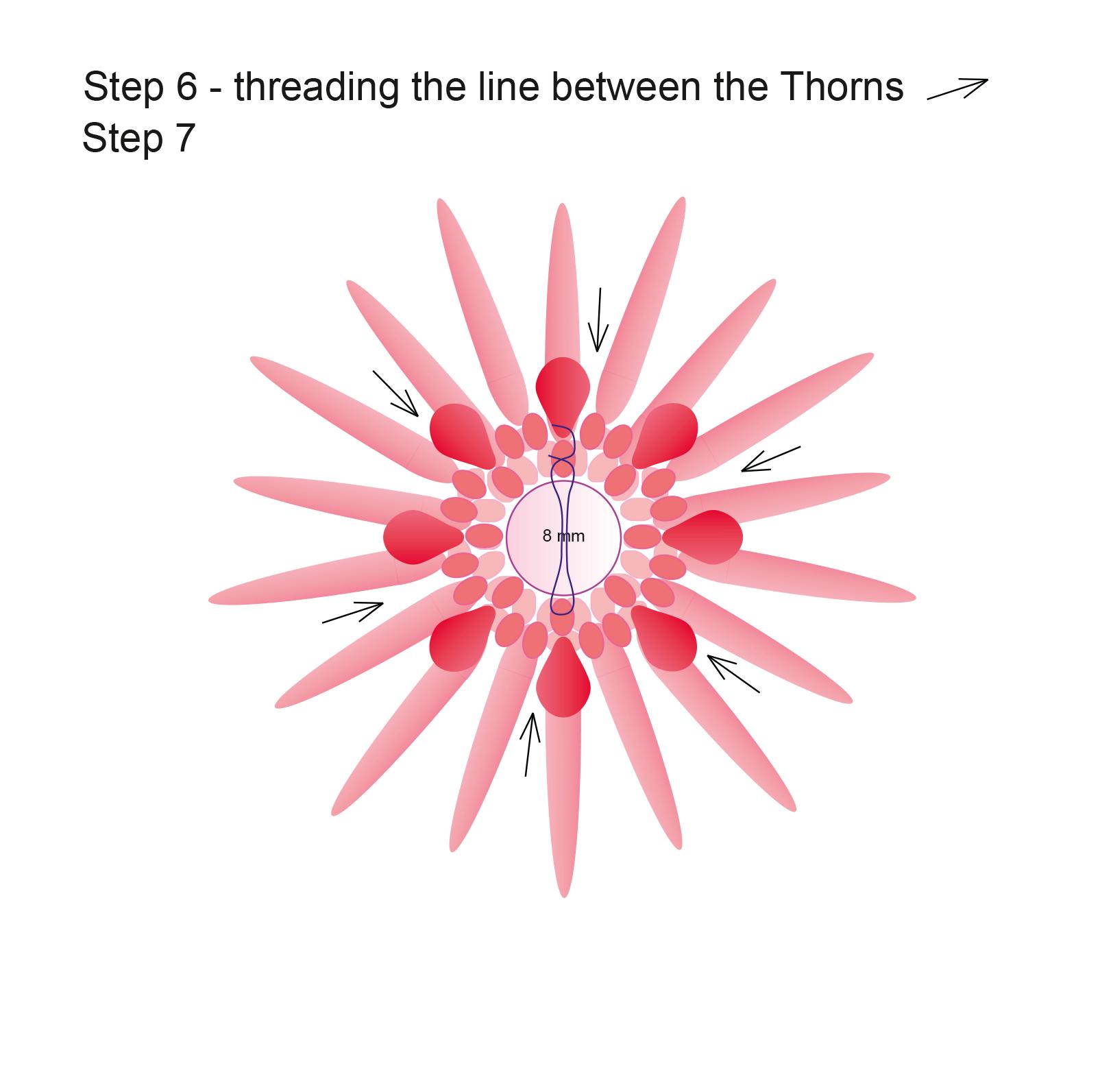 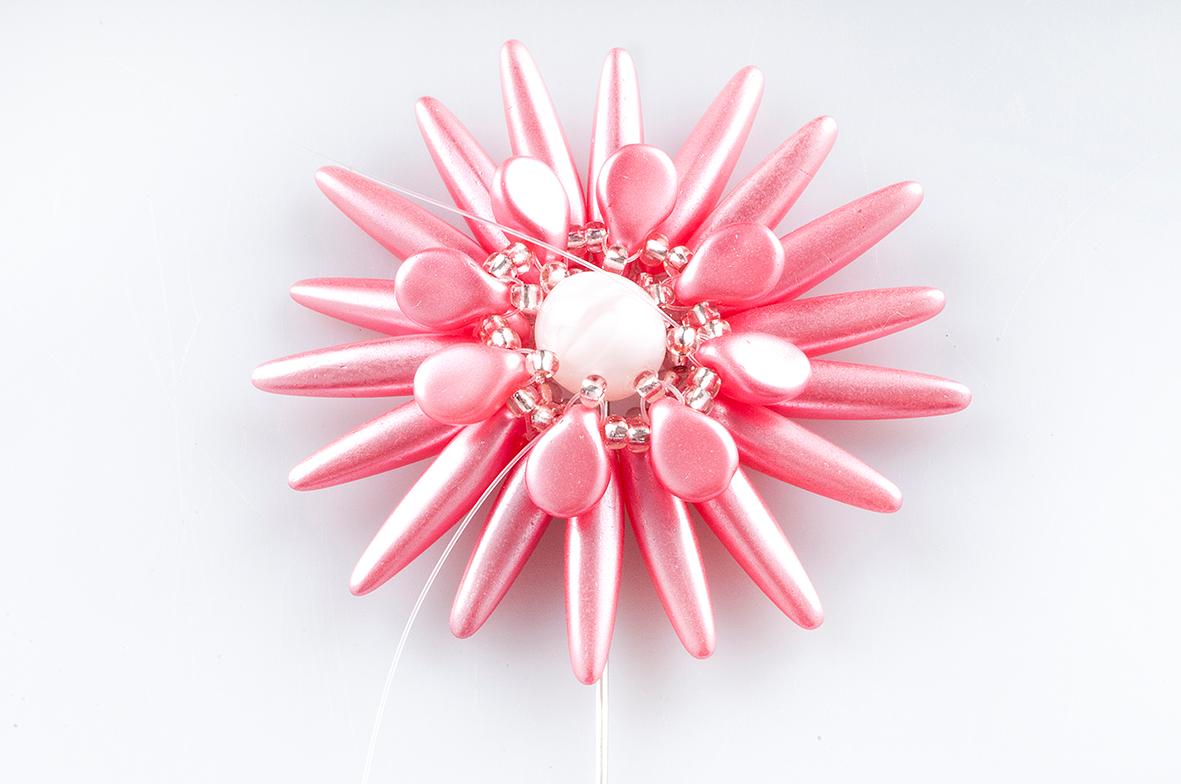 Add 1x burgundy P between the R10 on the spurs. Do this a total of 8x. Sew in the line. 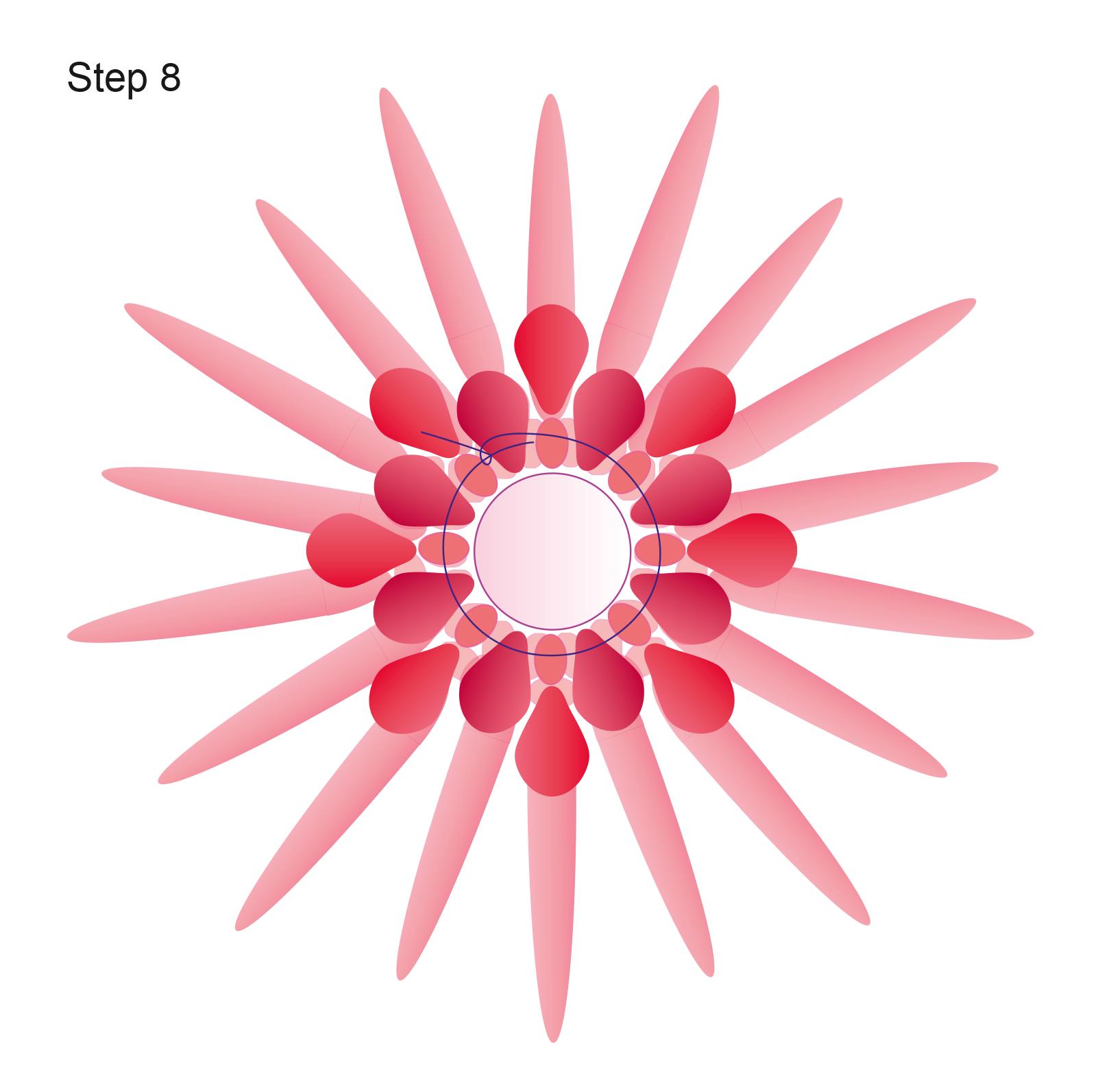 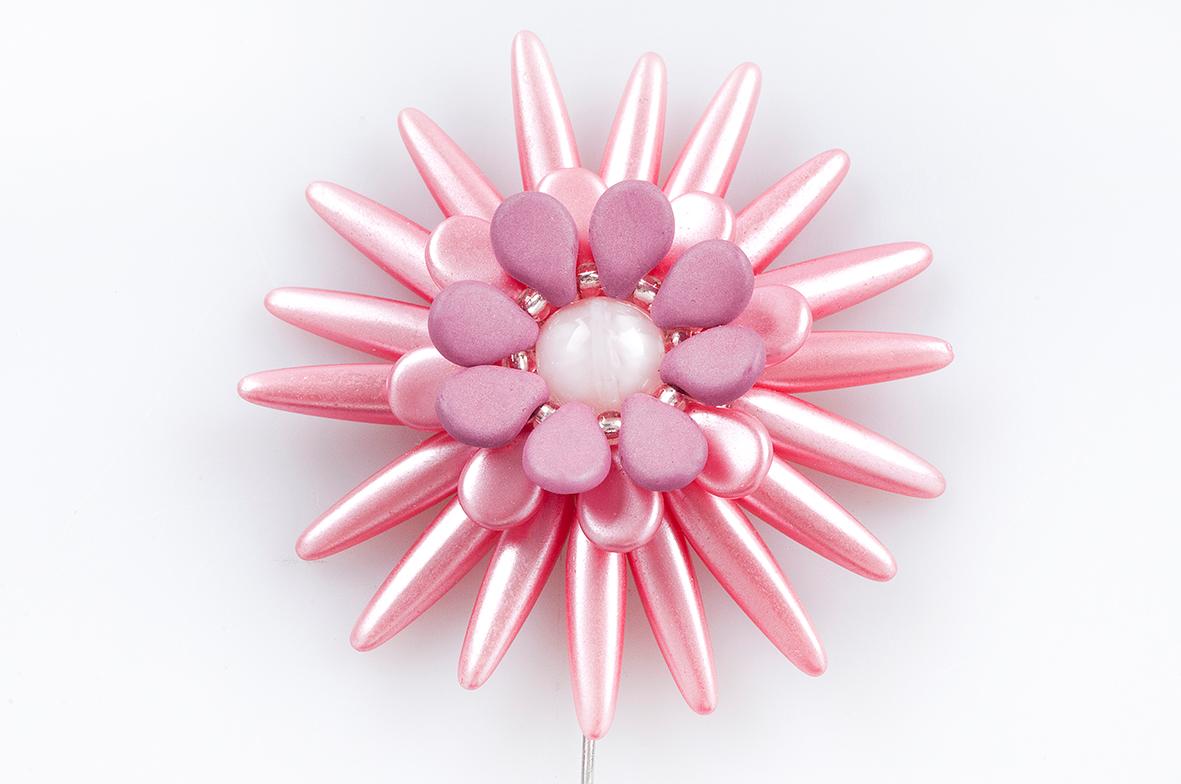 Create the fastening at the sharp point of the lapel pin. Thin the rubber stop and trim it. Carefully press it onto the metal fastening, possibly using the point of the flat nosed pliers. 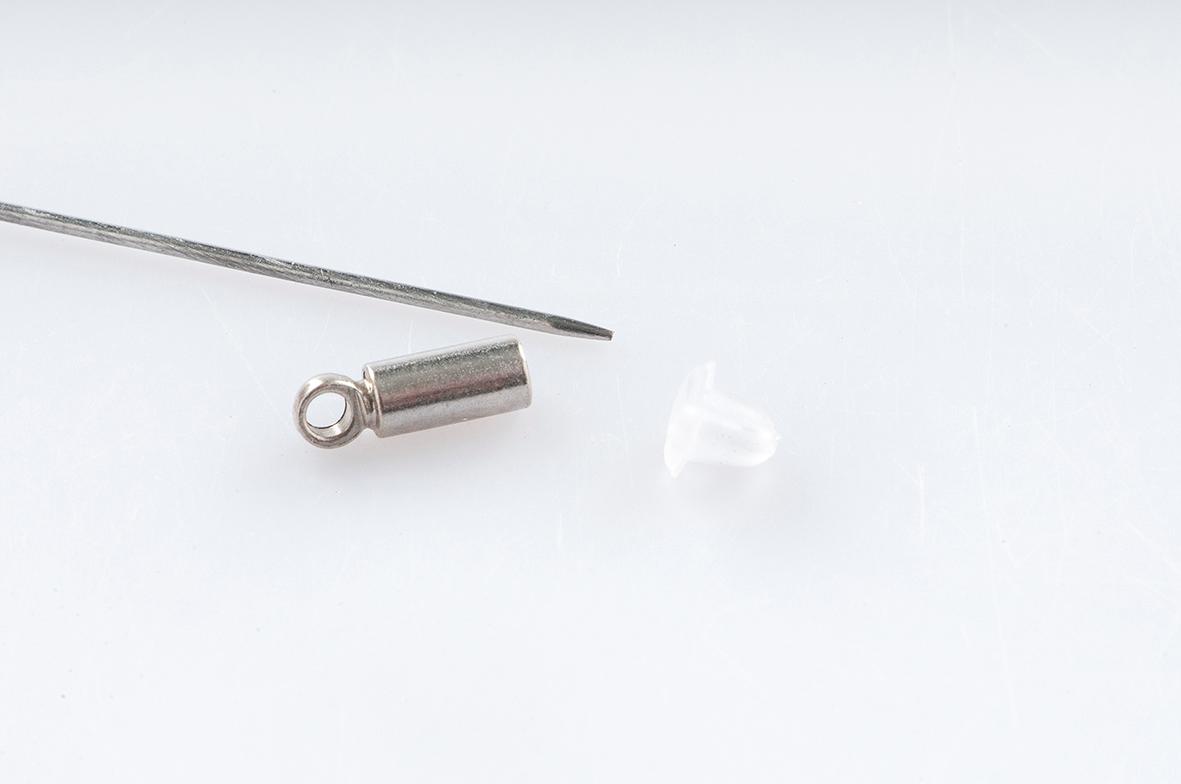 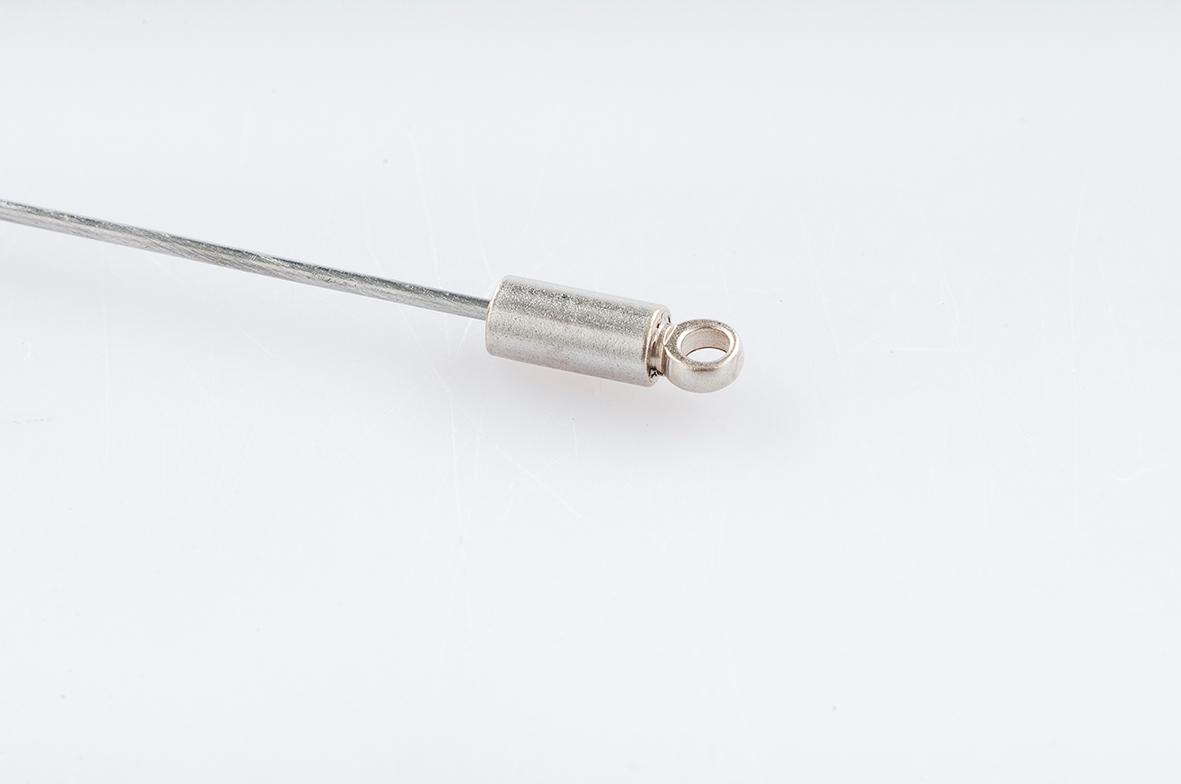 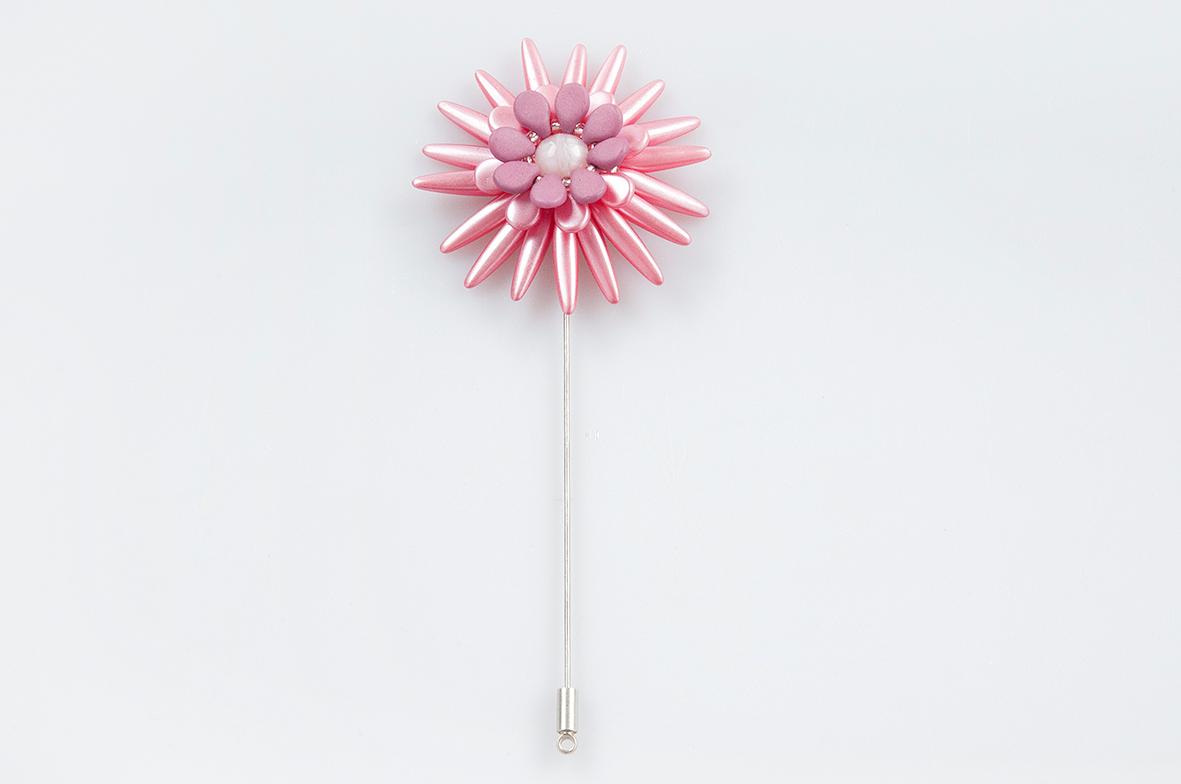 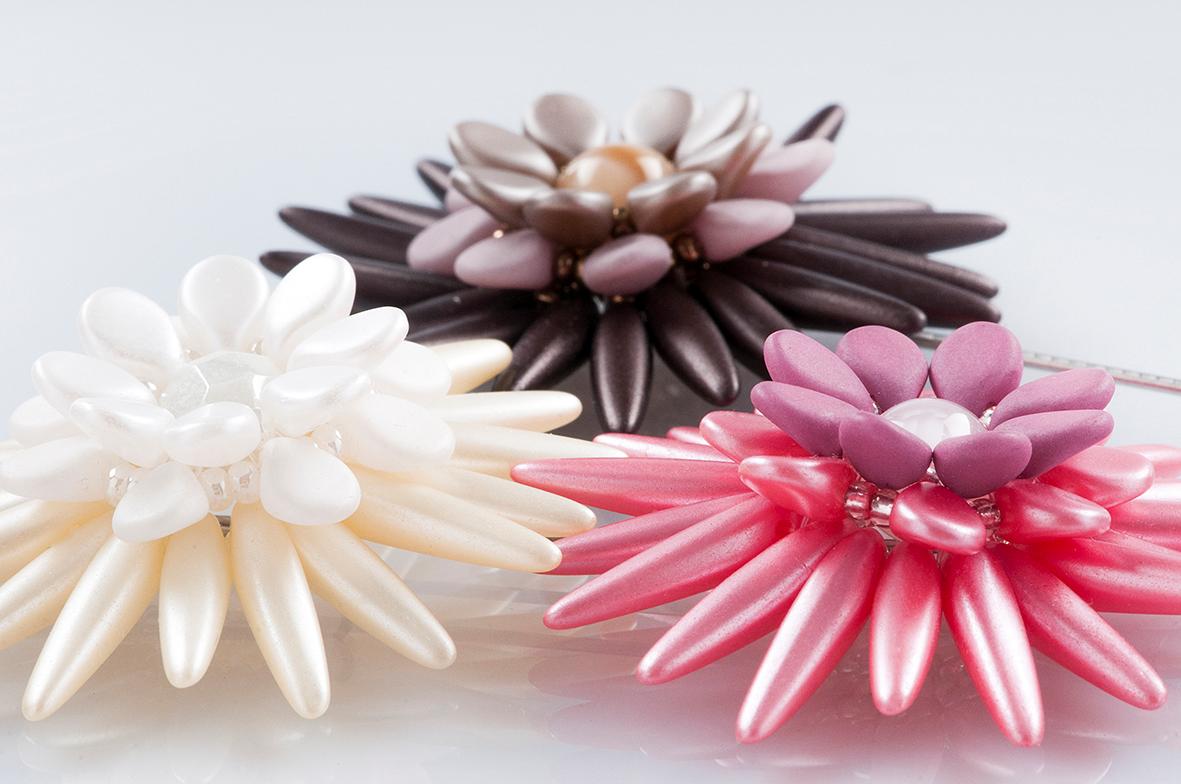 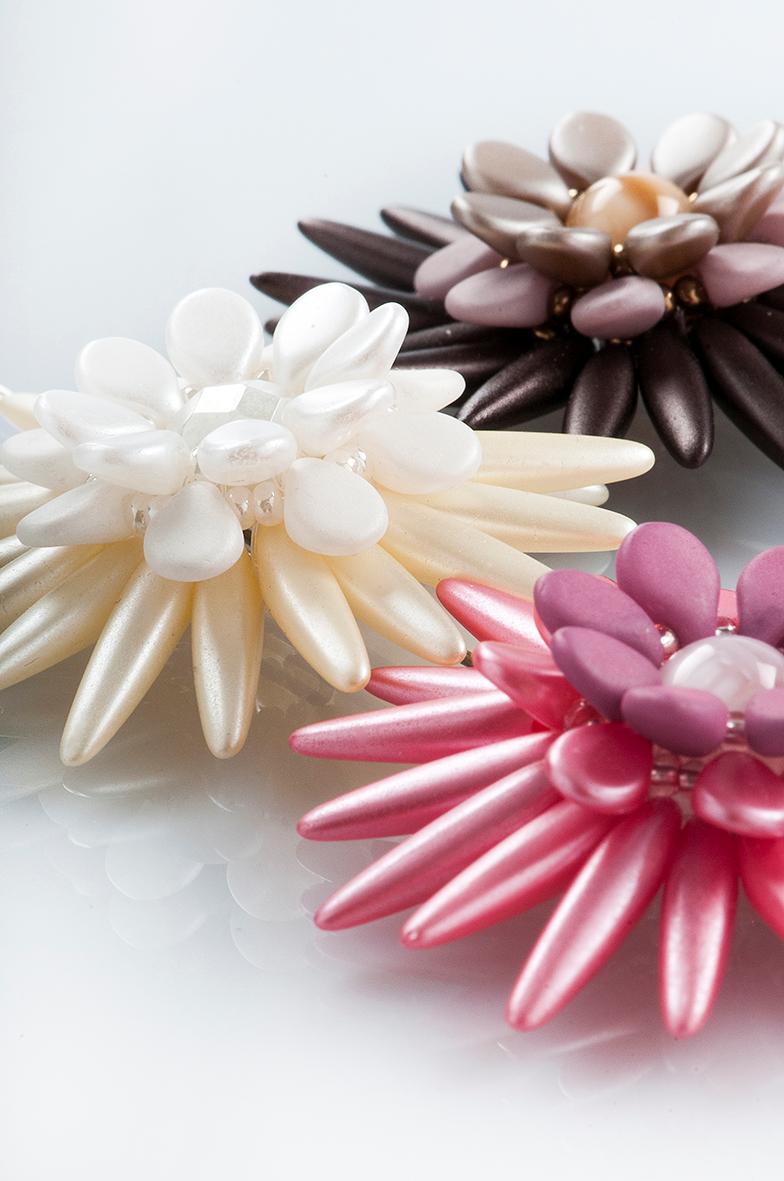