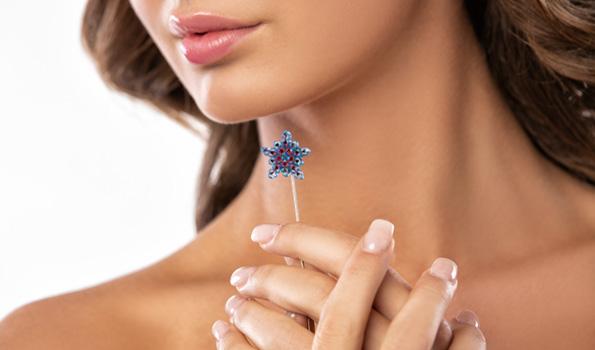 We are pleased to be able to introduce a new project made using PRECIOSA Triangles.

You can choose seed beads from a large pallet of colors, as well as with linings and surface finishes. This delicate sewn pattern can be used in several ways, for example as a lapel decoration on a jacket, in earrings, as a ring or as an accessory on a hair clip. 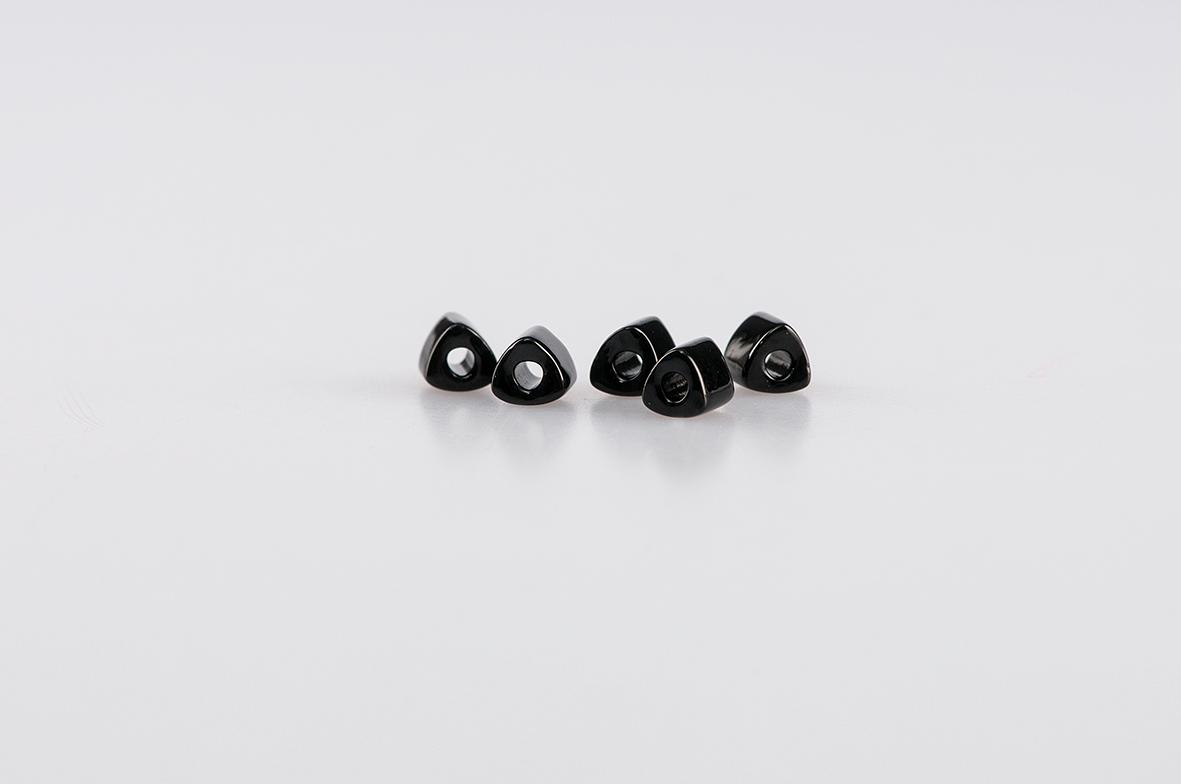 Step 1:
Cut off about 70 cm of line. Tie an R at the end. This will secure the T against slipping. String 5x T. 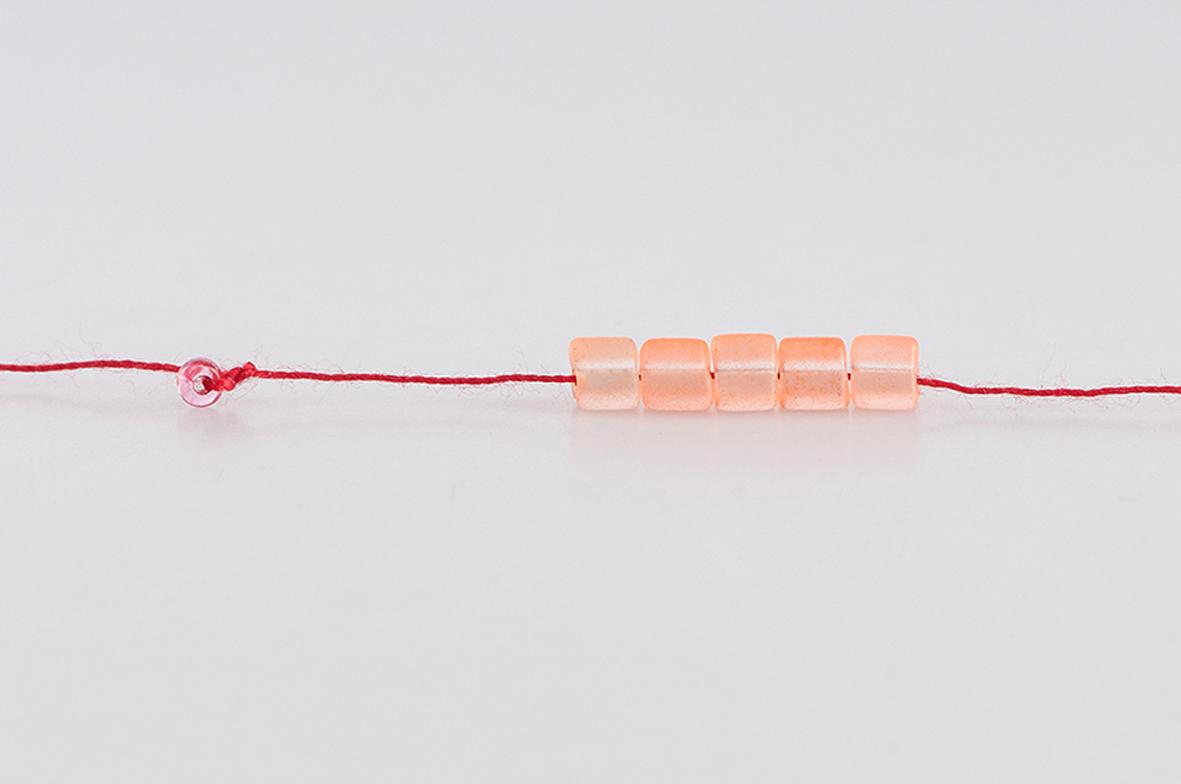 Step 2:
Sew the basic circle. Use the "square" stitch and connect all 5 T one after the other. Connect the 1st and 5th T. 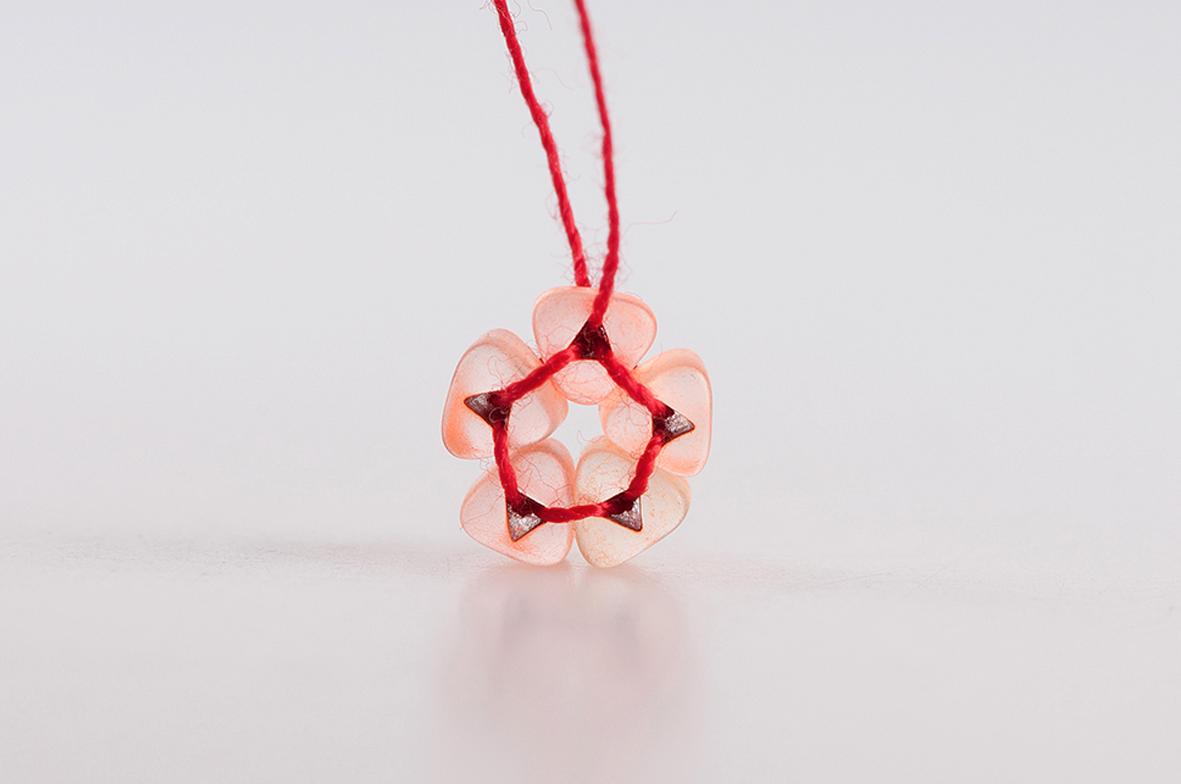 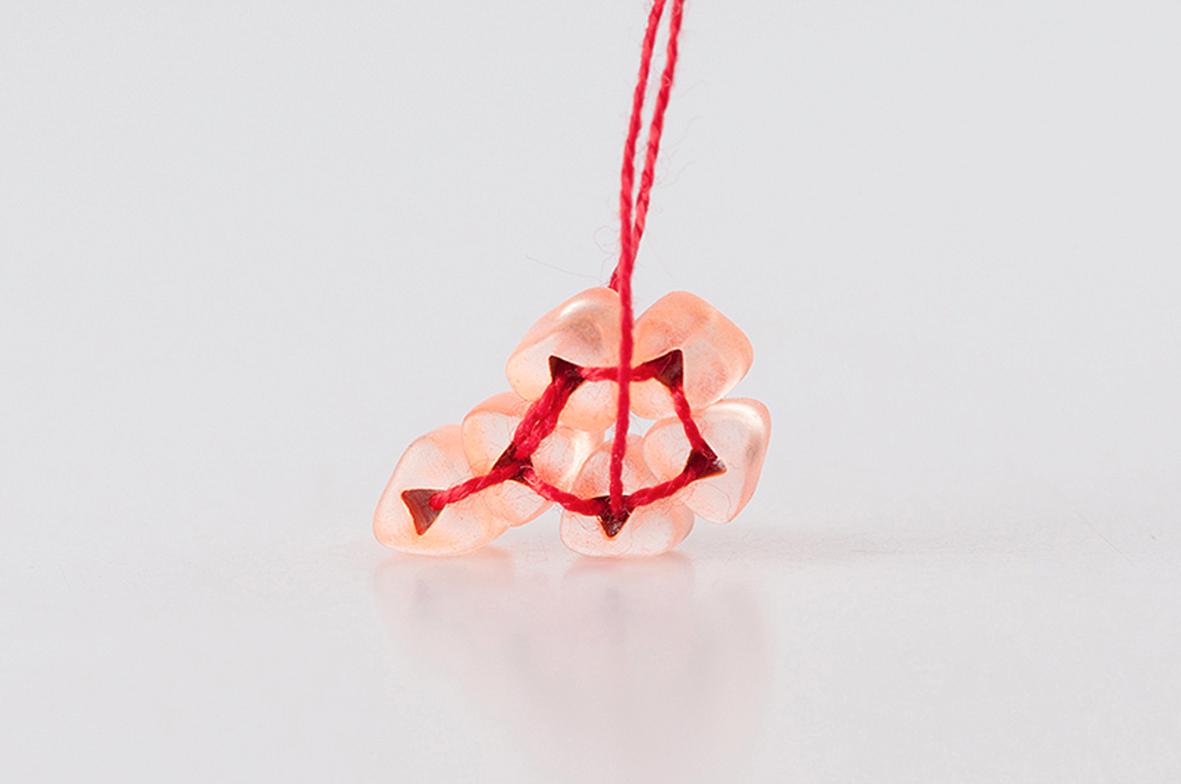 Step 4:
Thread the line through the following T from the basic circle and always add 1x T to it. 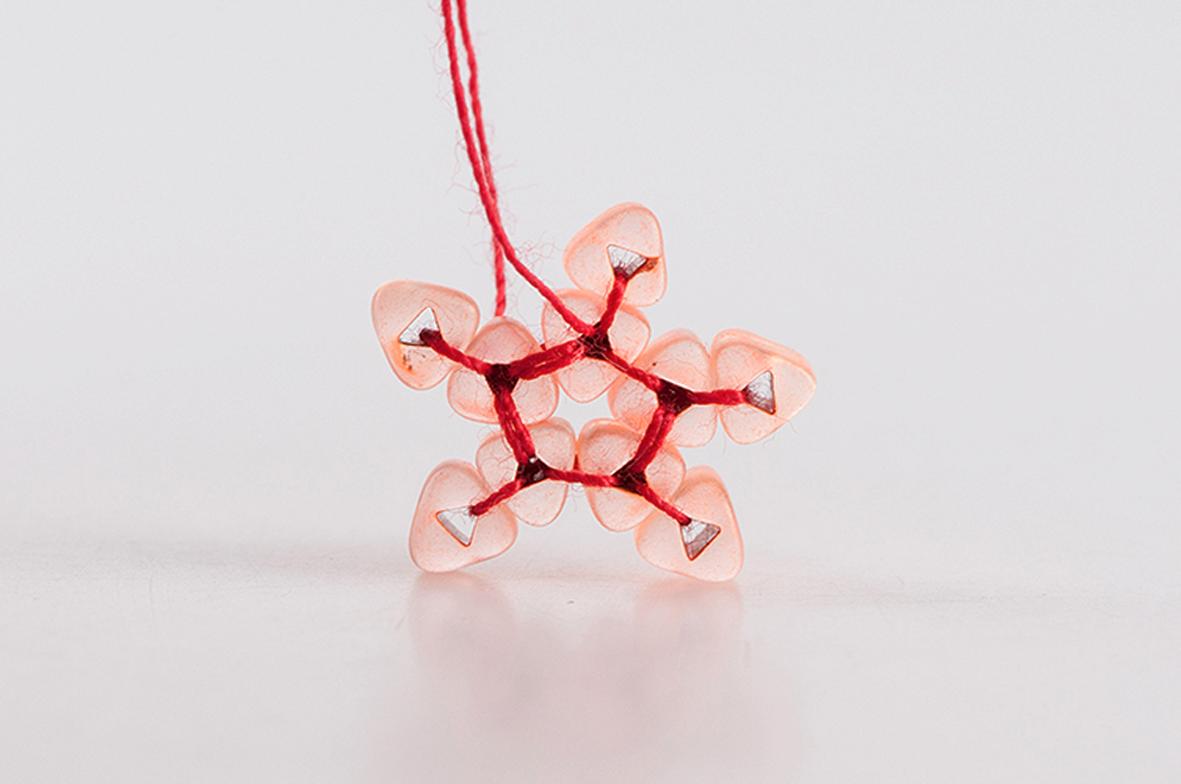 Step 6:
Sew more projections consisting of 2x T into the other four gaps. When viewed from above, the basic circle is sewed through 2x and the projections are sewn through 1x. 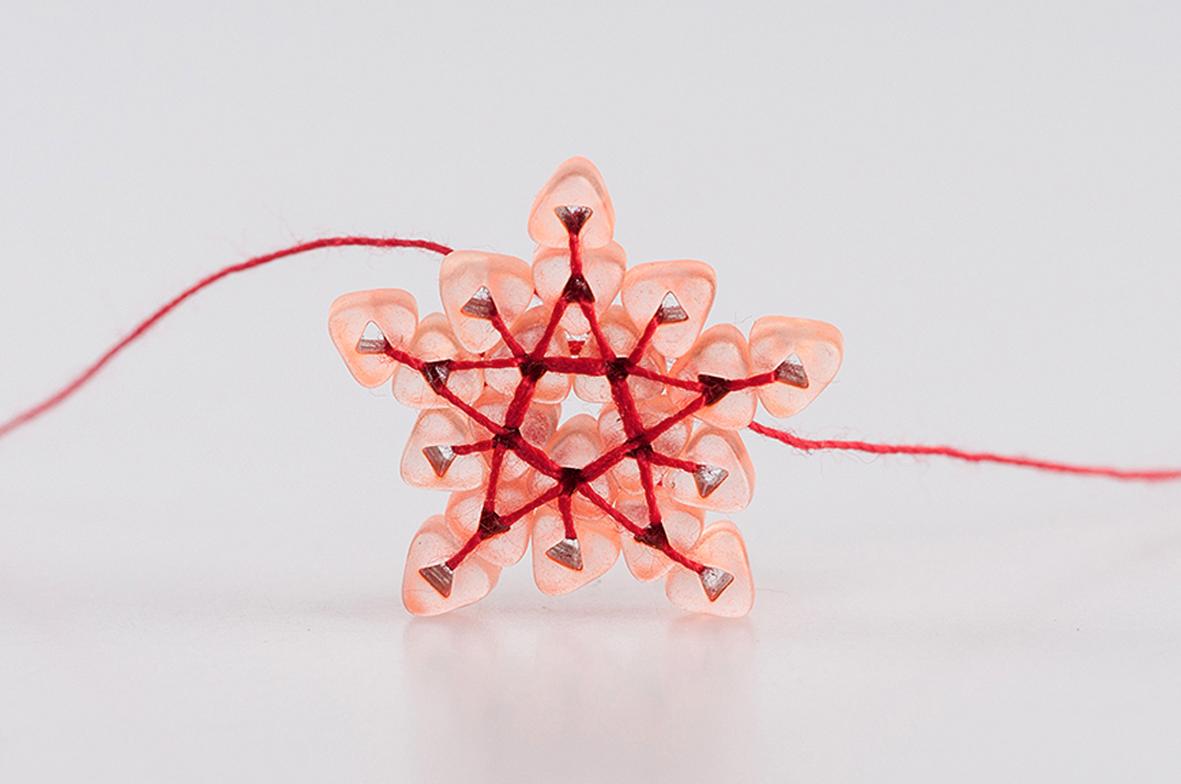 Step 8:
You can use these stars any way you want. For earrings, sew two of them and glue the flat base of the butterfly back onto them. Thread a cord through a hole in a T for a pendant and glue on the end pieces. Attach the carabiner using a ring. When assembling a broach, bend the blunt end of the pin. Thread it through the central hole in the circle and glue it to the star. 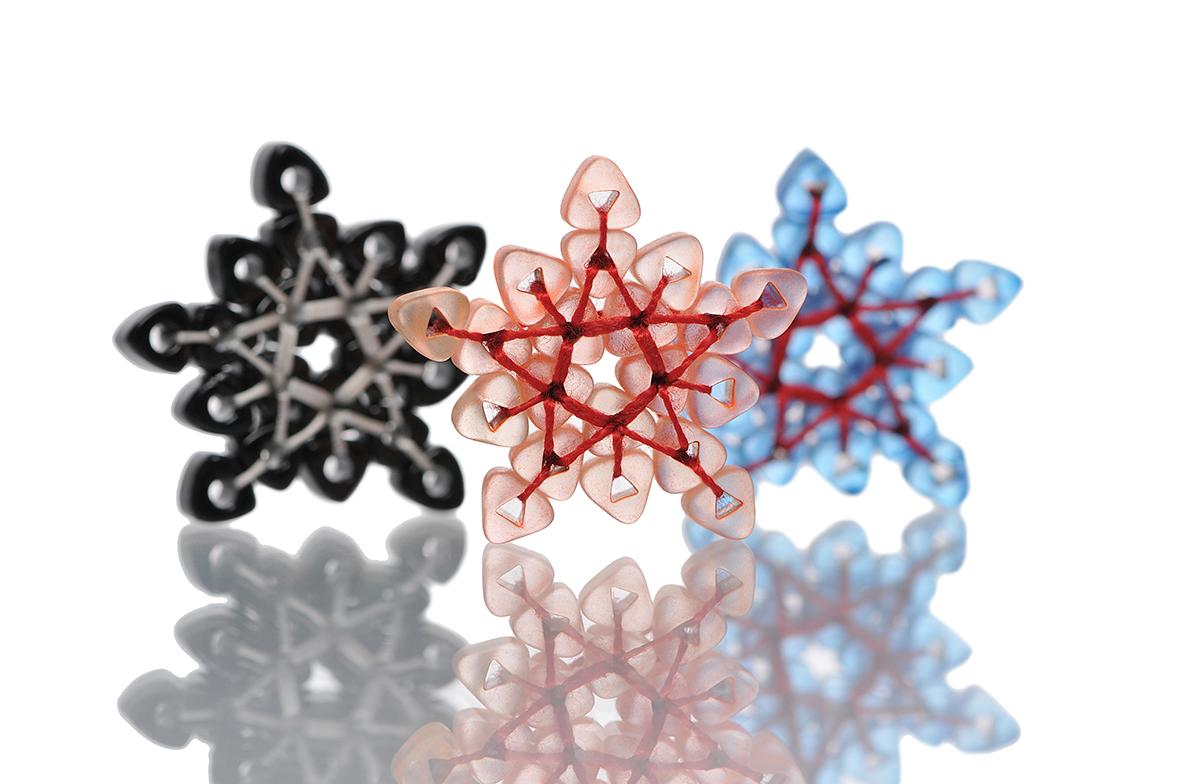 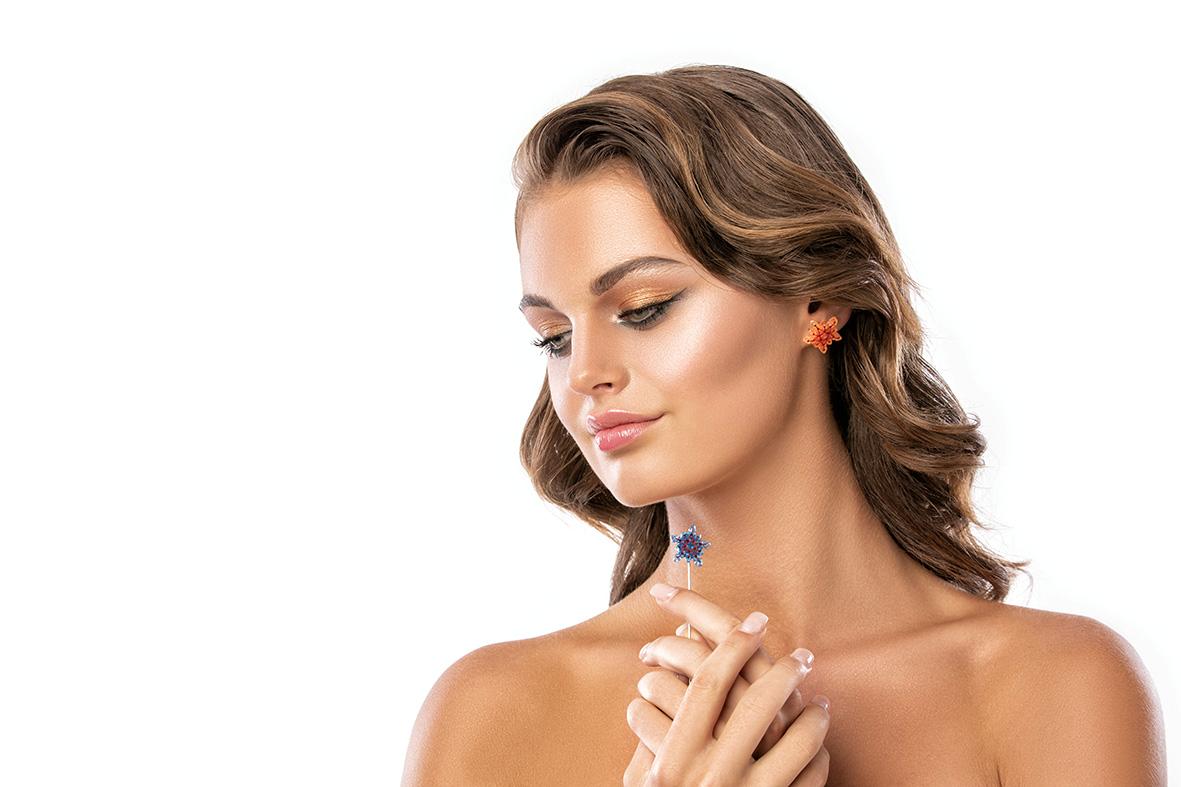 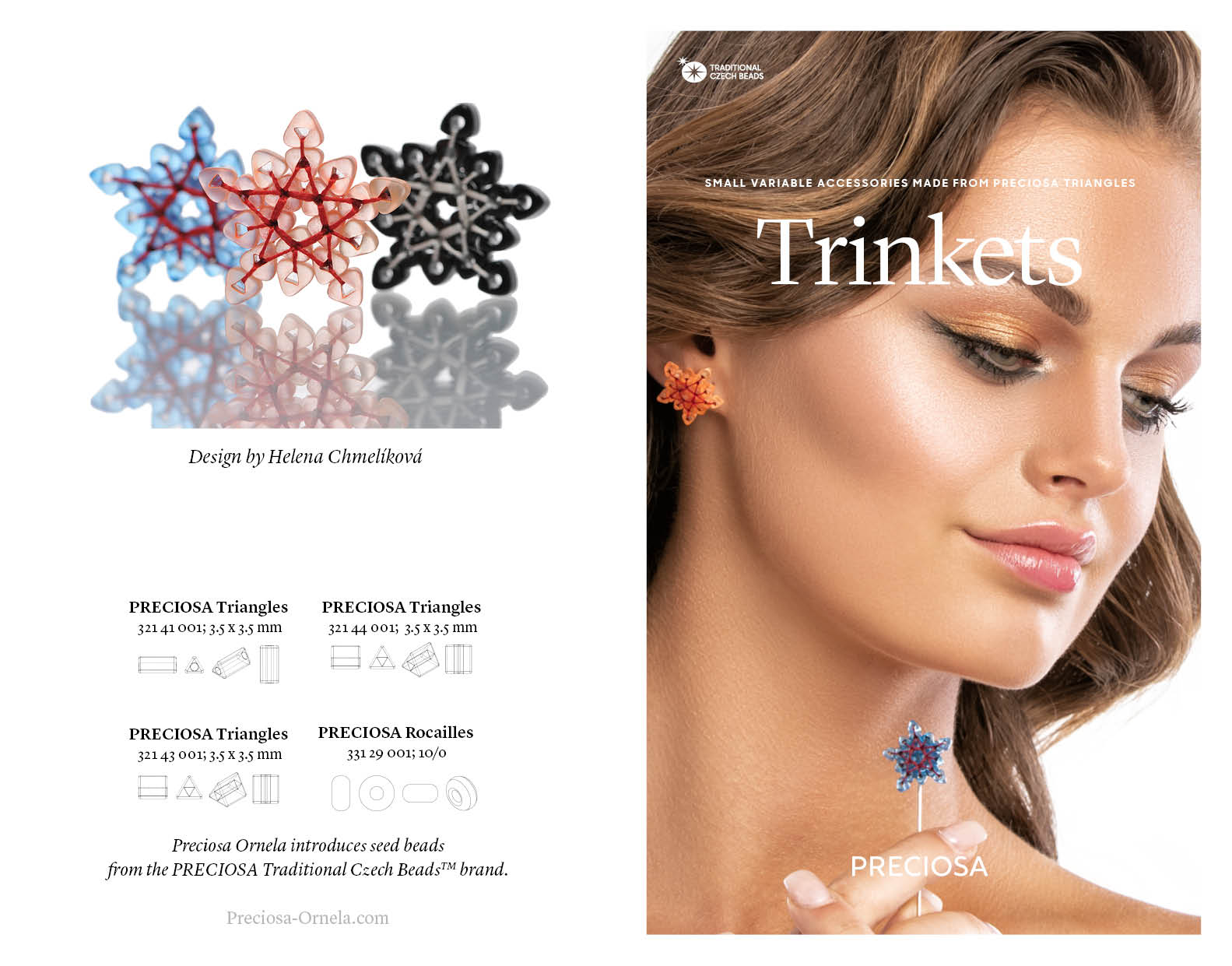 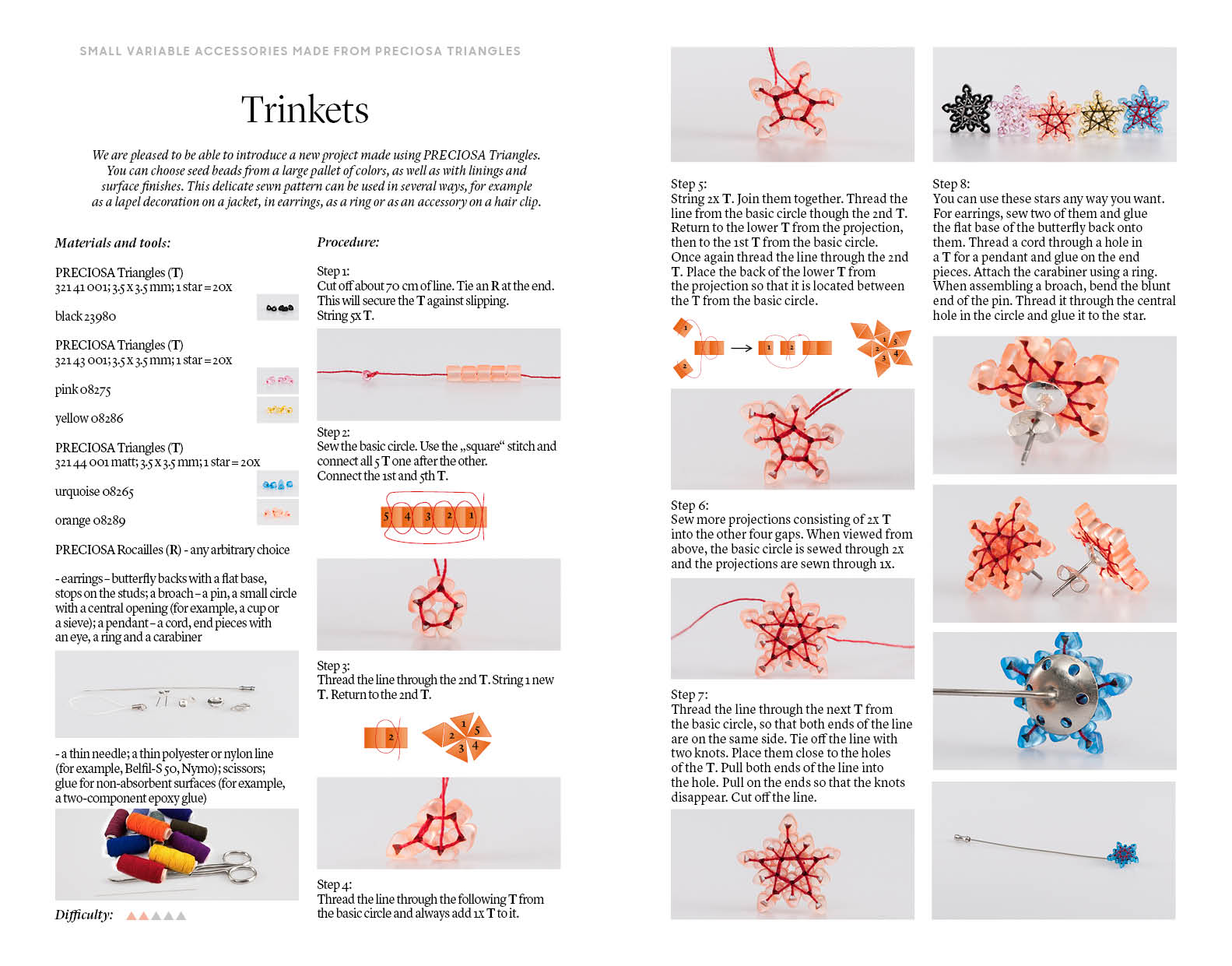