Ice flowers or sugar crystals? We present a tutorial on how to make special decorations or costume jewelry accessories which recall the delicate beauty from the age of our grandmothers and great-grandmothers. No matter whether as luxurious earrings or as an interior decoration, they will stand out beautifully and complete the special holiday atmosphere at any time of the year. 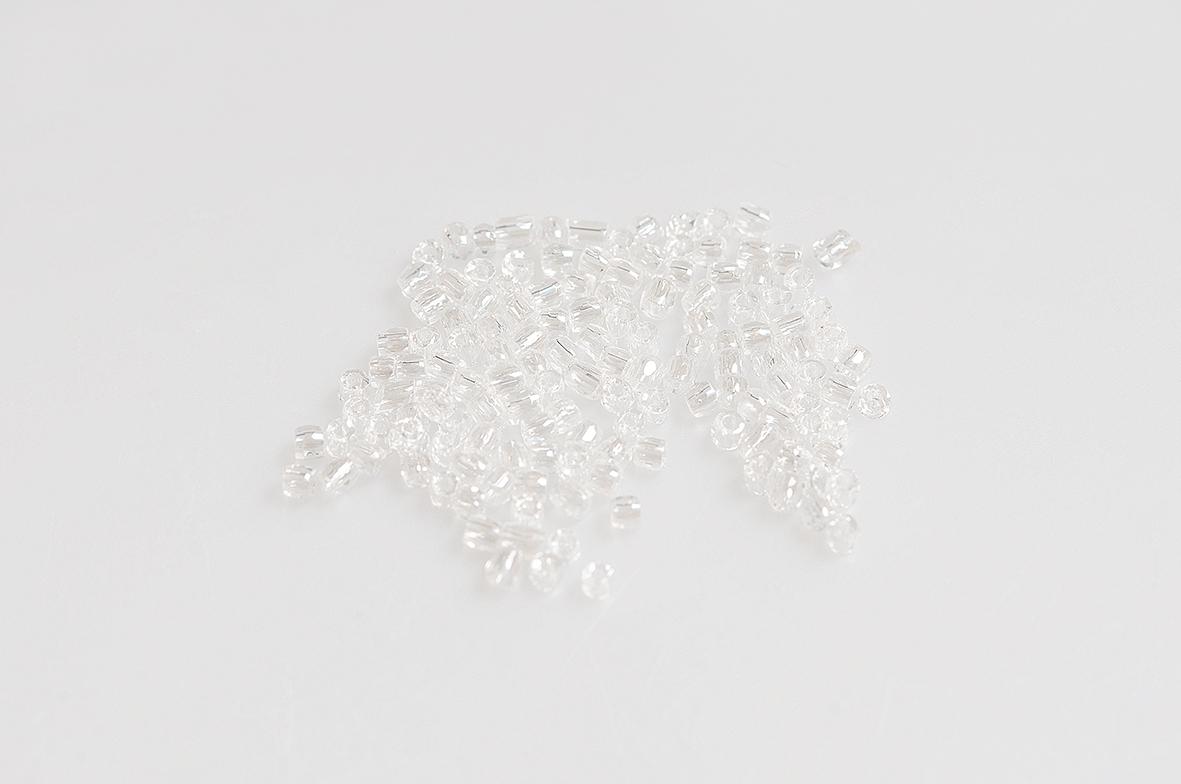 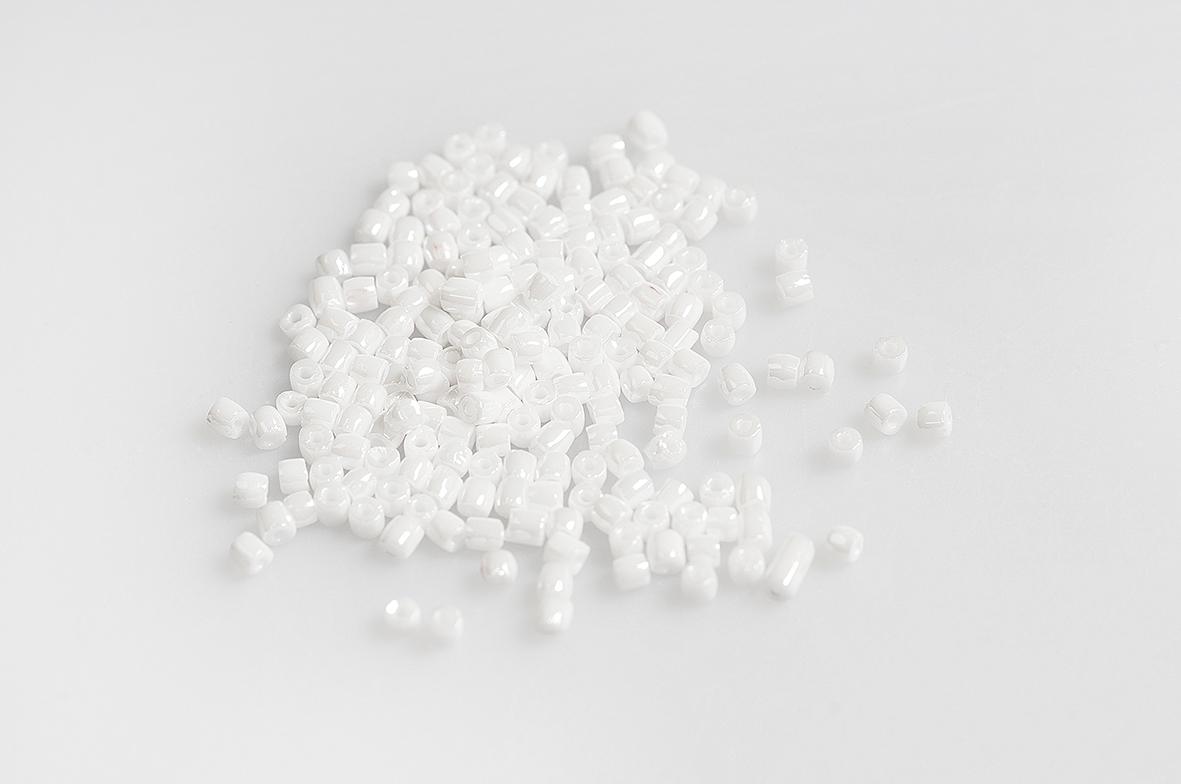 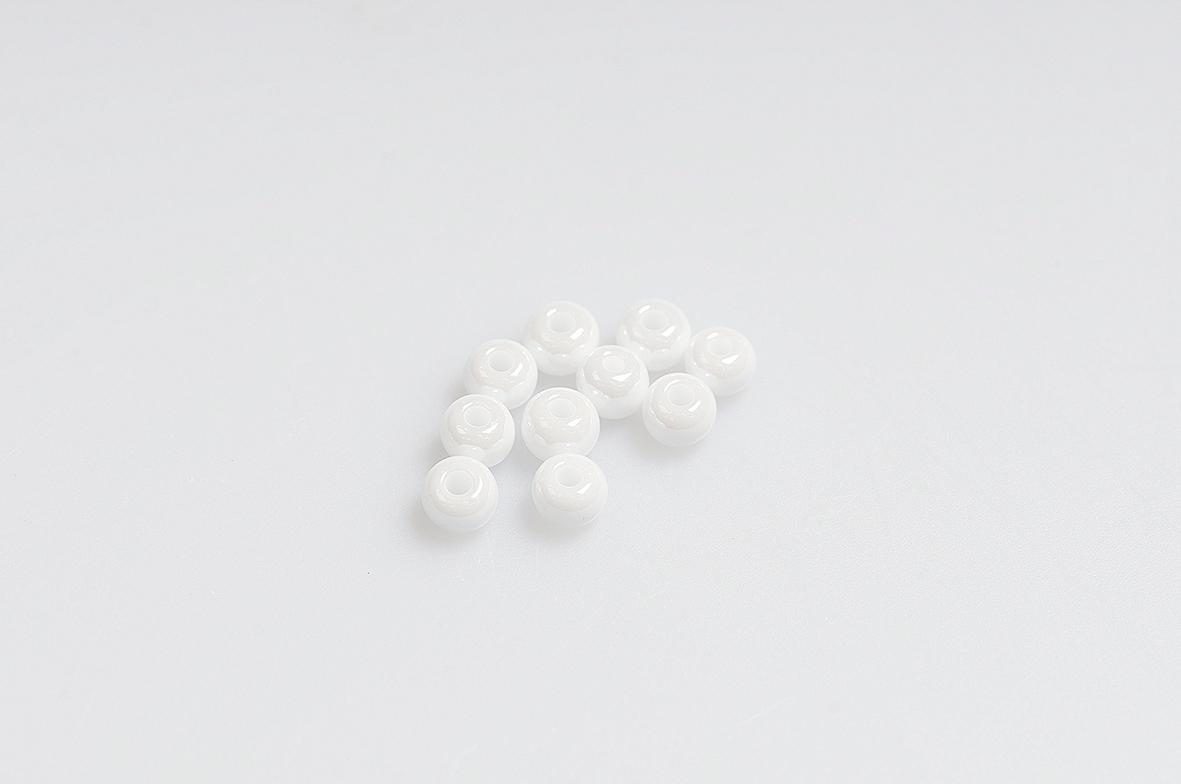 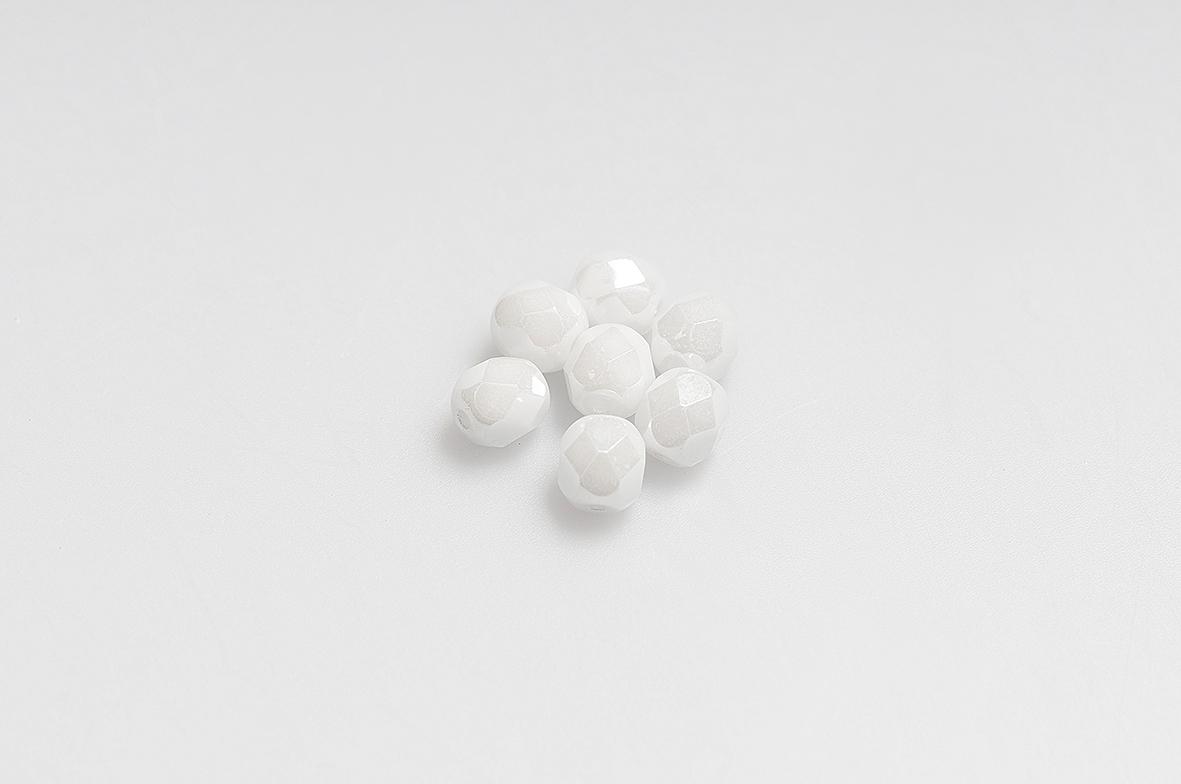 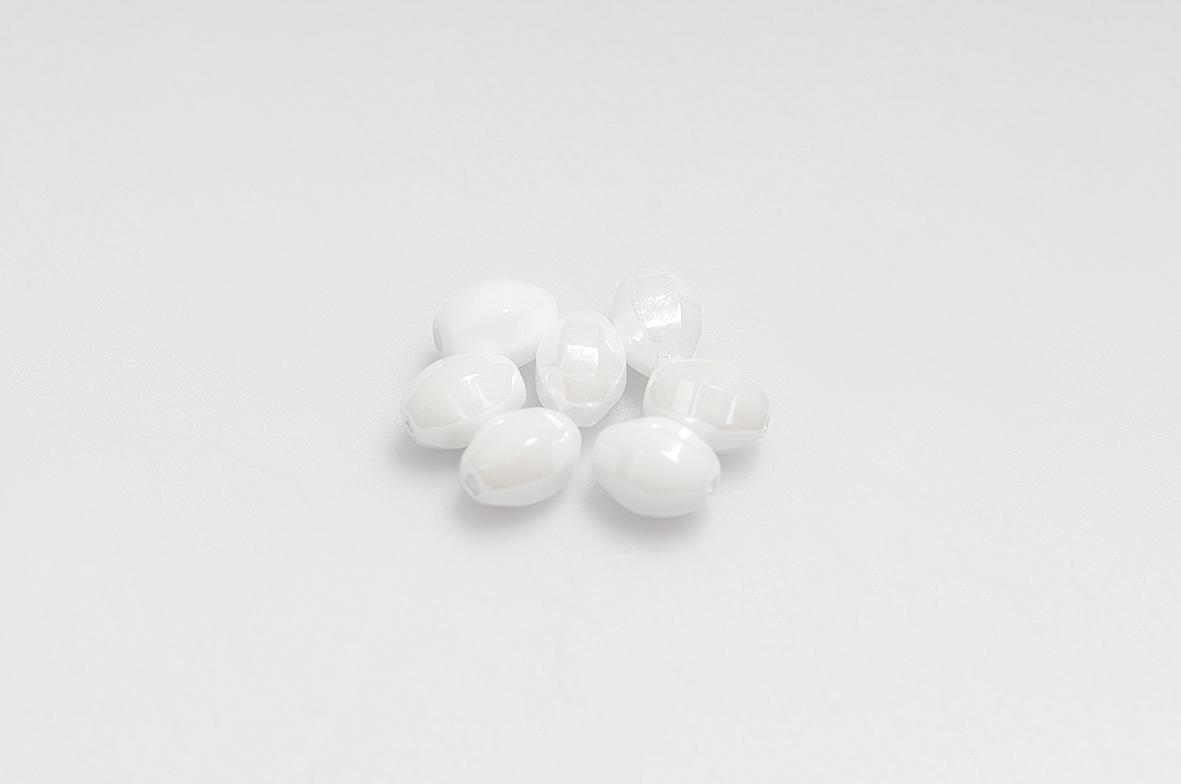 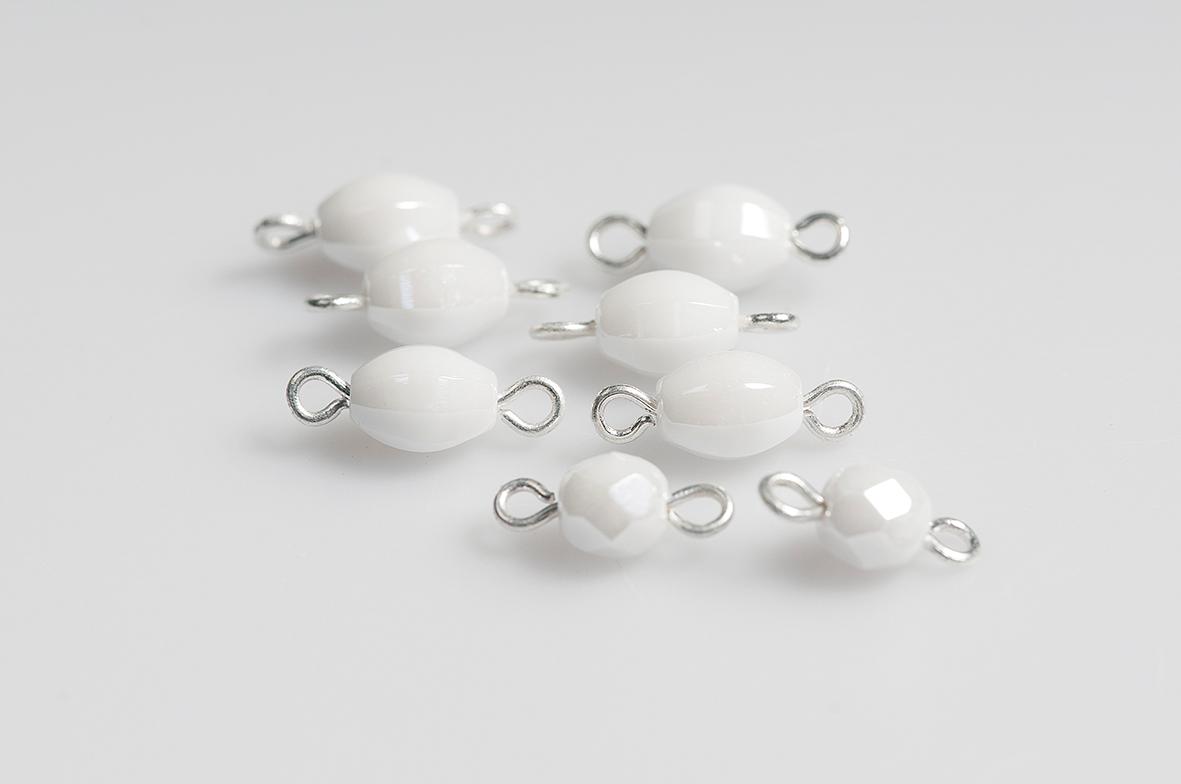 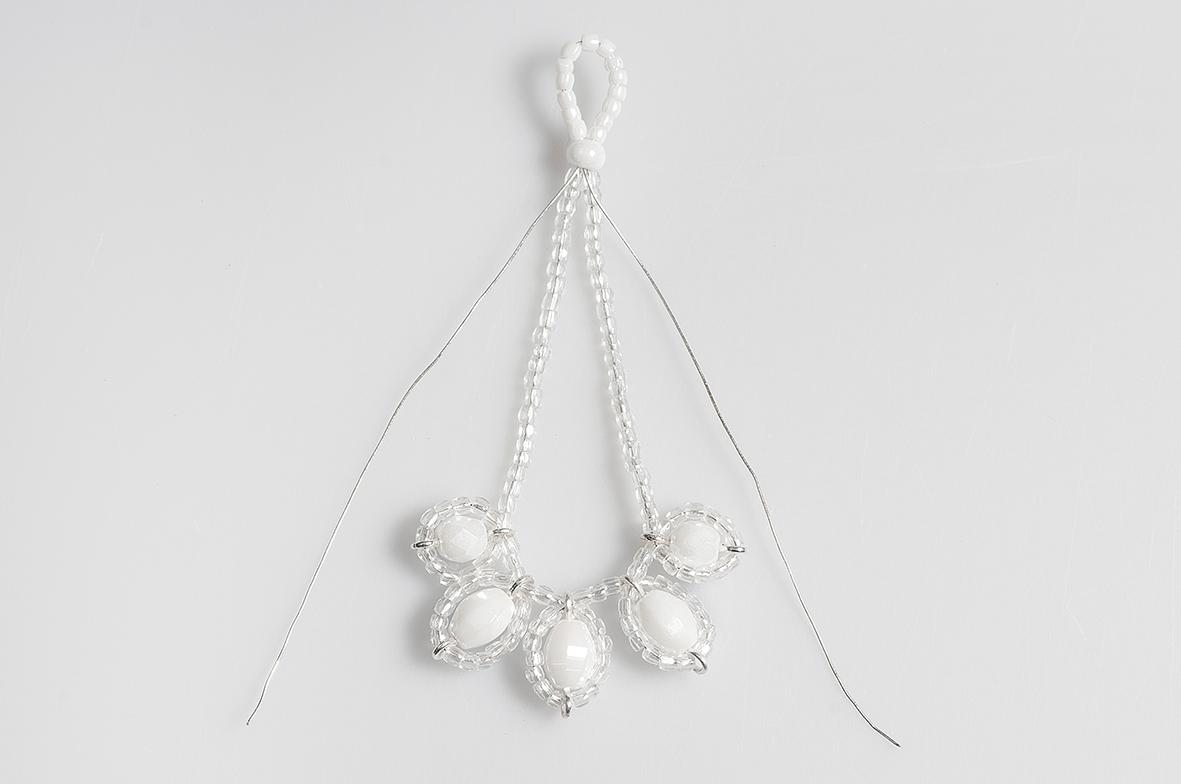 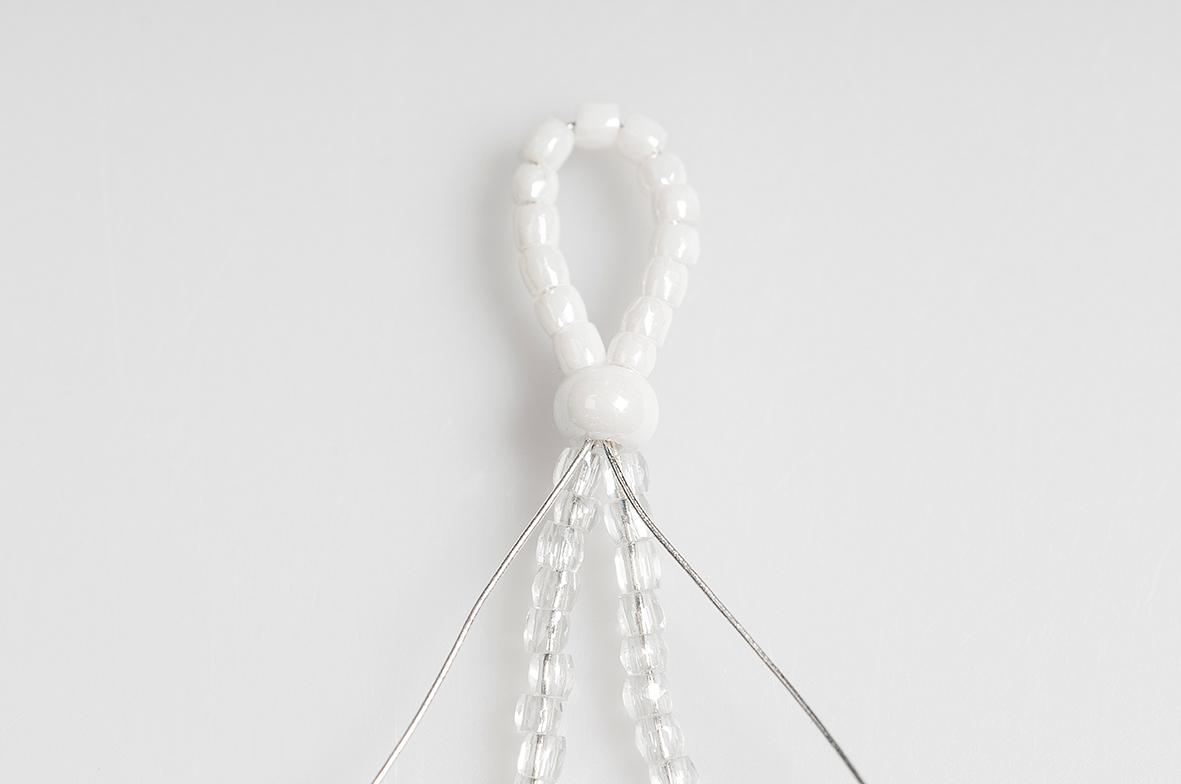 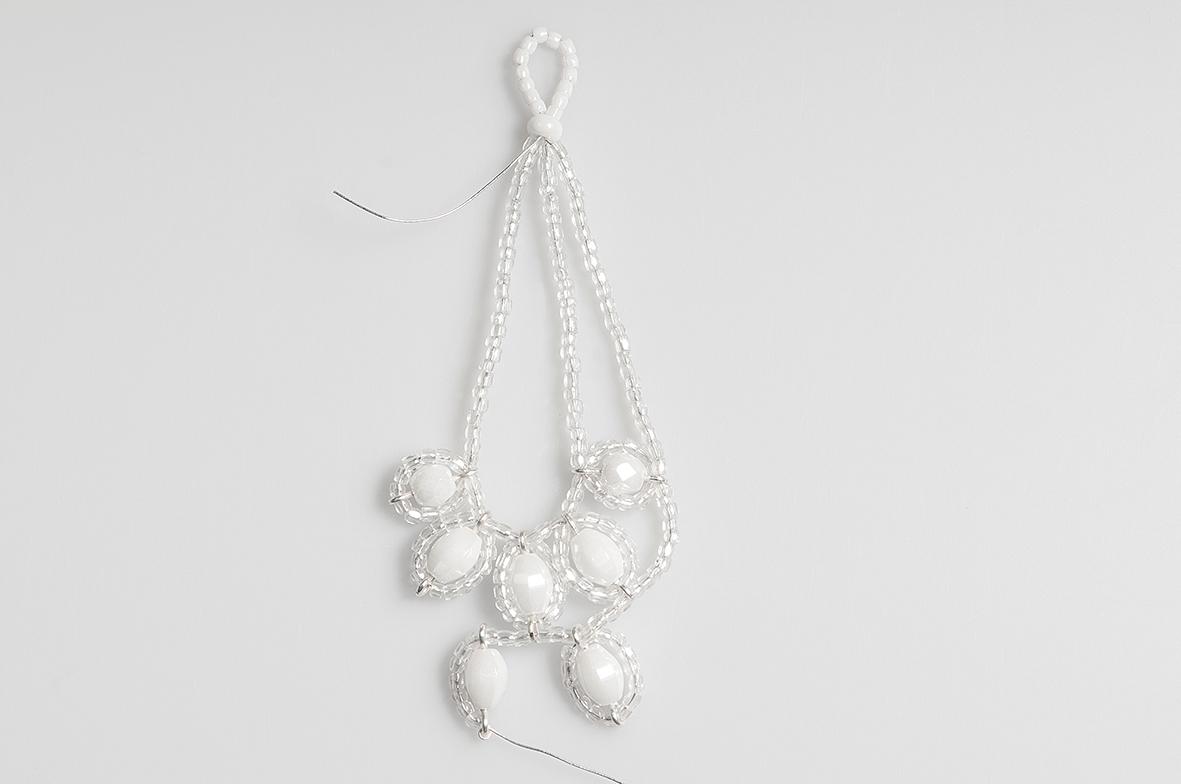 Proceed in the same way as in step 3 until both parts of the wire are connected at the FP2 (fig. 5). 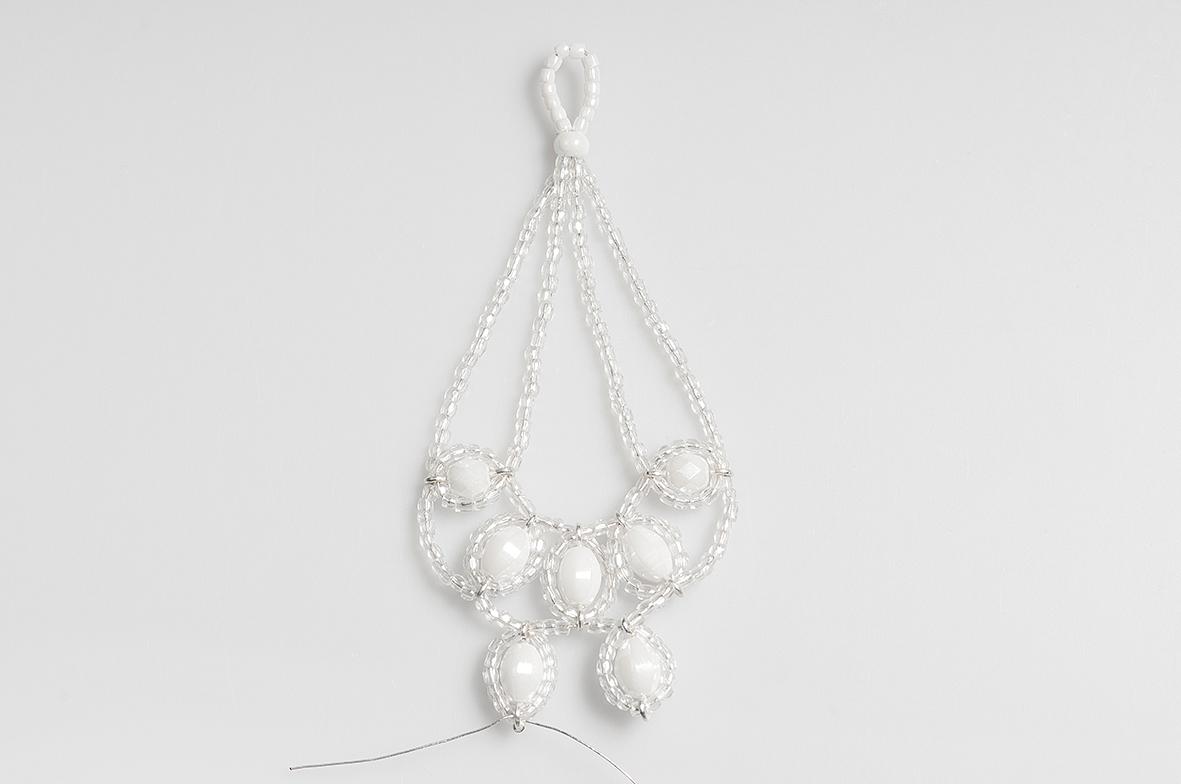 String 4x 3C2 onto the wire which is heading into the centre. Add the last FP2 along with the side three-cut beads and then 4x 3C2 again. Thread the eye pin through the adjacent FP2. String 7x 3C2. Thread the on the side of the FP2 between the 4th and 5th 3C2 and fold (secure) the wire. String 8x 3C2. Secure the wire between the 3rd and 4th 3C2 on the upper arch.

String 8x 3C1. Thread the wire through the eye pin at the FP1. Add one more chalk 3C1 along the crystal line of the arch. Twist the wire and thread it under the R (fig. 6). 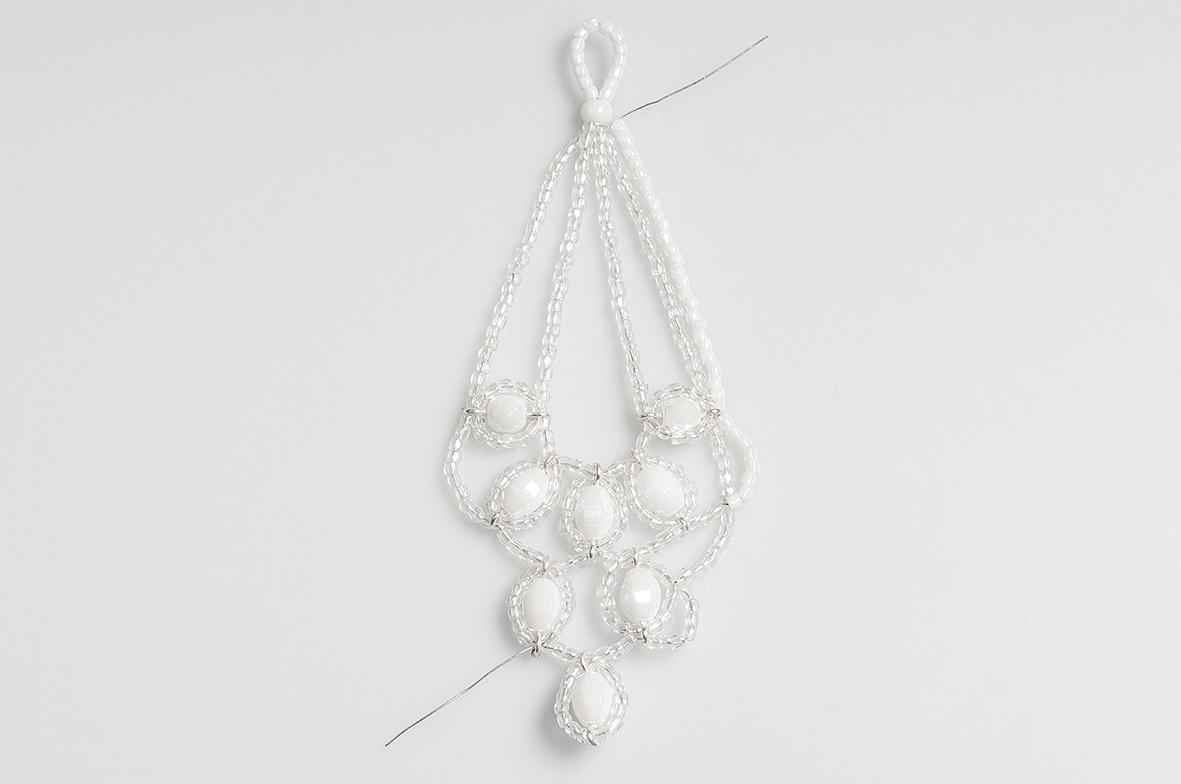 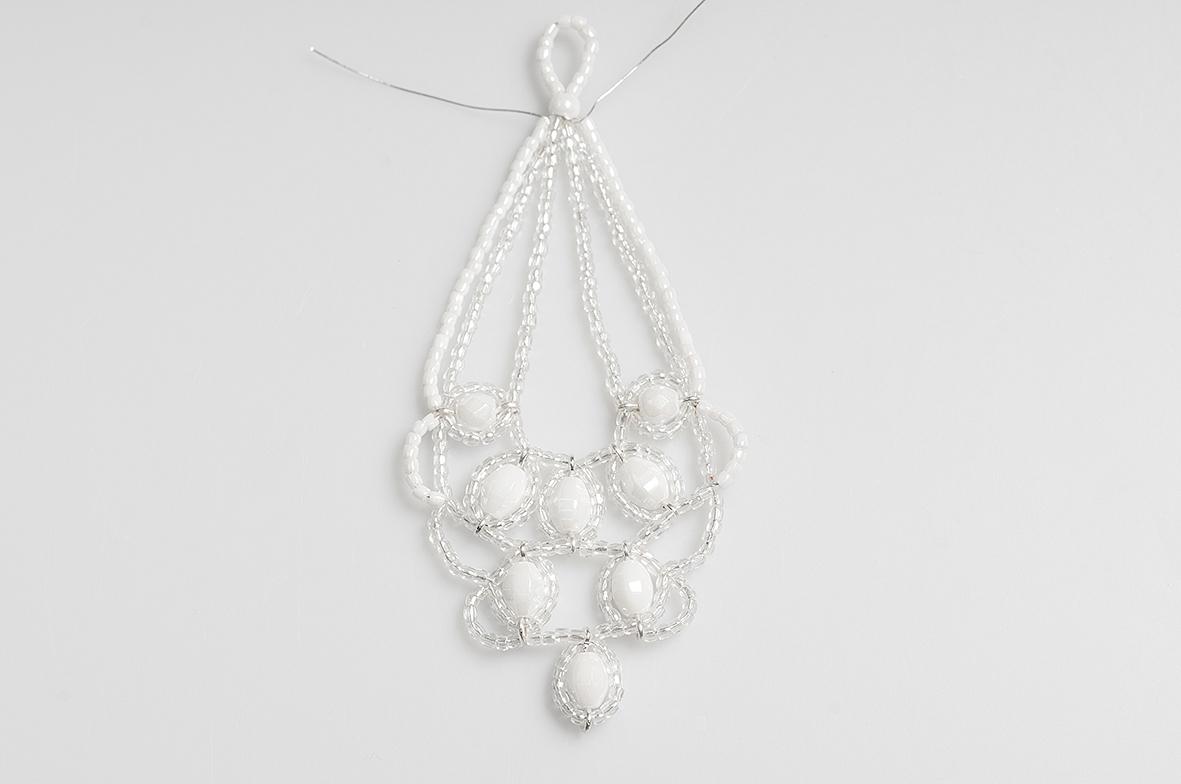 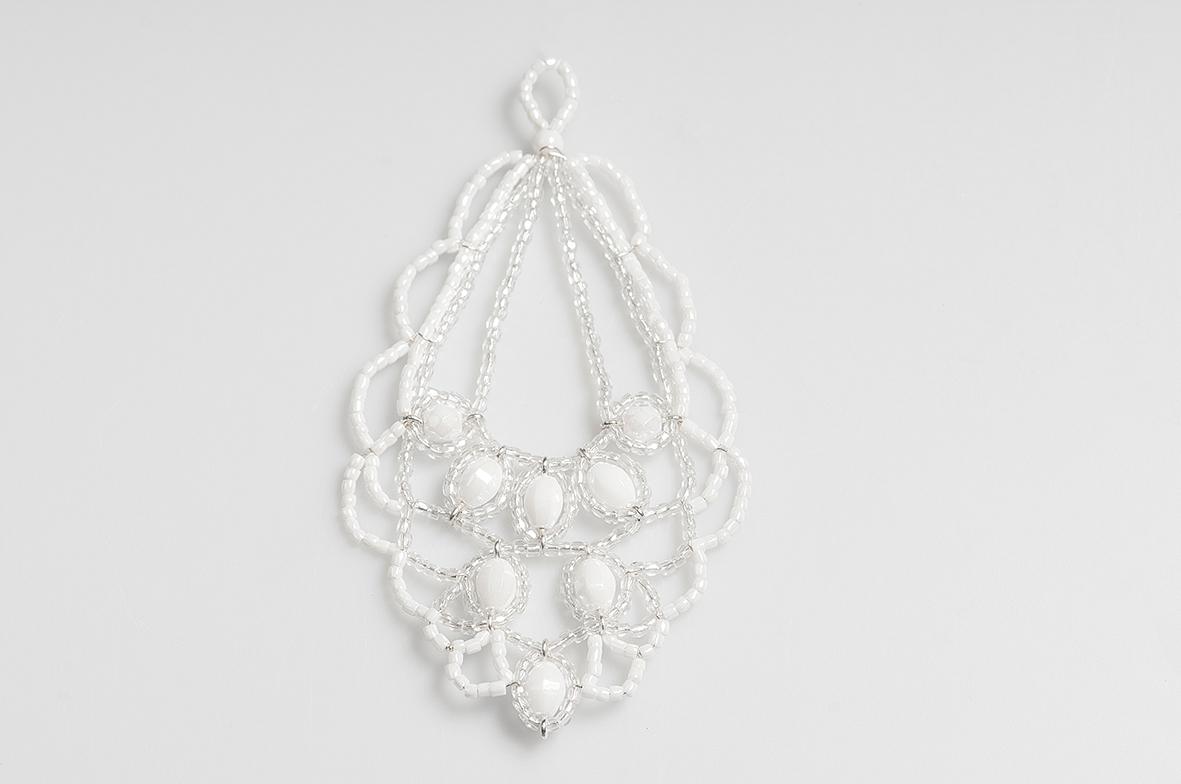 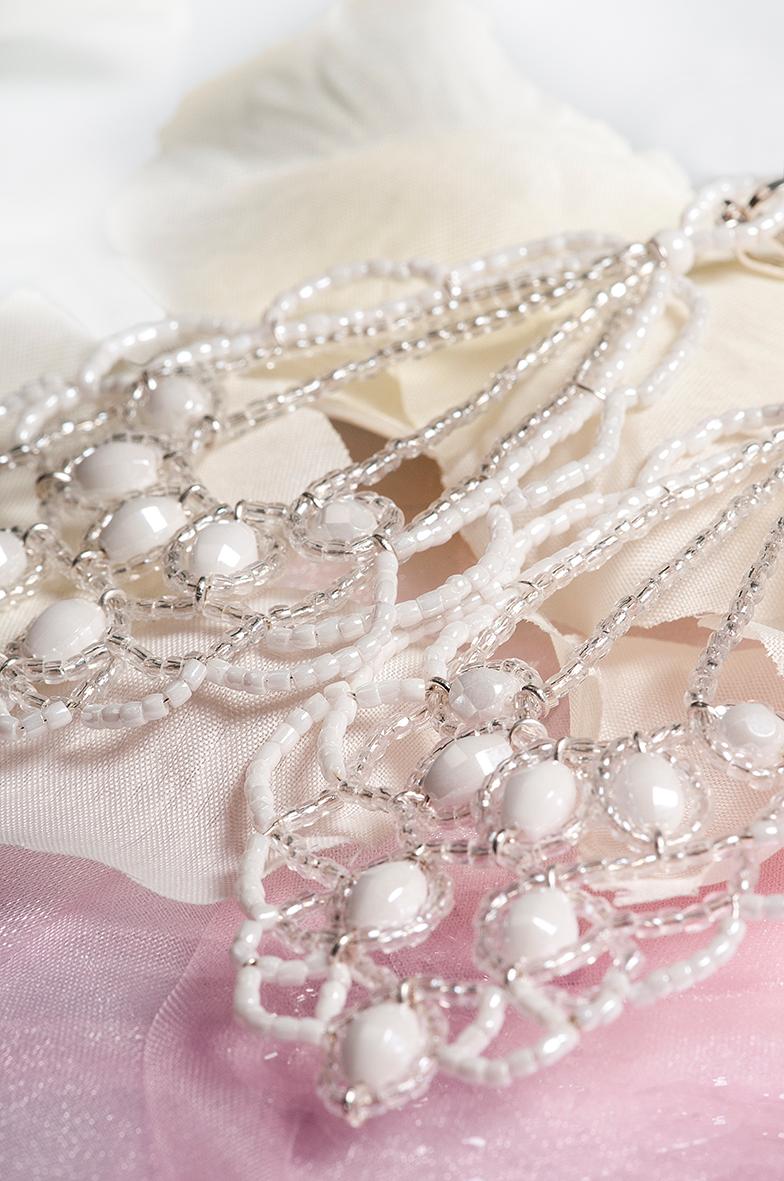