Necklace made from imitation pearls

You are sure to be able to use this imitation pearl necklace during gala occasions and in combination with an evening gown. The wide color range of the beads from the PRECIOSA Traditional Czech Beads brand provides the option of harmonising this fashion accessory with your wardrobe.

Imitation pearls from the PRECIOSA Traditional Czech Beads brand were originally made to imitate real pearls. This involves special technology applied during the surface finishing of pressed, fire polished or lamp beads and as such the range of shapes and sizes is practically unlimited. You can choose the most beautiful combination from the wide range of colors according to your tastes. This simple tutorial will enable you to create an elegant accessory which you will be able to use on many occasions thanks to its timeless design. Select universal colors or make several color variants which you will be able to combine with your wardrobe.

PRECIOSA ORNELA wishes you many creative ideas and inspiration. 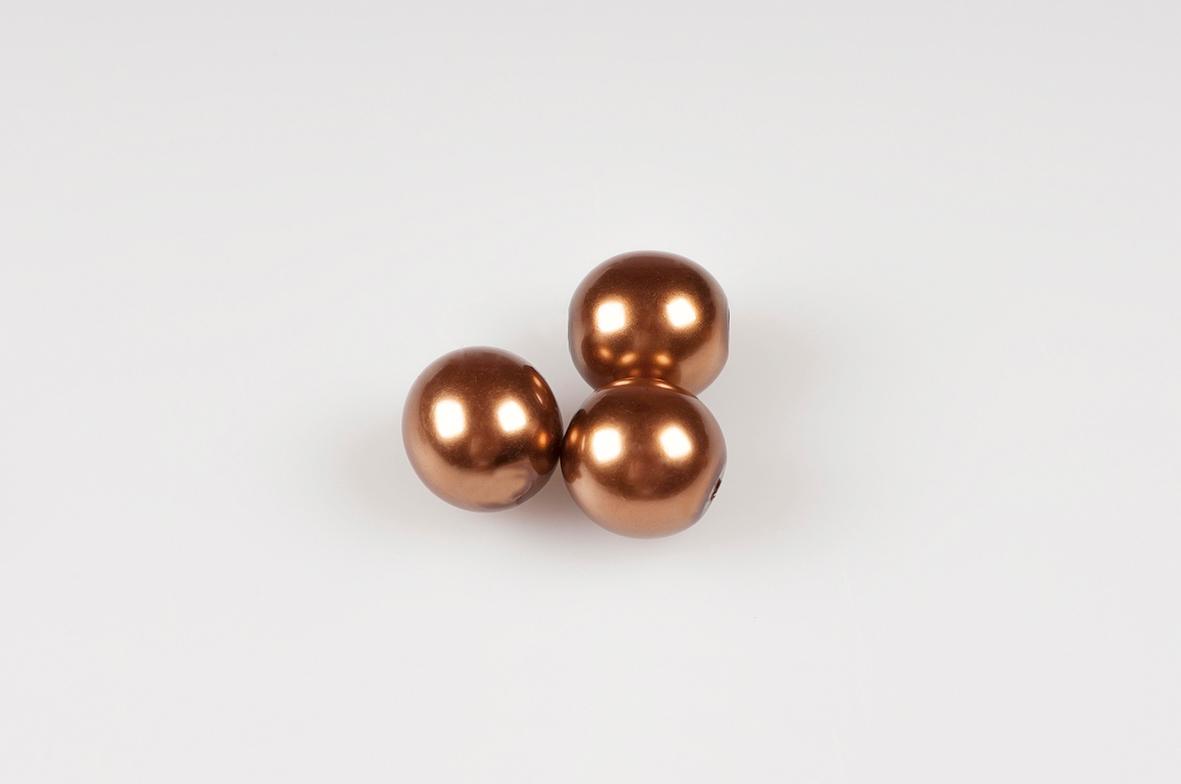 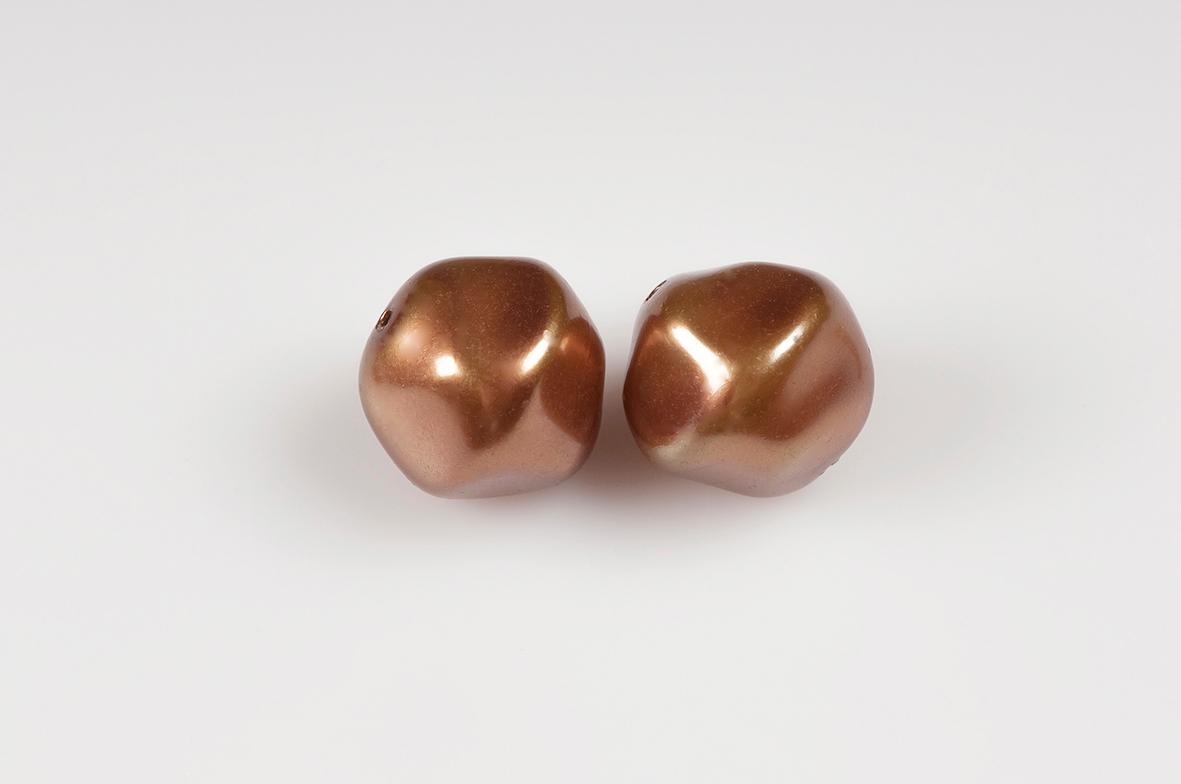 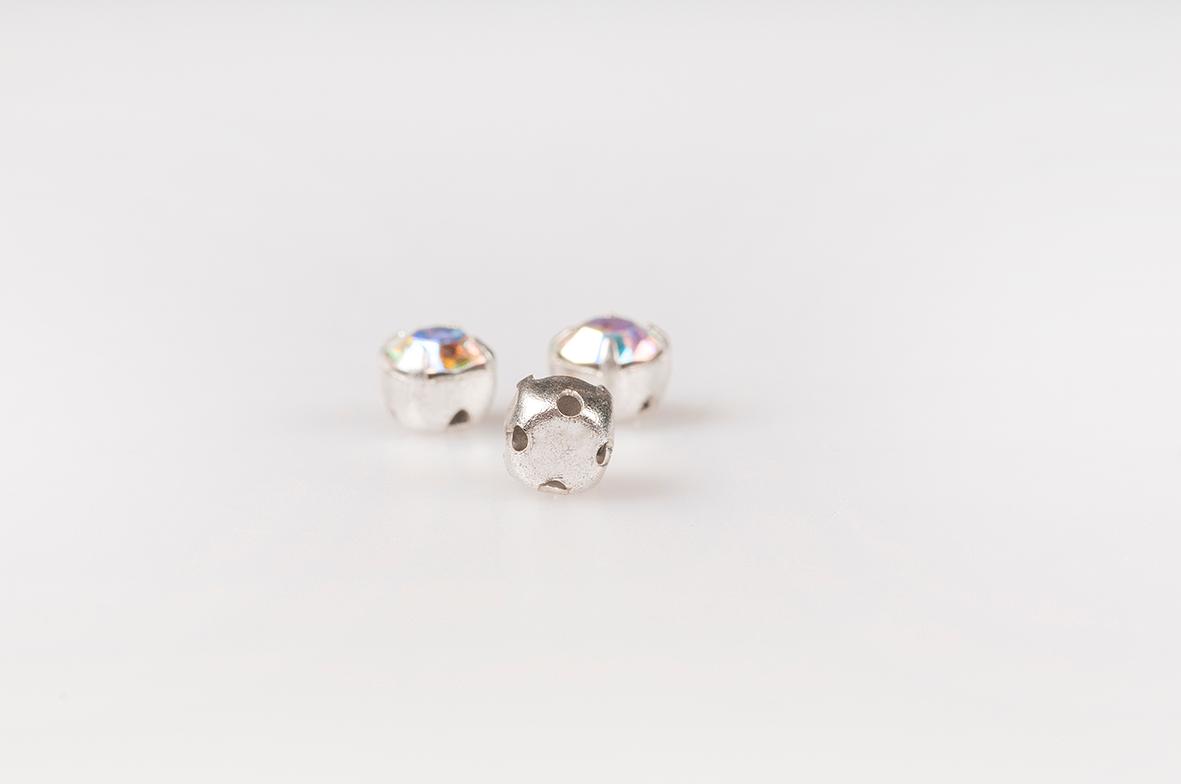 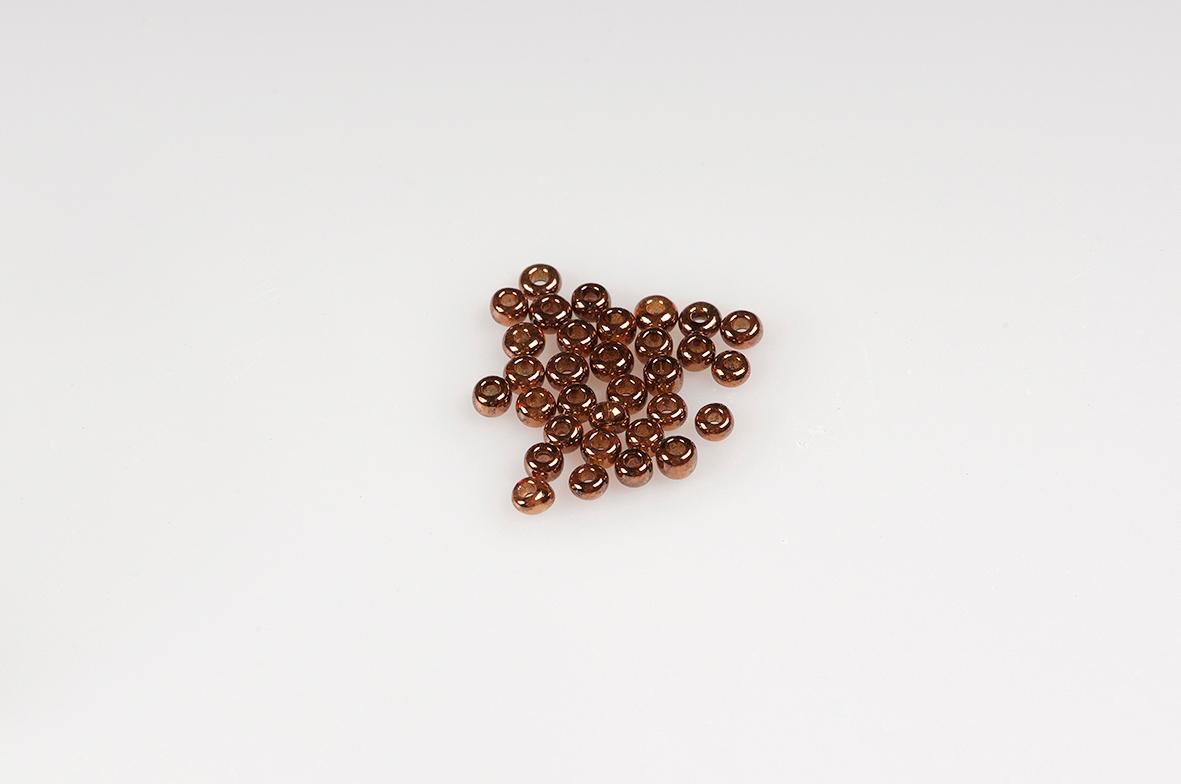 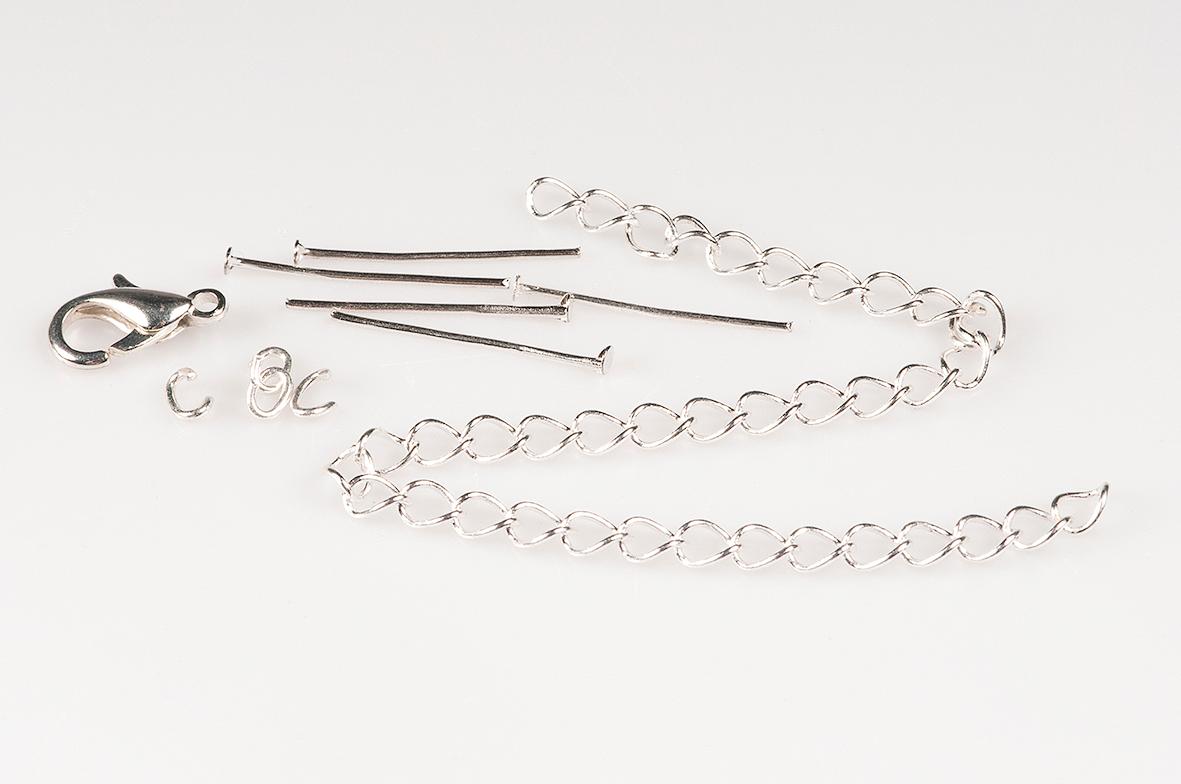 Connect the shaped IP2 bead to an eye pin. Grasp one end of the eye pin between the points of the needle nose pliers. Twist the eye pin around the point so that it is located centrally above the hole in the pearl. Gently tug the eye back. Connect two ovals and hang them in the connected eye. Snip off about 14 cm of adjusting chain. Hang both ends on an oval and connect another one to it. Also connect the carabiner to the two ovals. 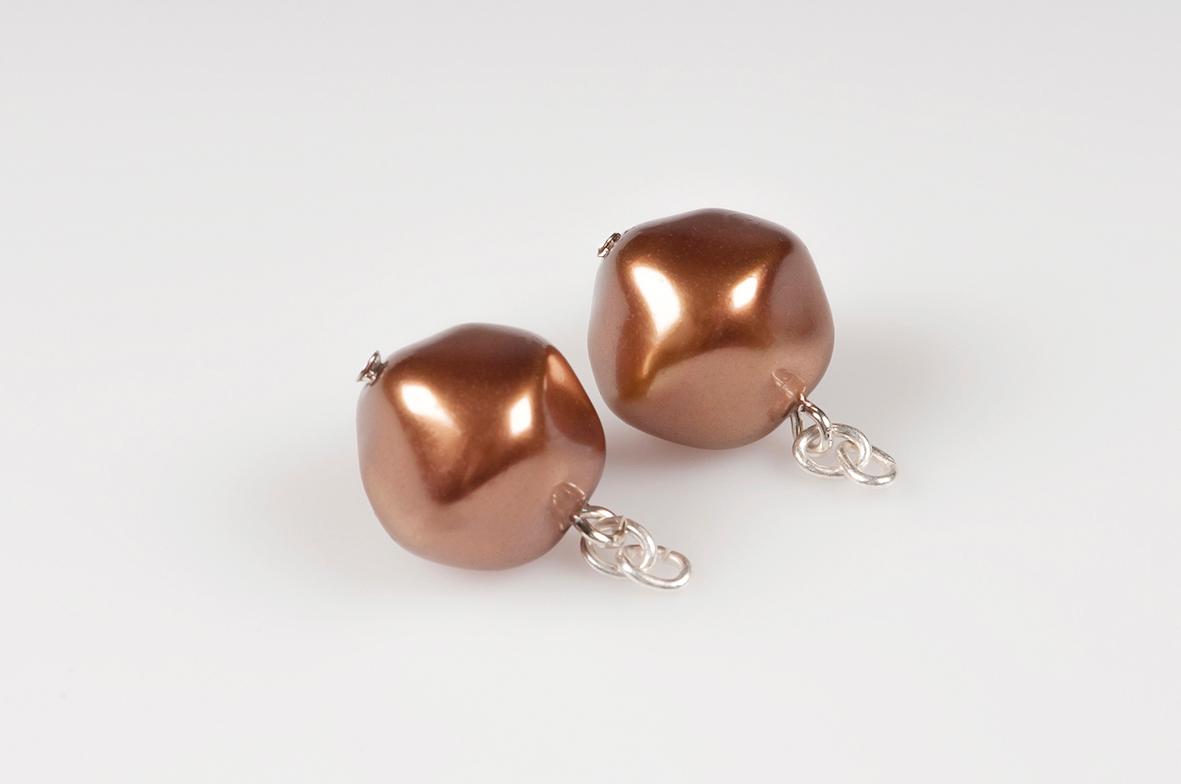 Step 3:
Start the return. Thread the line through the stones in the settings. The line will cross over the original line from the starting row. Start by stringing two ovals from the adjusting chain. Make sure that all the stones are facing upwards. Place the basic row so that it faces to the left and the adjusting chain is at its right-hand end. Thread the line through it. Add 1x R10. Alternately string the fragments of the outer and inner circumferences: 2x IP1 with 2x R10 between them, then 2x IP1 with 1x R10 between them. Also string both fragments 11x when returning. The first two and the last two will be without pendants. String 1x R10 and two ovals with a carabiner at the end of the band. Tie off the line with two knots. 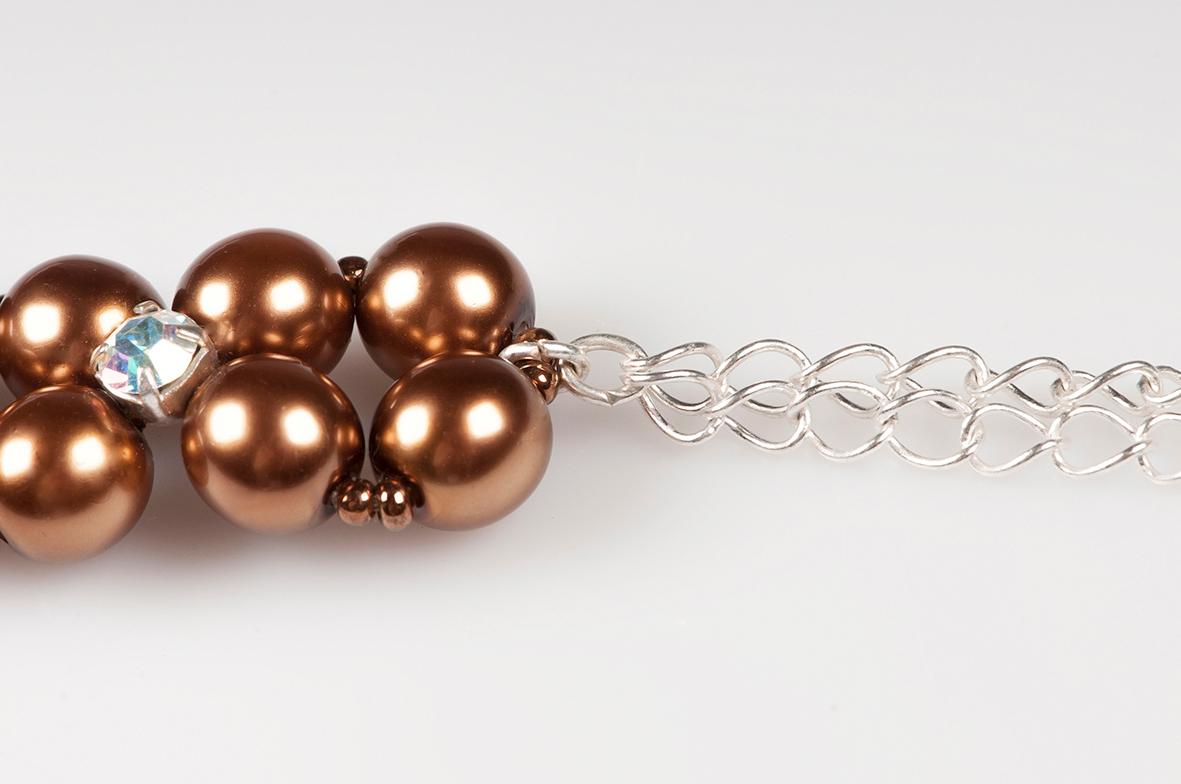 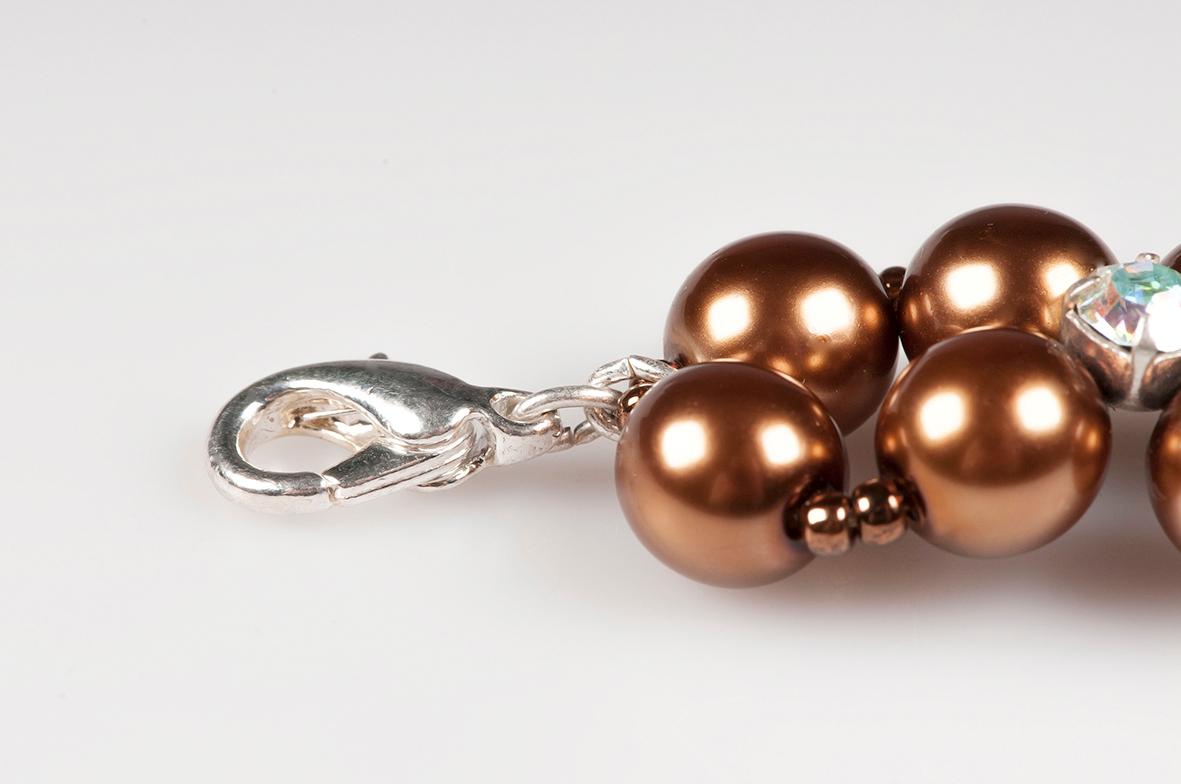 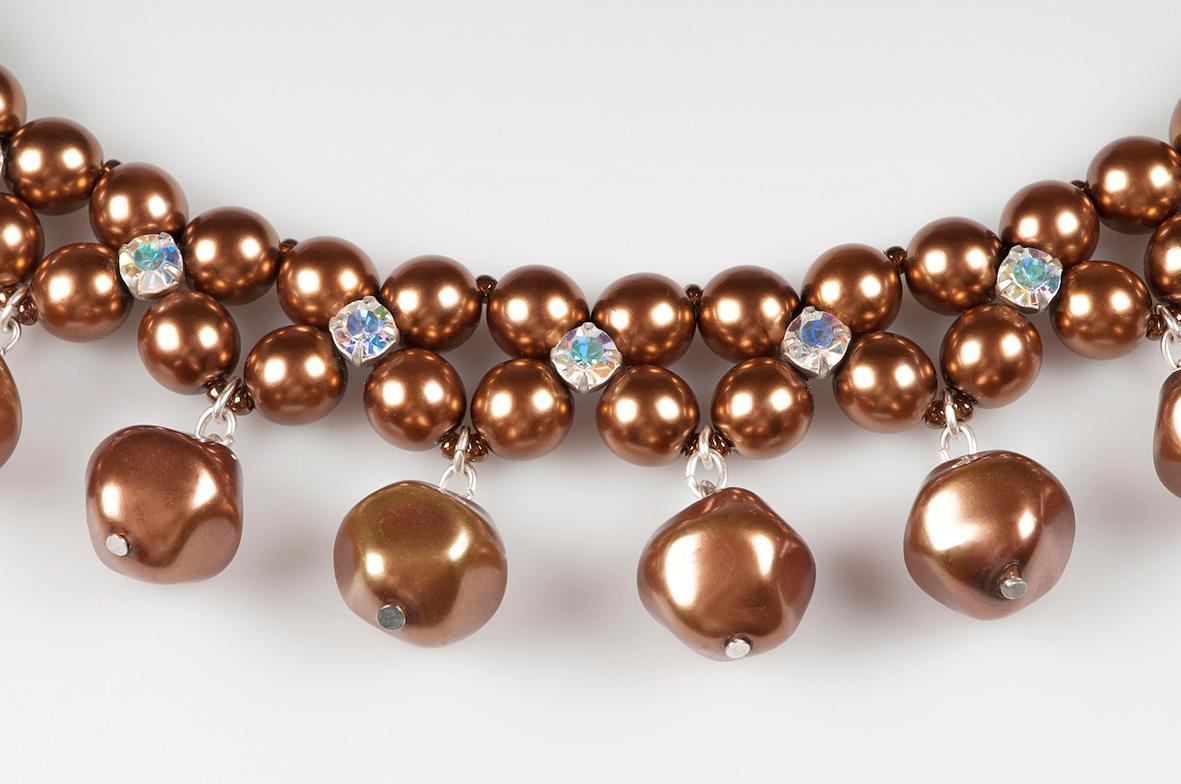 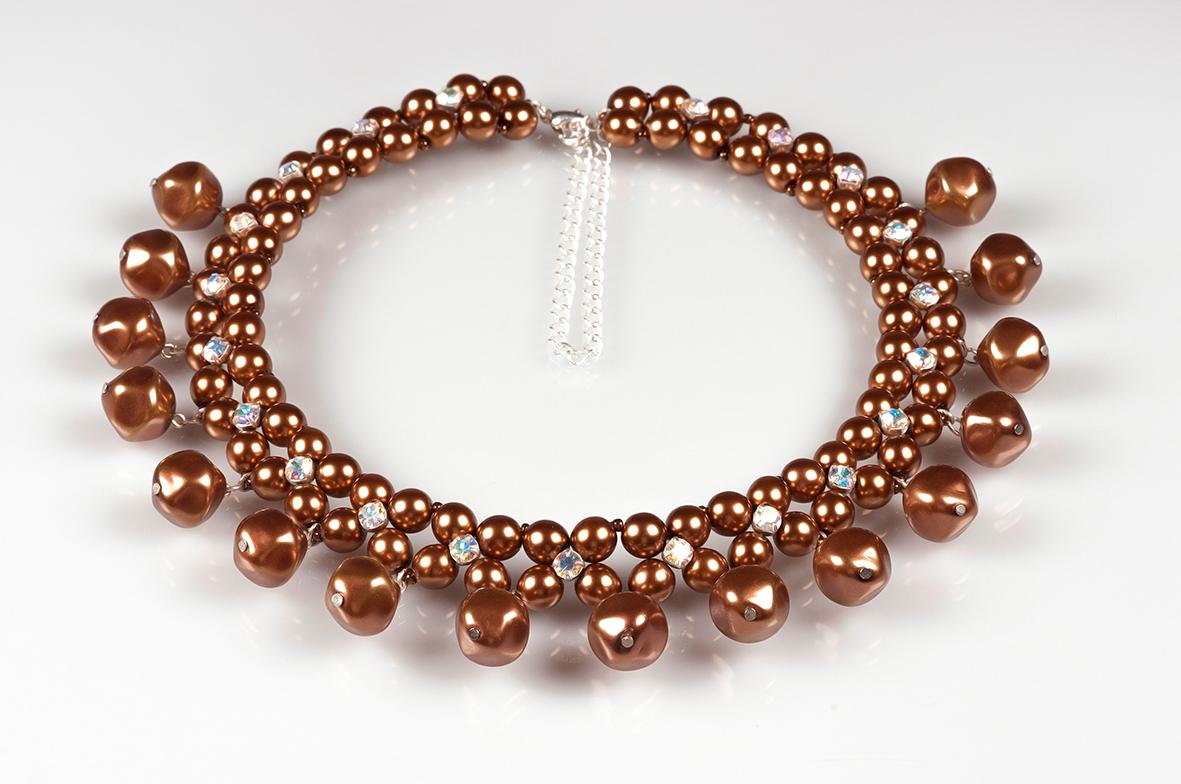 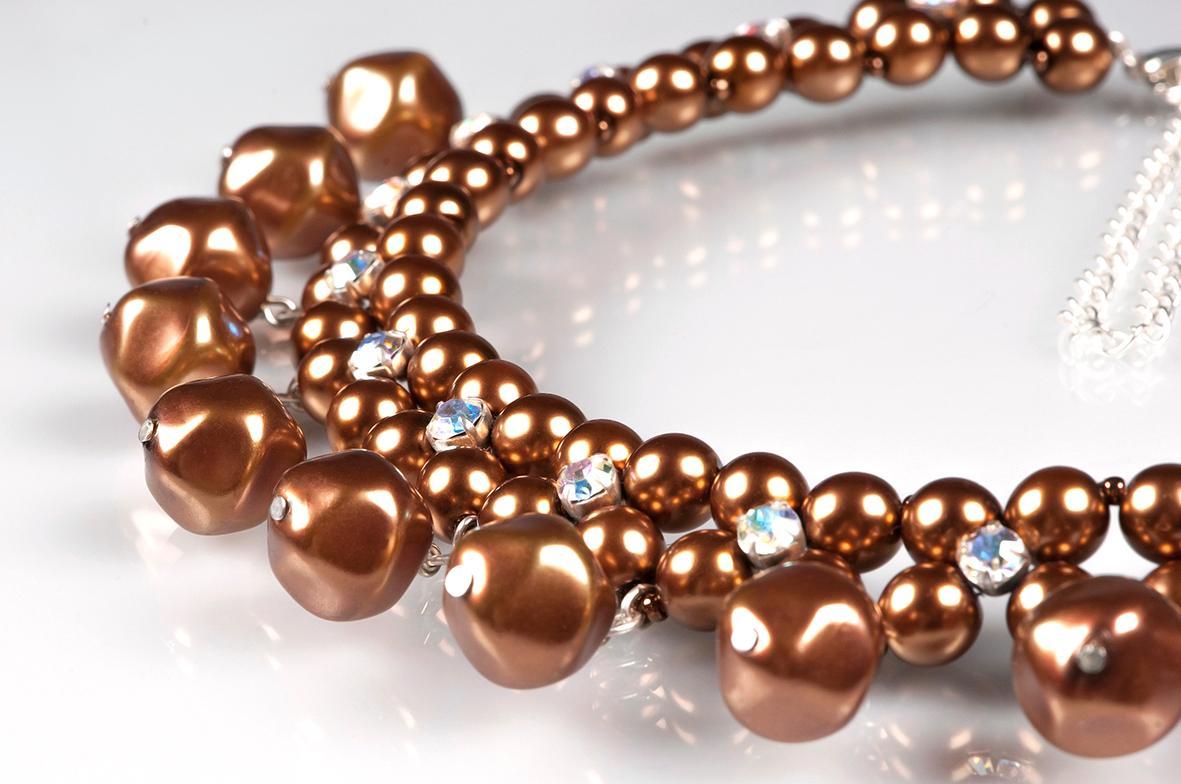 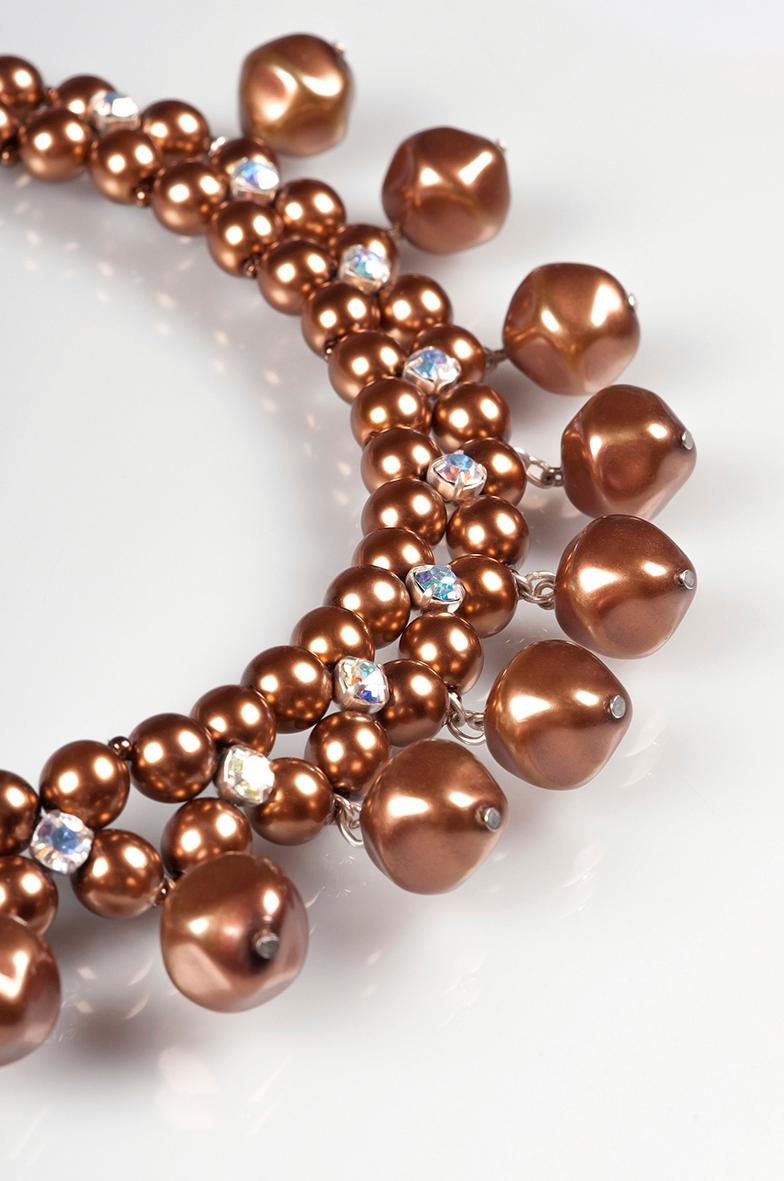 Download Small evening set made from imitation pearls in PDF