PRECIOSA ORNELA introduces you the fourth exhibit of the Limited Collection Design Desná 2017, created by the designer Václav Hanuš in the second half of the 20th century.

Glass Blown into a Metal Mold, Polished and Matted

The 1970’s dawned with a more sober attitude towards the wide variety of options that had been opened up in the previous decade. This appeared in both the narrower perspective on trips to the planets in our solar system as well as in the near global nuclear catastrophe. It was as if the world, rushing headlong forwards, suddenly took its foot off the pedal. The first serious oil crisis and the associated recession undoubtedly had something to do with this.

After the military suppression of the Prague Spring in 1968, Czechoslovakia, whose reforms were thus quashed by Soviet Union, was ruled by socialist normalization. The blood of the invasion’s victims soon soaked into the earth and attempts at active opposition turned into passive resistance and artistic metaphors. Even demonstrative movements like Charta 77, whose leaders included playwright Václav Havel, did not gain significant public support. Normalization created ‘normal’ citizens, whose aims included a ‘normal’ life. A country where “yesterday” meant “tomorrow” was born. 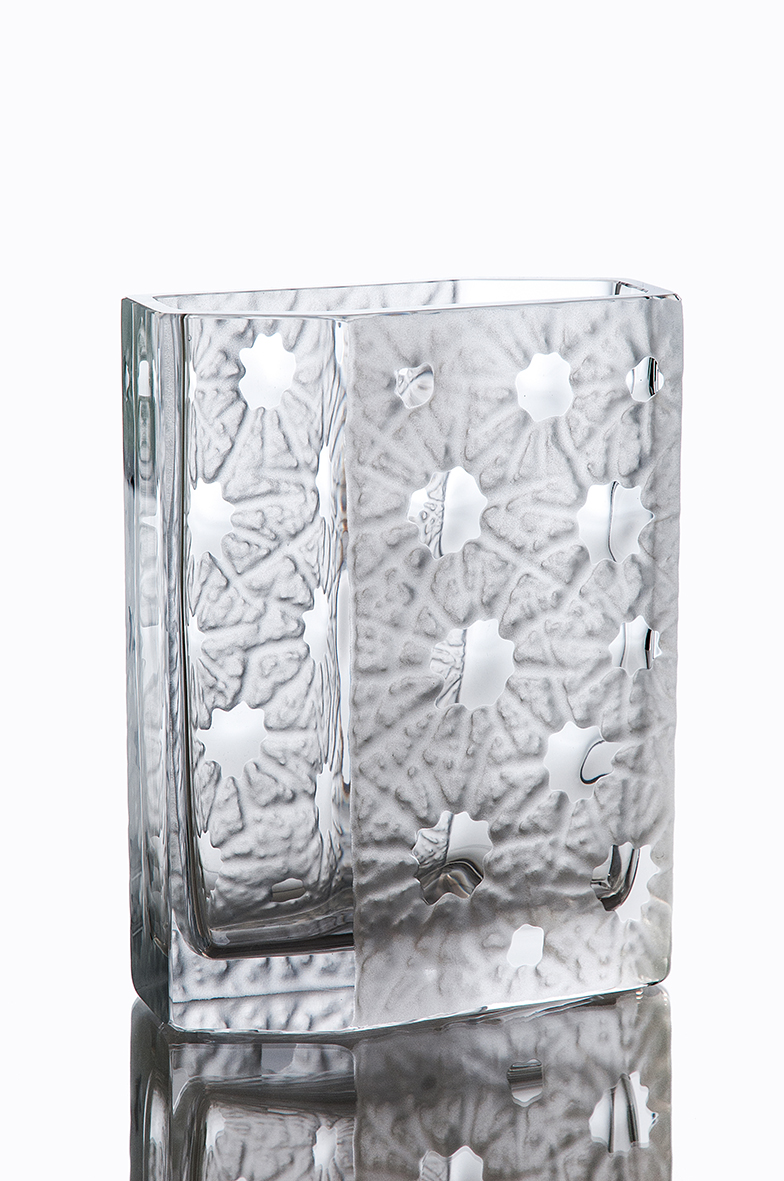 You can view all selected exhibits from the LIMITED COLLECTION at the coming Desná Glass - Design Desná exhibition at the Museum of Glass and Costume Jewellery in Jablonec nad Nisou from 7th December 2017 to 15th April 2018.

The purchase of selected articles will be possible from December 2017.
Contact: Martin Koutný

From December 2017, you can also look forward to the new book publication DESNÁ GLASS 1847 - 2017, which constitutes the culmination of the celebration of the 170th glass making anniversary in Desná.