The "Fleet Muse" Trophy at the Skoda Auto Museum

The "Fleet Muse" Trophy at the Skoda Auto Museum 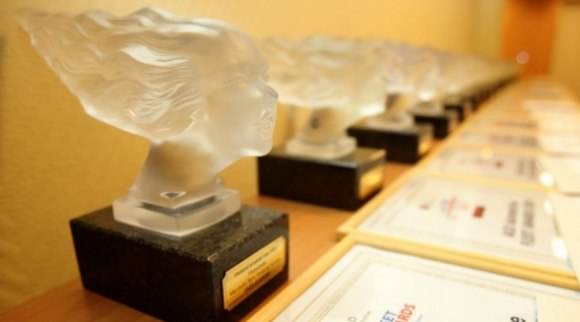 We have already informed you about the Fleet Awards survey several times. The results of the survey are used as the basis for the announcement of the Company Car of the Year Award, as well as the awards for the fleet products, services and personalities of the year. The aim of the survey is to recognise those products and services which stand out in their given market segments.

The trophy for the winner of the Fleet Awards is the Fleet Muse, a glass statue on a granite base which is produced by PRECIOSA ORNELA in Desná v Jizerských horách. The statue symbolises the resourcefulness and dynamism, which should be the main attributes of a successful fleet product supplier, but there are also several other reasons why the organisers chose this statue. There is no doubt that this includes the tradition and high artistic value of the glassworks' products, but there was also one additional, very specific reason: the Fleet Muse is closely linked to motoring. In the 1930s, it was sold as a mascot to be mounted on automobile radiators. At that time, this highly fashionable accessory became an item of great interest to collectors, which continues to be the case today. Preciosa Ornela now offers an entire series of glass figures which were previously used as mascots on car radiators. The set of six statues can be viewed here.

The Skoda Auto company can also boast a Fleet Muse Trophy, which it received in the managerial vehicle category in 2013. The trophy was part of the exhibition of awards, which the car company has received during its 25 years of cooperation with the Volkswagen Concern, at the Skoda Museum.