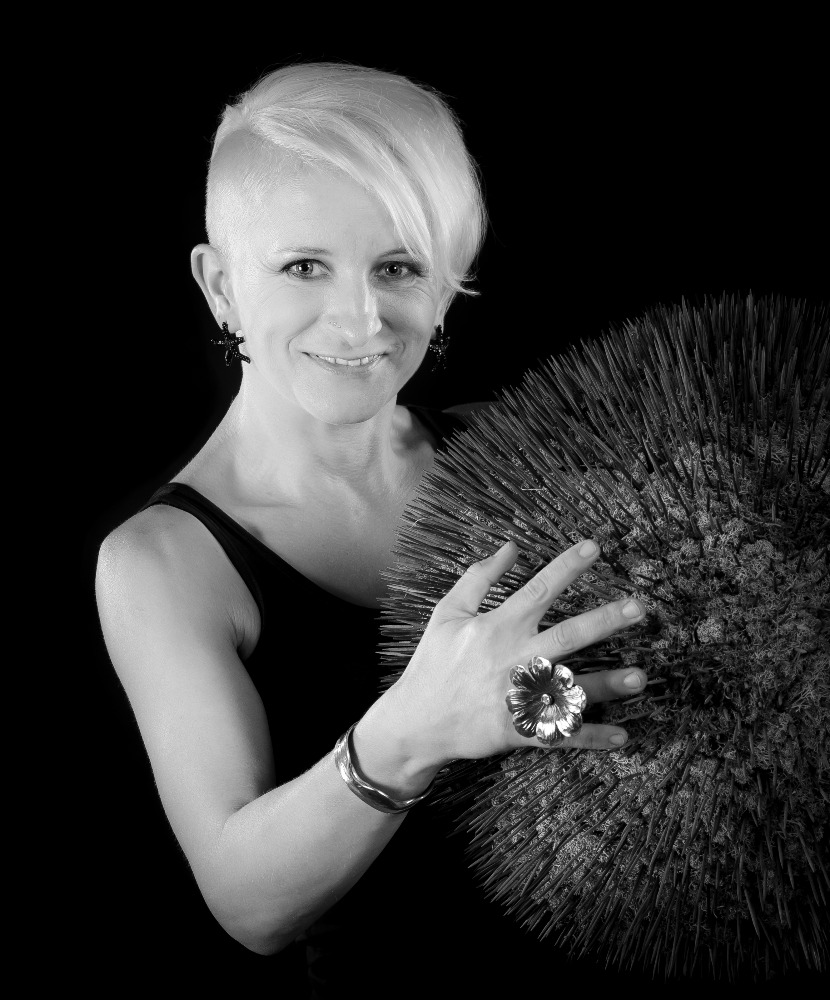 In September 2015, she opened her first florist shop called Květiny Koule in Benešov, which is located at Karla Nového 2156 and can be found on Facebook at Facebook. She will compete for the title of the European champion in flower arrangement in Genoa, Italy from 7th to 9th April 2016. Klára Franc Vavříková was born in 1978, she lives in Sázava and she is a multifaceted and highly creative personality.

She studied garden architecture at the Mělník Gardening Secondary School. Her development in the area of floral arrangement has undoubtedly been assisted by her tertiary education in the creative field of garden and landscape architecture in which she graduated at the Gardening Faculty of the Mendel University in Brno. Her most significant successes in the area of flower arranging include the 2014 Master Florist title at the 43rd Flower Arranging Championships of the Czech Republic – the Děčín Anchor, the title of 1st runner up at the 2014 Flower Arranging Championships of the Slovak Republic – Victoria regia, 2nd place overall at the Brno Rose international flower arranging competition in 2014, the absolute winner of the 2013 Rosa pragensis florist competition and second place at the 2015 Wedding Bouquet competition. As well as competing, Klára also holds flower arranging seminars, does flower arrangements in churches, prepares wedding bouquets and comprehensive wedding settings and exhibits for the wider public during florist exhibitions associated with flowers and agriculture.

She is the co-organiser of the Representative Floral Ball of the Town of Sázava and regularly prepares the Floral Day at the Sázava Monastery. She organises the Blooming Jezeří – Château Flower Art event every year to draw attention to the beauty of this area in the vicinity of the landscape of the Most area which has been devastated by opencast mining. During most of these activities, she endeavours to involve students from gardening schools so that she can pass on her experience to them and she also dedicates herself to the training and expert preparation of several talented young florists, not only in relation to flower arranging competitions. As well as all the aforementioned activities, she is also a wife and the mother of two children.