Necklace made of PRECIOSA beads and seed beads

Use interesting and attractive opaque red beads to make an elegant necklace.

metal – copper; the cap (the same internal diameter as the thickness of the cord); a long eye pin; counter-rings; ovals; a carabiner; an adjusting chain (10 cm) 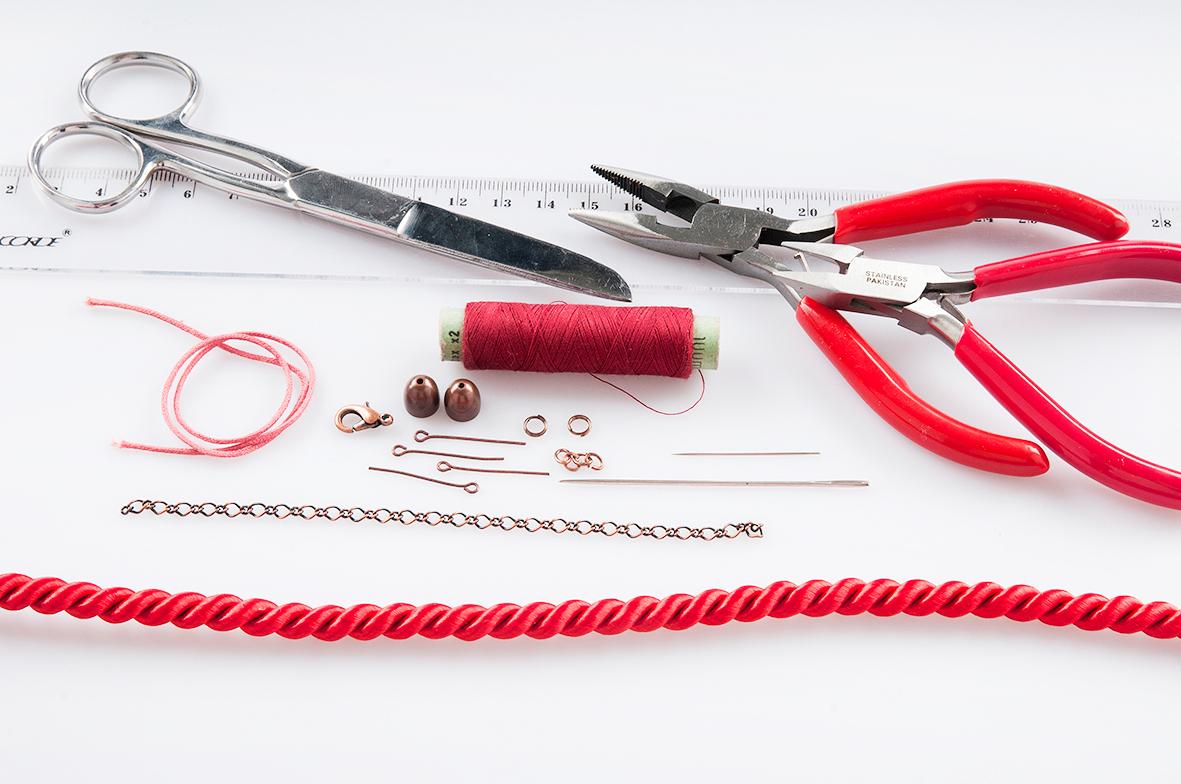 The necklace is made from a mixture of beads and it is not necessary to precisely adhere to the color scheme.

The basis of the front part of the necklace consists of an arch where the small and large sized PB alternate (10x small and 9x large). Further PB are threaded on to them by passing the thread through the large sizes. Always by 2 beads. Alternate the threading. Initially 1x small PB and 1x large PB once. Thread through the next big PB 2x, initially 1 small PB a together with 1 large one, then string on 2x small PB. Thread the threads into a tailor's needle with a large eye. Proceed according to the drawing. Try to tighten the threads as much as possible. 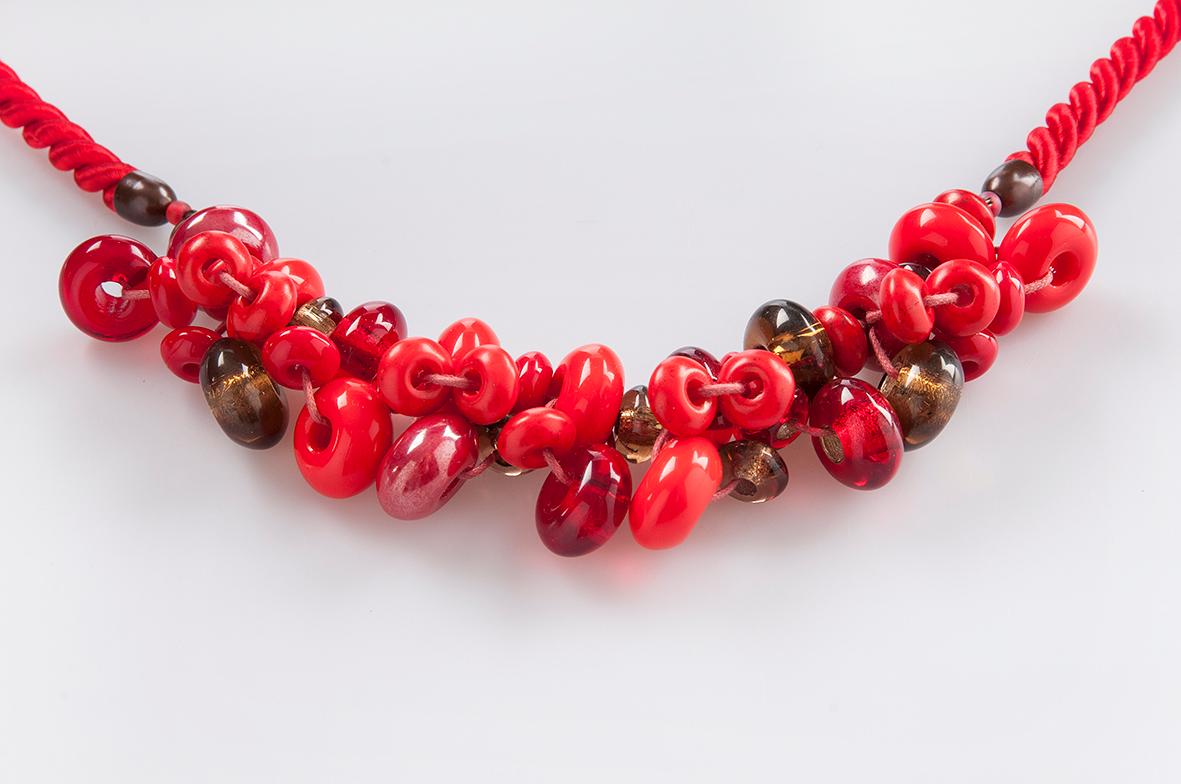 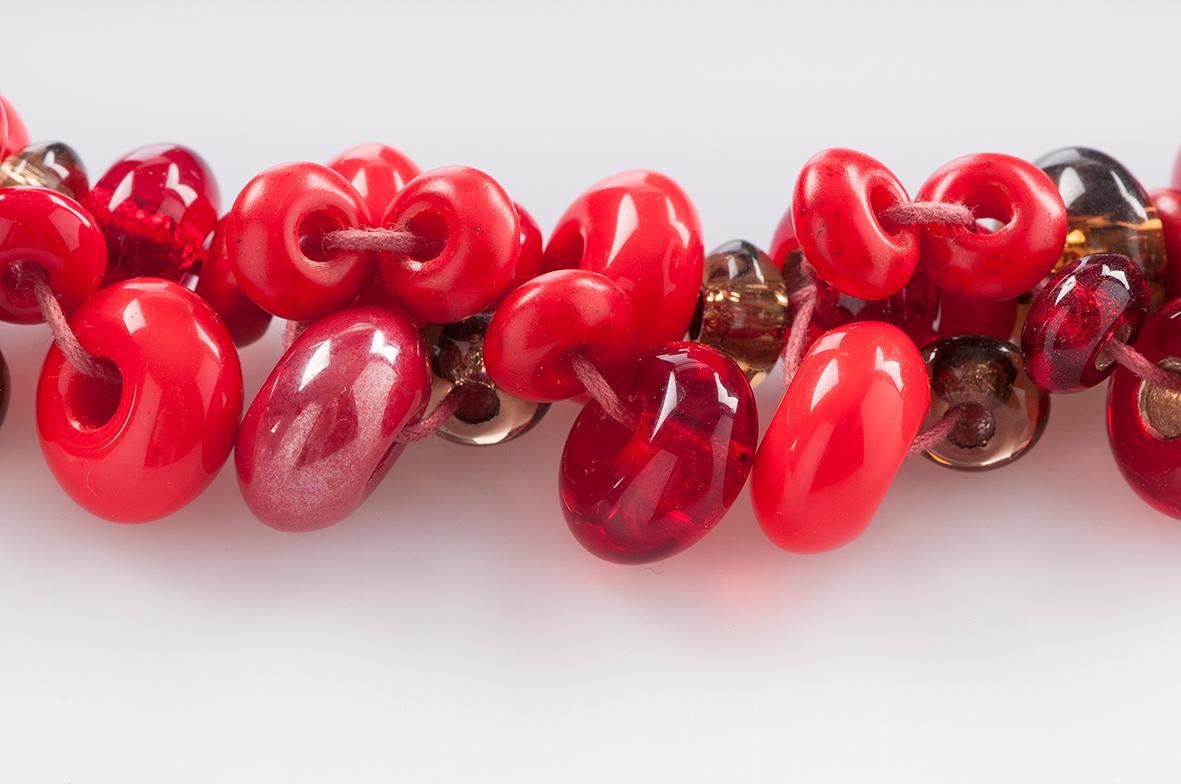 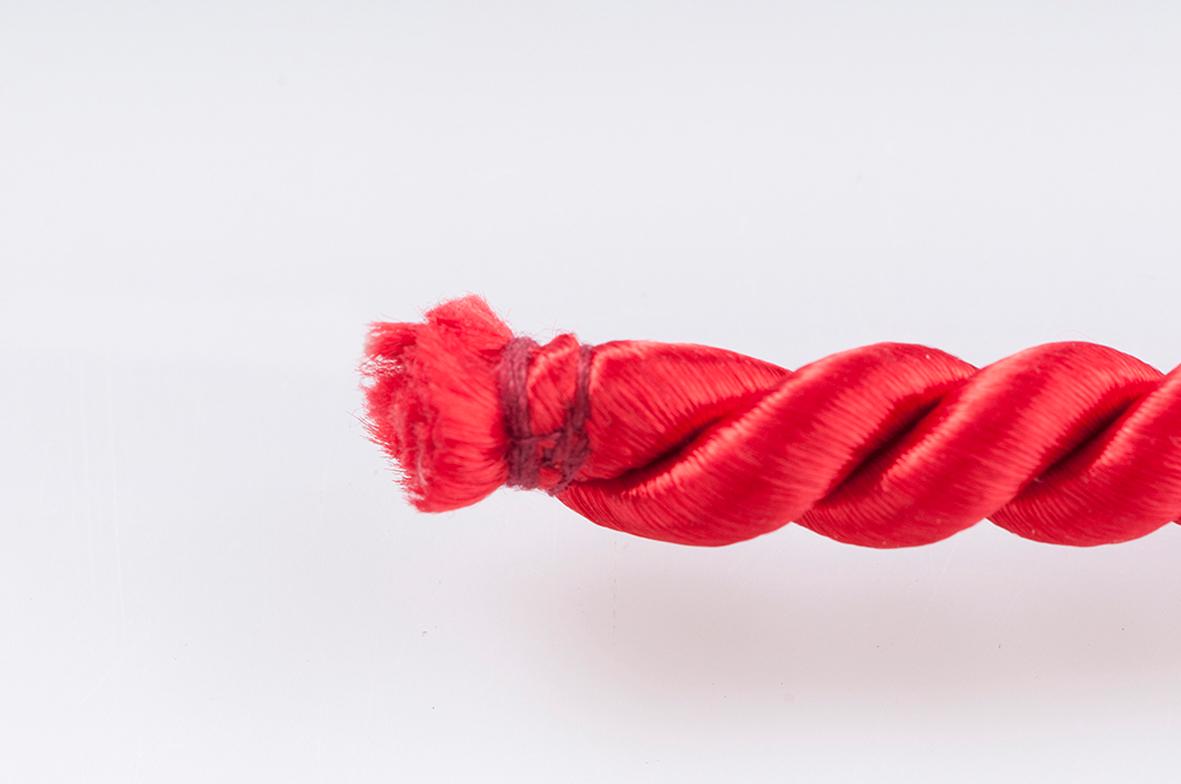 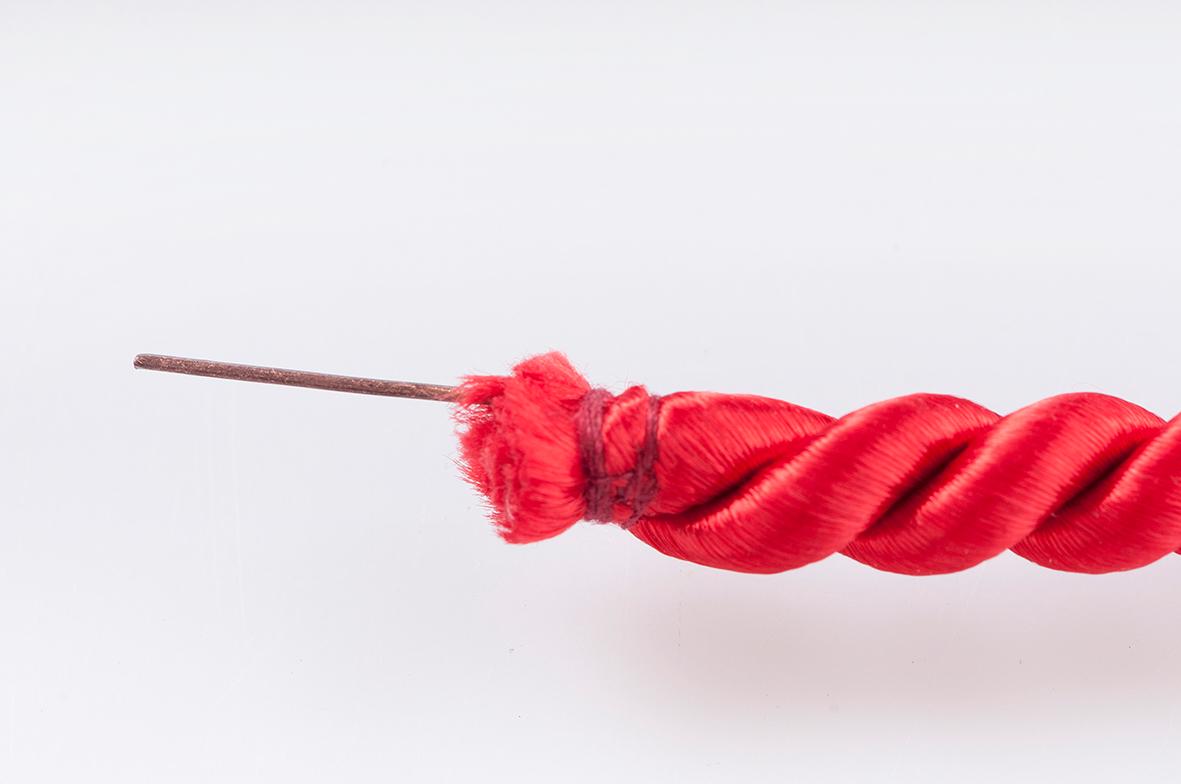 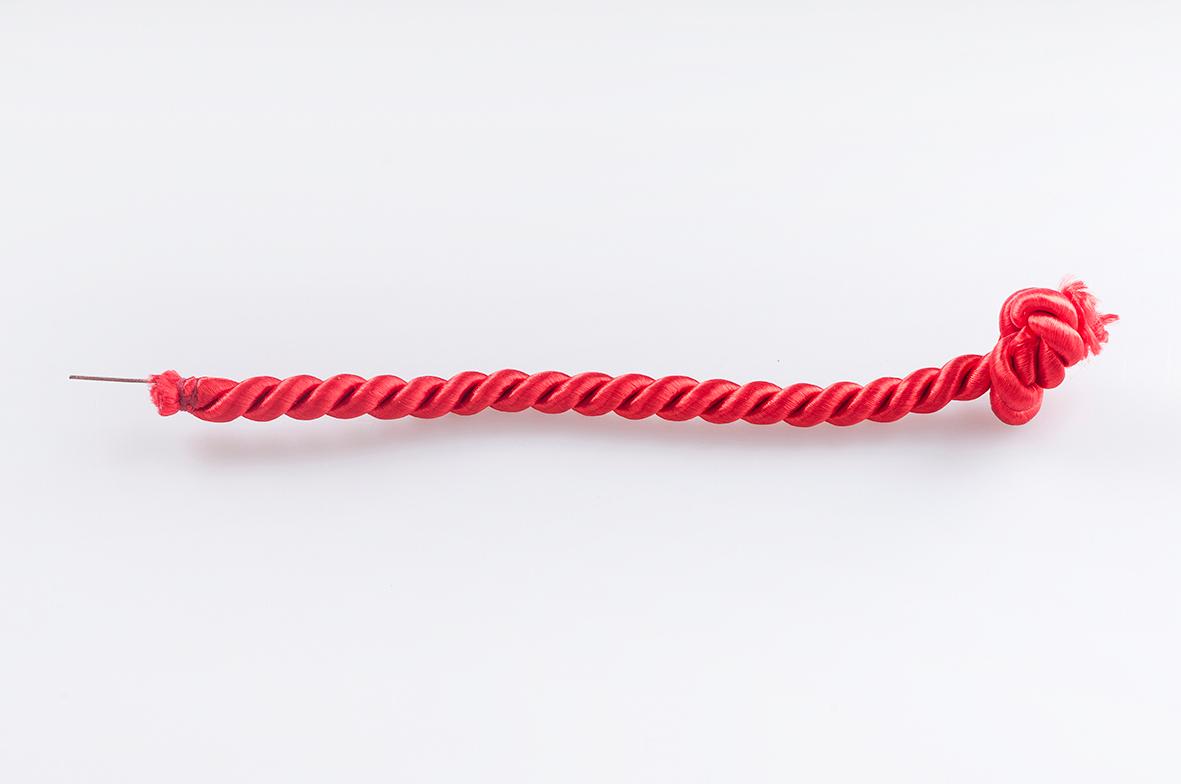 String a cap and an R8 onto the eye pin. Link the eyes. Connect one to the counter-ring at the front section. Continue in the same way with the second side part.

At the end, connect the fastening, the carabiner and both ends of the adjusting chain to the eye pins at the ends of the cords using the ovals. 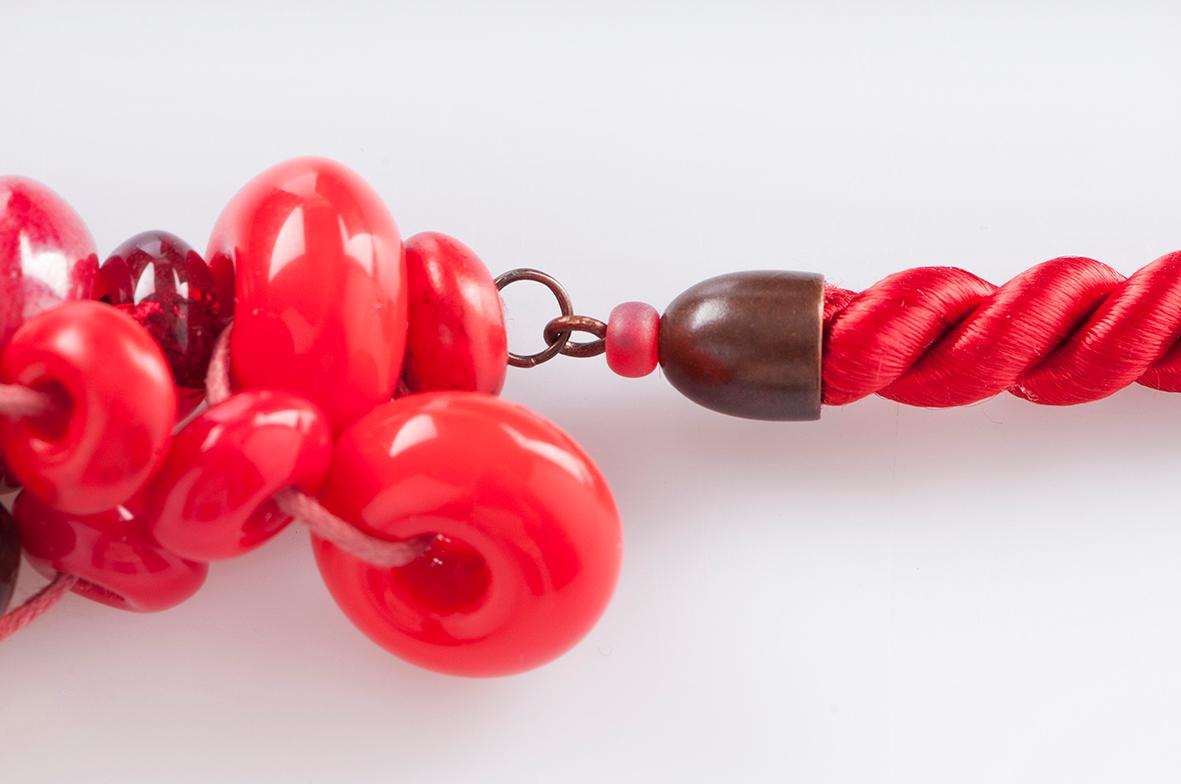 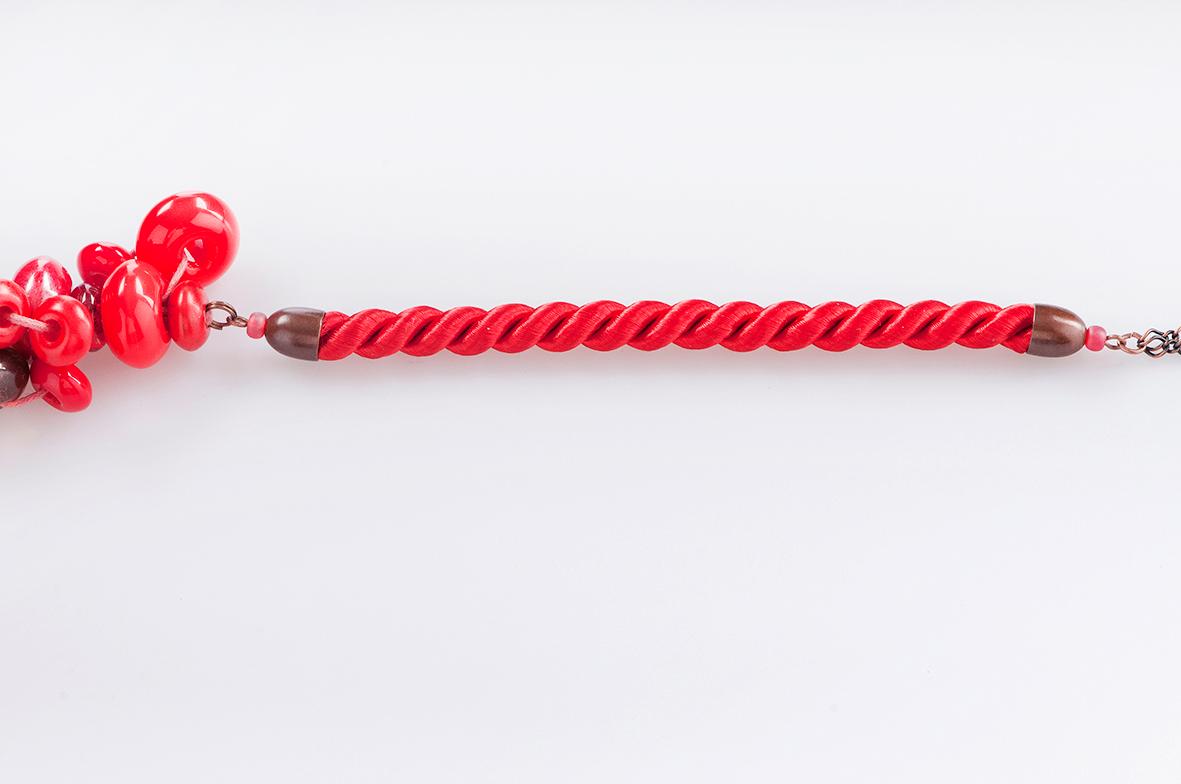 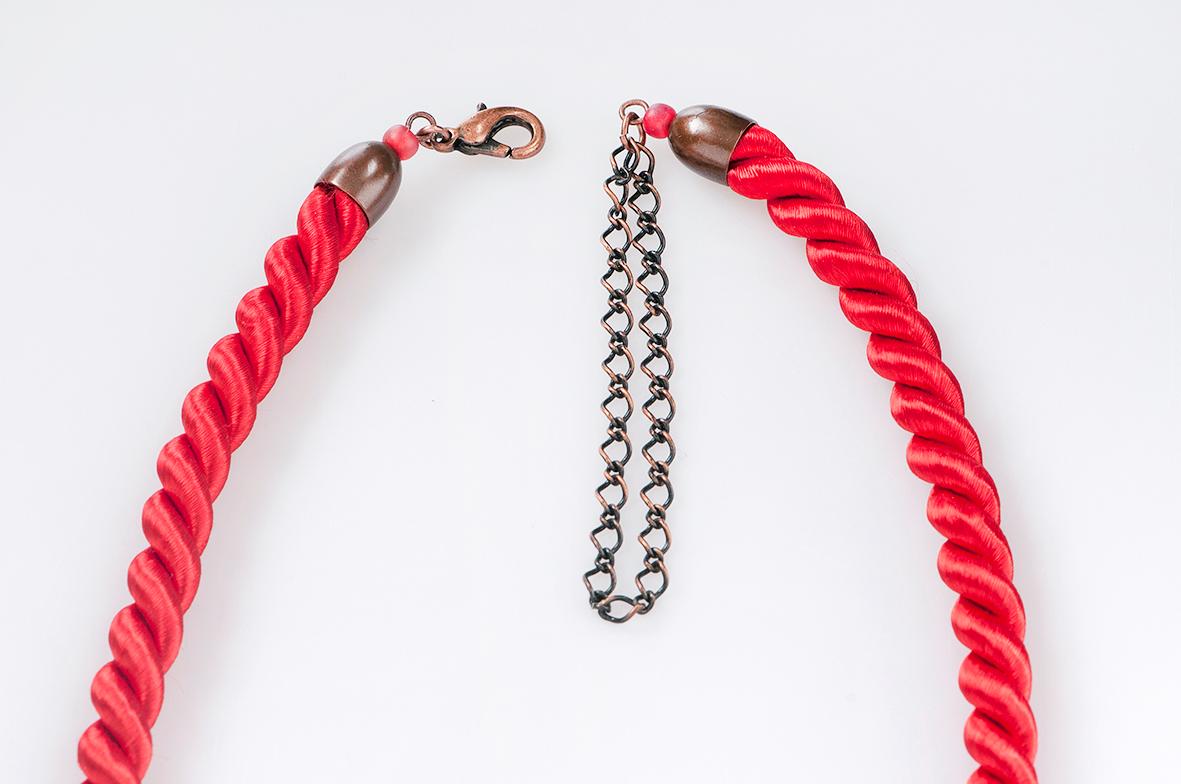 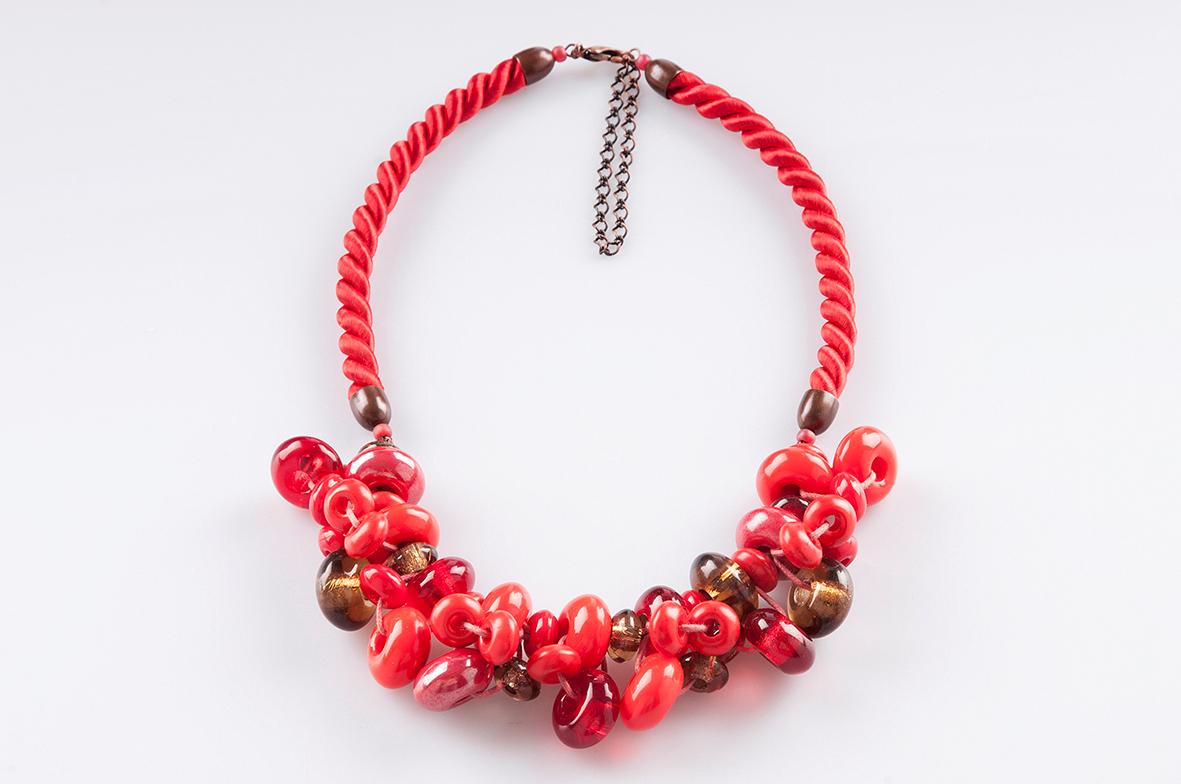 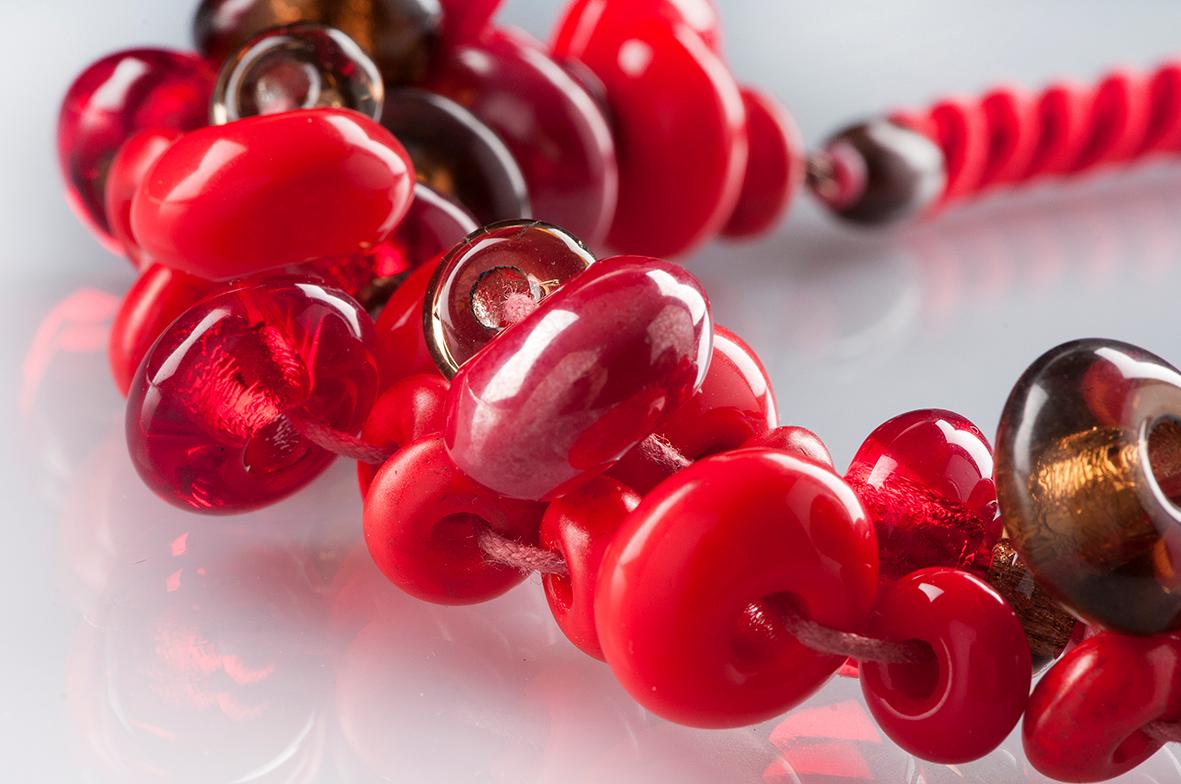 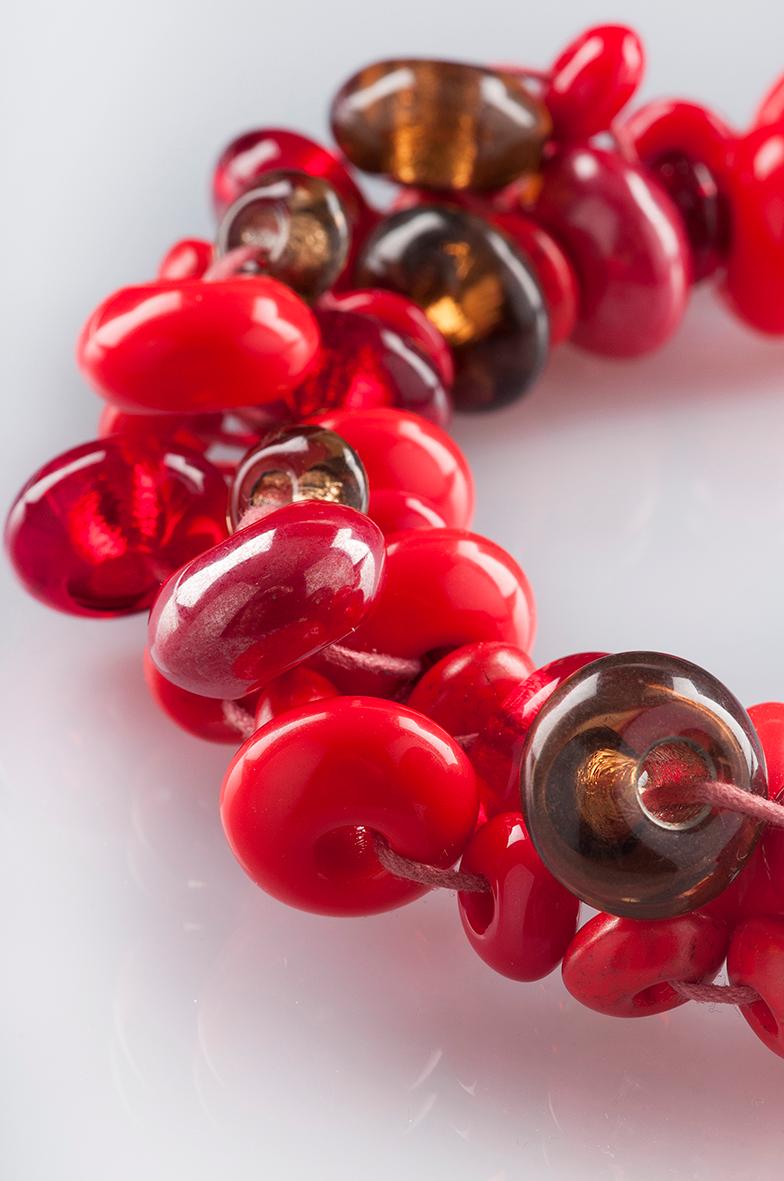