The Battle of the Beadsmith has its first Czech winner

The Battle of the Beadsmith has its first Czech winner 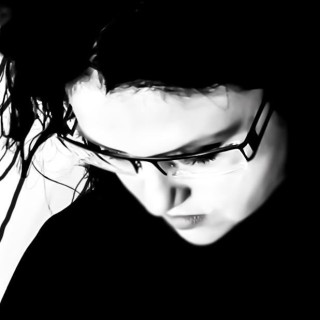 The international Battle of the Beadsmith competition for sewn beaded jewelry has its first czech winner.

The winner of the international Battle of the Beadsmith competition for sewn beaded jewelry in 2014 (BOTB '14) was the Czech designer Dita Koksová with her necklace entitled a Touch of Paradise. She succeeded in the face of extensive competition from 255 participants from 40 countries, of which most are truly at the top of their field. This is the first ever win for a Czech designer in this prestigious competition.

I like practical things. I like it when things have an idea behind them. I am happy when things look good. I like applied art. I like good ideas. I like to create. I like to improvise. I like to turn old things into new ones. It like to utilise things. I like to approach things in my own way. I entered the world of sewn rocailles approximately three years ago (at Easter 2012). To be honest, I wasn't overly enthusiastic about beads at first. I was slightly pushed into it so that at the given moment my hands were not idle as I spent time in the company of my "beadwork obsessed" friends. I therefore started with a borrowed beadworking needle, a monofilament thread, bag of beautiful metallic green rocailles (Preciosa) which had been given to me and instructions on how to sew a plastic triangle downloaded from the internet. And it was a trainwreck. I still bear the scars today and they are not improving  ;).

I completed the triangle (I wear it) and I threw myself into further tutorials. I learnt a lot and I enjoyed it greatly. Very quickly, however, I ceased to be happy with following other people's tutorials and I gradually started designing my own pieces. My current work is exclusively my own and I like making large items (which have large dimensions and are time demanding) which range from original to extravagant, are colorfully elaborate and are more suited to being worn in high society than to everyday wear. I very much like to work "on a theme": I try to think up an idea, a mood, to find inspiration and then to watch as the work freely grows in my hands and to follow how I have succeeded (or failed) to get close to what I had in mind – I enjoy that, it fulfils me.

Is there anything about beads which I don't like? Yes, there is :) ... finishing off the work: overcasting, lining, fastening, etc. ... simply everything which is uncreative, but the things which are essential for the piece, because the finishing work is the thing which makes the result perfect and it is only once this has been completed that the piece shines... and when it is finished, it was all worth it.